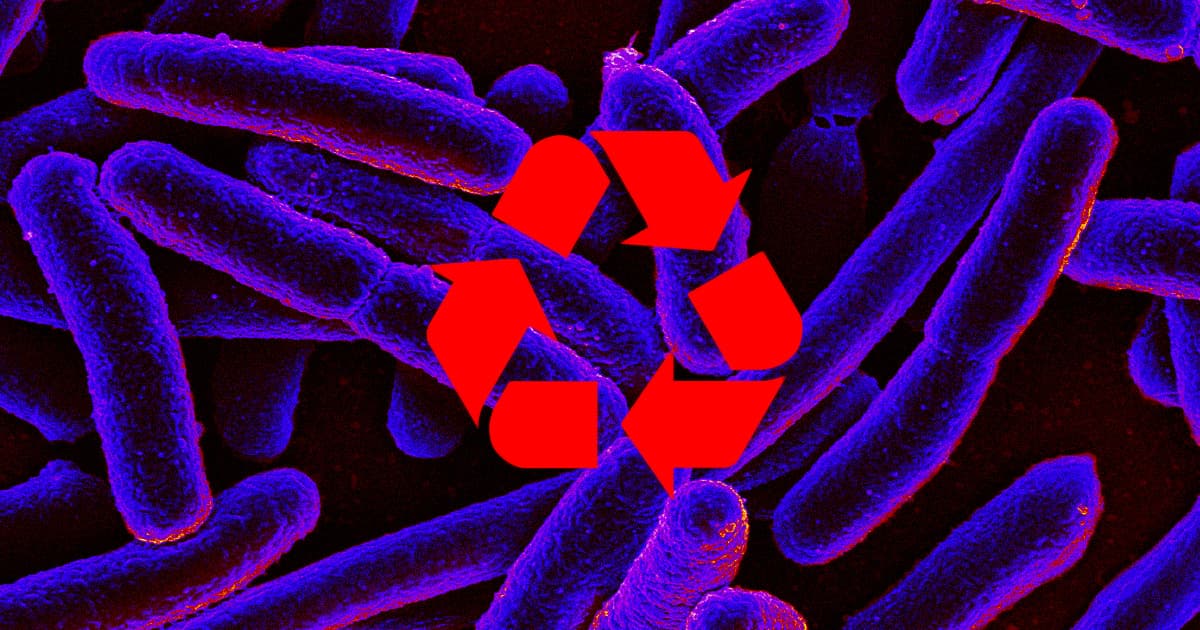 Bacteria Could Allow Us to Recycle Electric Car Batteries

Microbes may be the answer to our EV recycling woes.

Microbes may be the answer to our EV recycling woes.

While the rise of electric cars is leading to a significant drop in air pollution, the rare metals like lithium, cobalt, nickel, and manganese that are needed to manufacture their batteries are increasingly in short supply. The spike in demand for these metals is also leading to problematic gold rushes in poverty-stricken areas of the world.

But thanks to new biotechnologies, there might be a much better way of recycling old batteries that doesn't involve melting everything down and then extracting the metals, a highly energy-intensive process.

In a piece for The Conversation, researcher and professor at Coventry University in the UK Sebastien Farnaud argues that bacteria could provide us with a far more effective and green method of extracting precious metals from used electric car batteries.

Not only could the technology allow us to recycle more batteries — according to a 2019 study, the EU recycles less than five percent — the process is far less energy-intensive as well.

The process called bioleaching or biomining uses microbes that are capable of oxidizing metals as part of their metabolism, as Farnaud explains in the piece.

The technique isn't new and has already been used in the mining industry to extract metals from ores. It has also been used to recover valuable materials from circuit boards, solar panels, and even nuclear waste.

Bioleaching requires bacteria to be grown inside incubators at 98 degrees Fahrenheit. Thanks to its small carbon footprint, it's a much greener alternative when compared to traditional recycling methods currently being used.

"Rather than remaining an afterthought, recycling can become both the beginning and end of an EV battery's life cycle with bioleaching," Farnaud argues, "producing high-quality raw materials for new batteries at low environmental cost."

More on electric car batteries: Electric Car Batteries Are Turning This Country Into an Actual Hellscape

Reduce, Reuse, Landfill
A Shocking Amount of US "Recycling" Goes Straight to the Landfill
10. 24. 22
Read More
Electric Cars Are Too Important For Elon Musk to Put at Risk
7. 16. 18
Read More
China Isn't Taking Our Recycling. Here's What We Could Do With It Instead.
5. 30. 18
Read More
+Social+Newsletter
TopicsAbout UsContact Us
Copyright ©, Camden Media Inc All Rights Reserved. See our User Agreement, Privacy Policy and Data Use Policy. The material on this site may not be reproduced, distributed, transmitted, cached or otherwise used, except with prior written permission of Futurism. Articles may contain affiliate links which enable us to share in the revenue of any purchases made.
Fonts by Typekit and Monotype.