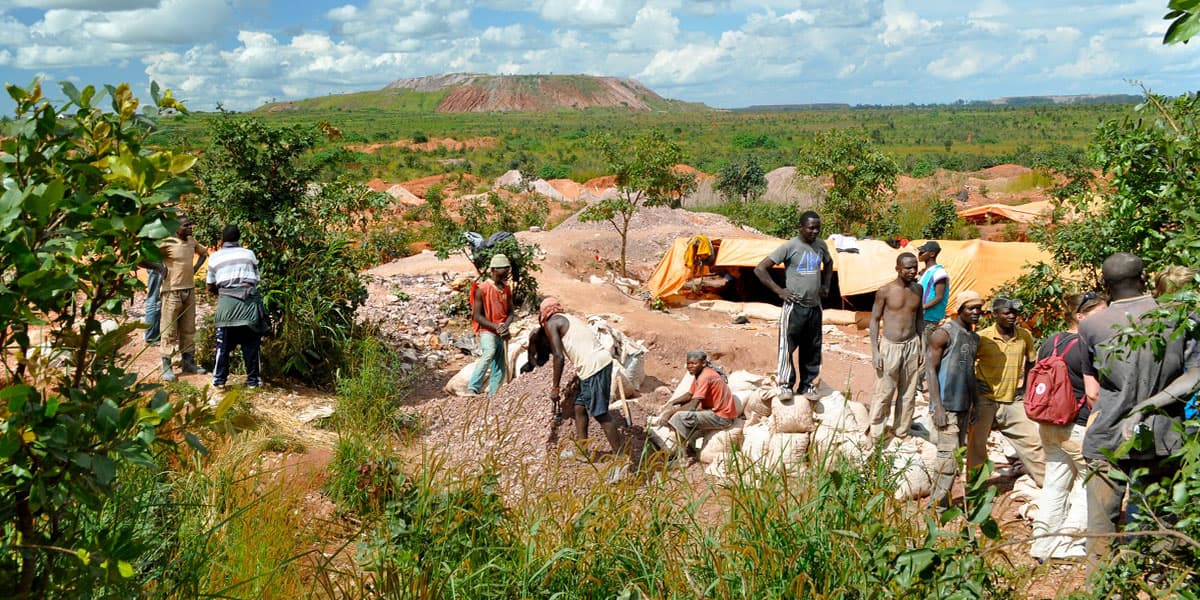 Electric Car Batteries Are Turning This Country Into an Actual Hellscape

Cobalt mining is having a disastrous impact on the Democratic Republic of the Congo.

Cobalt mining is having a disastrous impact on the Democratic Republic of the Congo.

As the demand for gadgets and electric cars grows, so too are the mining operations that dig up cobalt to use in lithium-ion batteries.

And that's become a serious problem for the Democratic Republic of the Congo, The New Yorker reports, which sits atop about 3.4 million metric tons of the stuff — half of the entire planet's supply. A massive, gold rush-like mining industry was born after residents in poverty-stricken areas discovered ore deposits under their homes. But now, many are finding that digging up the valuable mineral has failed to lift them out of poverty. And meanwhile, dangerous conditions are killing miners as exposure to the metal is poisoning both people and the environment.

A lack of regulations and enforcement over the mines has resulted in the miners, who risk their health and safety for financial security, being exploited by officials and traders who are unscrupulously lining their own pockets, according to The New Yorker. One miner told the publication that he now struggles to pay his $25 monthly rent even as the value of cobalt continues to soar — and the only alternative was to work at a major corporation's mine for considerably less money.

Meanwhile, thousands of children have been put to work as well, according to The New Yorker, some of whom say they can't remember the last time they could afford a meal. In order to keep them working, the kids are often even drugged with appetite suppressors.

In recent years, Chinese companies bought up most of the mines in south Congo, and have since imposed more regulations on the sites to keep miners safe. But rampant pollution from the mines have still left vast swathes of land uninhabitable, as lakes are poisoned and children and pregnant women are kept away for their own safety — and soldiers will routinely patrol cities with machine guns and rocket launchers to keep miners from sneaking in and claiming cobalt for themselves.

In the face of the economic and environmental destruction caused by cobalt mining, electric vehicle companies like Tesla will occasionally respond to public pressure to divest from the mineral and explore alternative battery tech. But while Tesla has pledged to move away from cobalt batteries, according to The New Yorker, it has yet to actually do so or even put out a plan detailing how it might even try to.

READ MORE: The Dark Side of Congo's Cobalt Rush [The New Yorker]