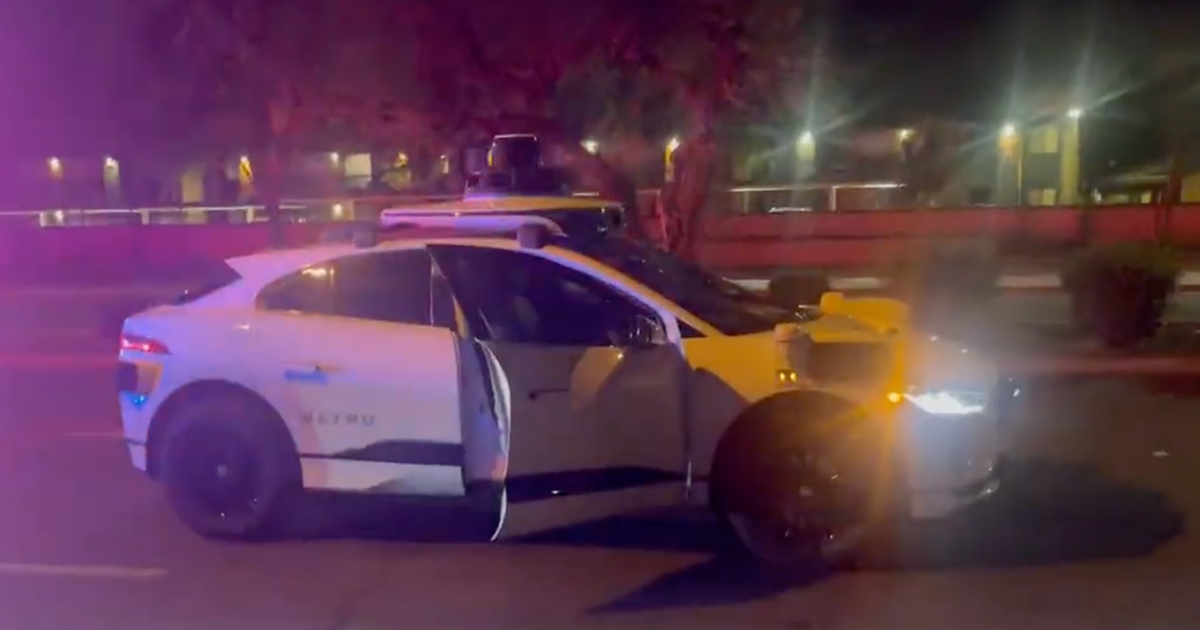 They went ham on that thing.

They went ham on that thing.

People in Tempe, Arizona apparently really hate Waymo's autonomous, self-driving vehicles — so much so that a pedestrian attacked a vehicle with at least one passenger inside earlier this week.

A pedestrian ran out in front of the vehicle in the early morning hours on Tuesday while it was in self-driving mode, the Verge reported on Thursday. Waymo spokesperson Nick Smith told the pub the person was "erratic" and injured the safety driver after the drive manually came to a stop. The pedestrian attacked the hood of the Waymo car and punctured the windshield. Police apprehended the person and took them to a treatment facility.

Before the news hit, though, one Twitter netizen grabbed footage of the destroyed car that shows just how bad the damage was. Although it's not clear exactly what the pedestrian used or how they managed it, there's a giant hole in the windshield's middle, shown below.

A new Waymo Jaguar was in a single vehicle accident tonight. First responders confirmed it did not strike another vehicle. At least one person was transported as I arrived. Windshield is completely destroyed. Well lit area. #waymo #jaguar #SelfDrivingCars #tempe #google pic.twitter.com/oBqDflE45o

It's not uncommon to hear stories about autonomous vehicles accidentally creating havoc, and they've even been known to take human lives in deadly accidents. Now it seems a rash of attacks are going in the complete opposition direction, with pedestrians causing mayhem for riders and drivers in self-driving vehicles.

It's hard to grasp the logic behind violence even if it's not difficult to understand why people don't like self-driving cars. Surely even the most staunchly anti-autonomous folks understand that attacking vehicles with people inside isn't a great way to, you know, ensure people in vehicles are safe?

More on being forward-thinking: Scientists Say New James Webb Photos Are So Powerful It Was Emotional Just Looking At Them

Steering Wheels Coming Off
Automotive Lobbying Group Abandons the Term "Self-Driving"
Jan 26
Read More
Elon Take the Wheel
Tesla's In-Car Cameras Are Now Spying on Drivers to Make Sure They Pay Attention
6. 1. 21
Read More
Look Ma
It's Shockingly Easy to Drive a Tesla Without Anybody in the Driver's Seat
4. 22. 21
Read More
+Social+Newsletter
TopicsAbout UsContact Us
Copyright ©, Camden Media Inc All Rights Reserved. See our User Agreement, Privacy Policy and Data Use Policy. The material on this site may not be reproduced, distributed, transmitted, cached or otherwise used, except with prior written permission of Futurism. Fonts by Typekit and Monotype.