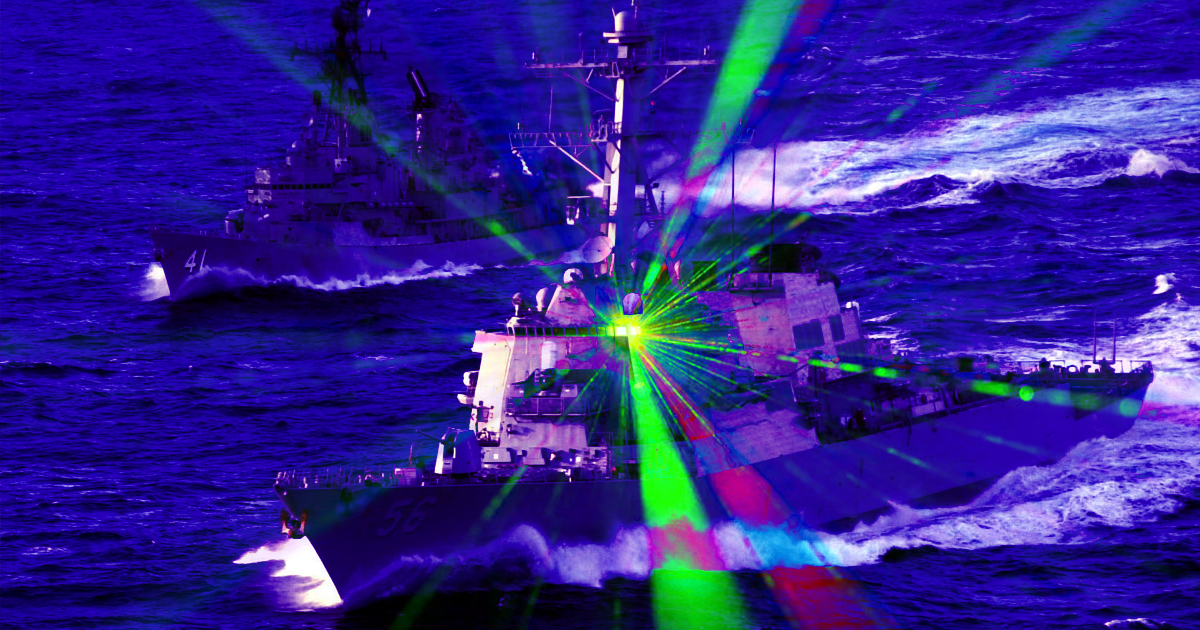 Australian navy pilots claim that they were forced to land their helicopters after Chinese militia boats aimed lasers at them during a routine exercise over the South China Sea.

The laser-induced, precautionary grounding is just the latest of many similar accounts by pilots from the U.S. and elsewhere, according to The Guardian — but now the Chinese government is denying that the incident ever took place.

A spokesman for the Chinese military told reporters on Thursday that the account is “not consistent with the facts,” according to The Associated Press.

The spokesman, Wu Qian, said that Australia ought to “reflect on itself” instead of blaming China.

According to the original account given by Australian officials and academics who witnessed the flight exercise, Chinese fishing boats that serve as a sort of border-patrolling militia followed the helicopters from a “discreet distance,” per The Guardian.

For now, it remains unclear whether the lasers were switched on by startled fishermen or if they were part of a coordinated move to disrupt the Australian exercise.

“The apparent use of lasers in a pseudo-military context is a new development,” Australian National University maritime law expert Don Rothwell told The Guardian.

Artificial Baby
Chinese Scientists Create System to Care For Embryos in Artificial Womb
Feb 1
Read More
From Our Partners
Defend The Galaxy With 26% Off This Laser Sword
10. 21. 21
Read More
Safe Vaccines
China Is Giving People a COVID Vaccine That Isn’t Done Being Tested
7. 31. 20
Read More
+Social+Newsletter
TopicsAbout UsContact Us
Copyright ©, Camden Media Inc All Rights Reserved. See our User Agreement, Privacy Policy and Data Use Policy. The material on this site may not be reproduced, distributed, transmitted, cached or otherwise used, except with prior written permission of Futurism. Fonts by Typekit and Monotype.