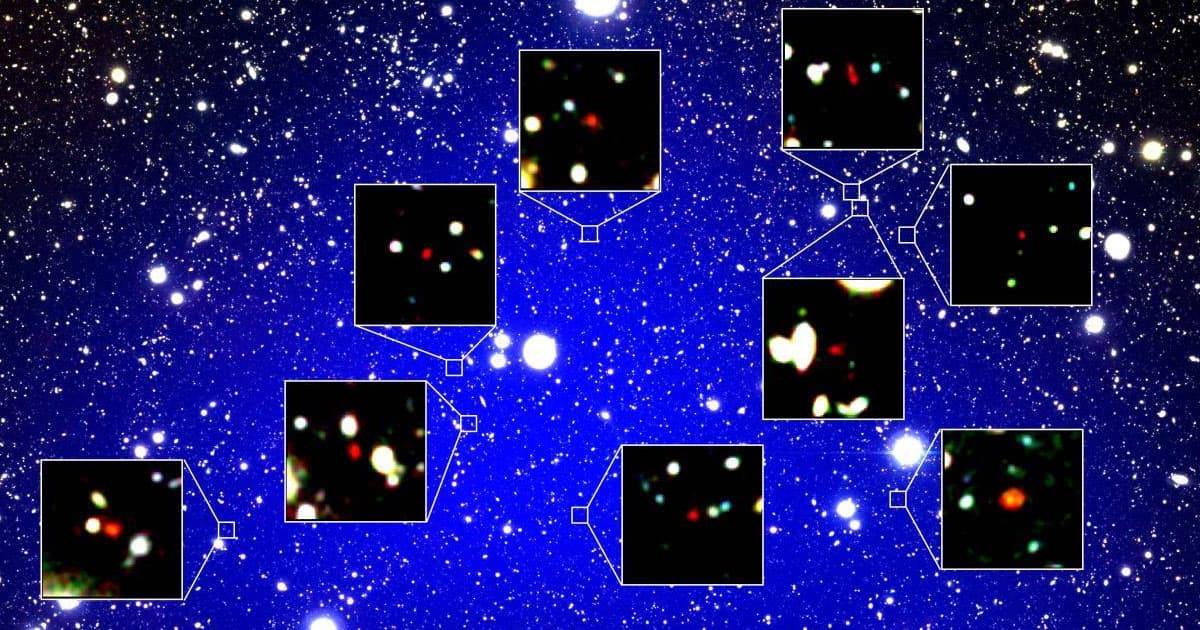 Astronomers Just Found the Oldest Galaxies in the Universe

They're almost as old as the universe itself.

They're almost as old as the universe itself.

Astronomers just spotted a protocluster of galaxies that are older than any others in the known universe.

The discovery only recently became possible, because the light given off by the galaxies’ stars reached Earth after making an epic 13-billion-light-year journey across the universe, Live Science reports. The ancient group is just about 800 million years younger than the universe itself — and its unexpected behavior could shed light on how the cosmos have changed over the past 13 billion years.

In tightly-packed galaxy clusters, star formation tends to be stunted — the most active galaxies tend to be more spread out. But the opposite seems to have happened in this ancient cluster, according to research published Monday in The Astrophysical Journal, with 15 times more star density than expected.

The twelve galaxies that make up the newly-discovered protocluster seem to have been hotbeds of stellar activity, back in the early days of the universe, Live Science reports — but the large, international team of researchers behind the discovery haven’t yet figured out why.

That mystery aside, Live Science reports that the very fact that such a dense group of galaxies could long ago upends how astronomers thought the cosmos worked.

“These results will be a key for understanding the relationship between clusters and massive galaxies,” University of Tokyo researcher Masami Ouchi, who contributed to the discovery, said in a press release.

More on space: Astrophysicists Warn That Entire Galaxies “Are Being Killed”