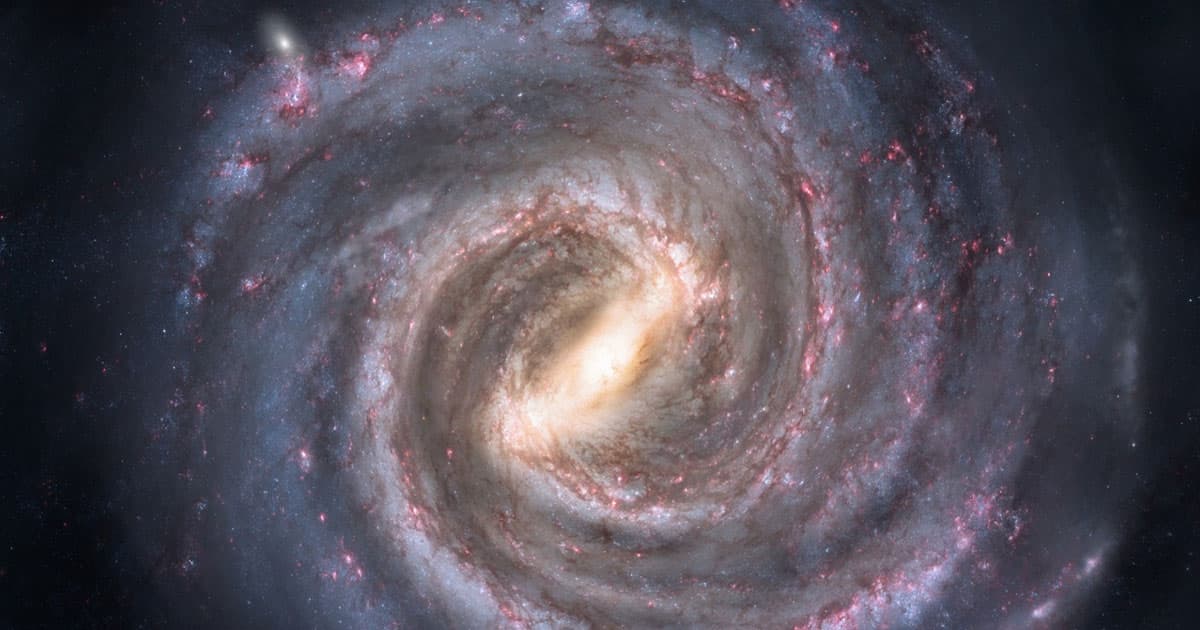 Astronomers: Our Galaxy Is Belligerently Flinging Stars Into Space

New research suggests that the supernovae in the center of our galaxy could be constantly launching stars out toward its outermost reaches.

New simulations by University of California, Irvine researchers show how clusters of exploding stars could be powerful enough to blast their unfortunate brethren all the way out to the boondocks of the Milky Way, CNET reports. The simulations suggest that the catapulting phenomenon could have helped shape our galaxy over time.

The simulations suggest that stars are being flung all the way from the center of the Milky Way to its outer halo, a massive cloud of ultrahot gas that surrounds the galaxy.

"The FIRE-2 simulations allow us to generate movies that make it seem as though you're observing a real galaxy," lead author and physics grad student Sijie Yu said in a press release. "They show us that as the galaxy center is rotating, a bubble driven by supernova feedback is developing with stars forming at its edge. It looks as though the stars are being kicked out from the center."

Yu added that actual data about stars' movement within the galaxy shows streaks caused by stars that match the outward expansion her simulations predict, lending extra legitimacy to the finding.

It's those bursts of outflow, Yu and her team said in the release, that could be re-shaping our galaxy — and which may have been doing so for a long time.

READ MORE: Milky Way could be blasting stars into far reaches of the galaxy [CNET]