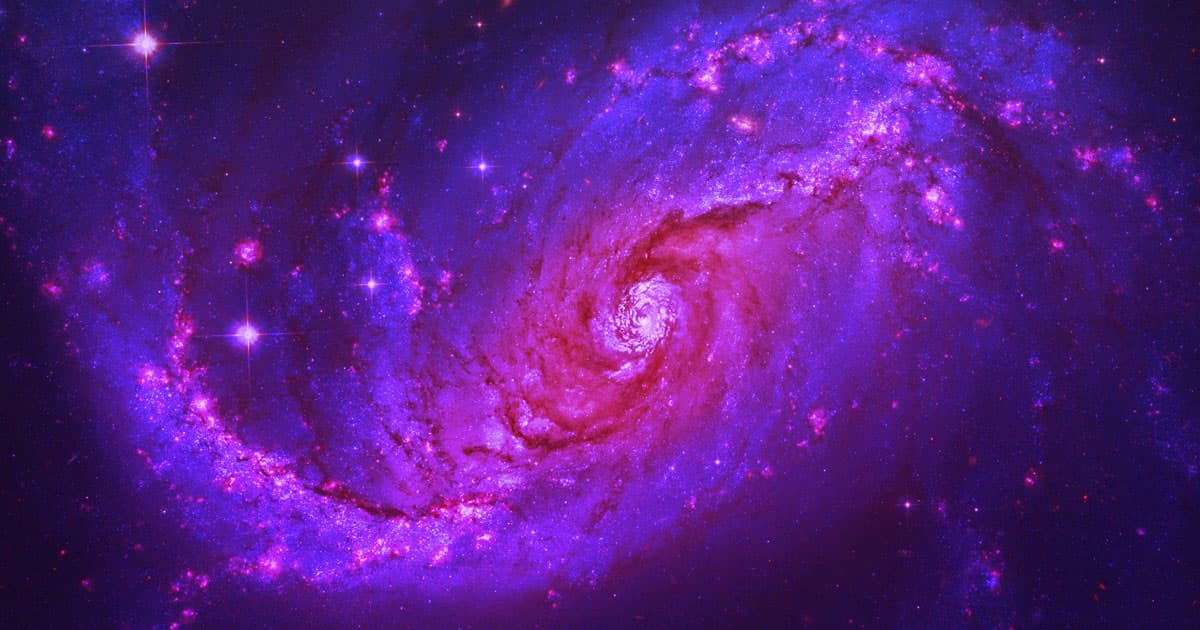 Evidence Suggests That the Entire Early Universe Was Rotating

According to new data, the entire early universe was spinning like a planet or galaxy.

The new theory is based on the observation that more galaxies are spinning counterclockwise than clockwise, New Scientist reports, whereas previous models expected a balance between the two directions.

"There is no error or contamination that could exhibit itself through such unique, complex and consistent patterns," Kansas State astronomer Lior Shamir said in a press release. "We have two different sky surveys showing the exact same patterns, even when the galaxies are completely different."

Using data from three powerful observatories including the Hubble Space Telescope, according to New Scientist, Shamir and collaborators found evidence that a rotating universe influenced the spin of galaxies.

And according to data presented at this month's meeting of the American Astronomical Society, Shamir also found evidence that the universe had an axis of rotation: more galaxies spun counterclockwise when looking up from the Earth's poles and the opposite was true when looking from the equator.

That doesn't mean that the universe itself is spinning around a single point like a giant spiral galaxy. Rather, there's evidence that it rotated across multiple complex and shifting axes at once.

"If the universe has an axis, it is not a simple single axis like a merry-go-round," Shamir said in the release. "It is a complex alignment of multiple axes that also have a certain drift."

READ MORE: The entire universe may once have been spinning all over the place [New Scientist]

More on astrophysics: Scientists: Magnetic Fields May Have Crushed Our Entire Galaxy