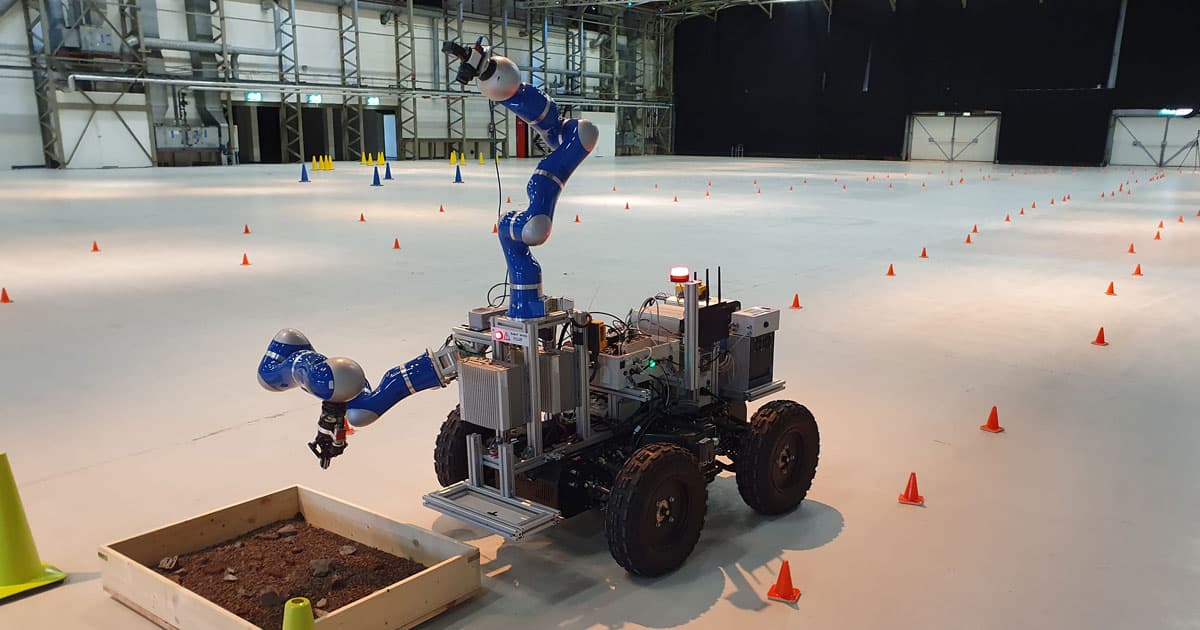 Astronauts Are About to Take Control of a Mars Rover, From Space

But the Mars rover is on Earth. Confused yet? Me too!

But the Mars rover is on Earth. Confused yet? Me too!

The European Space Agency (ESA) is about to test if an astronaut on board the International Space Station is capable of taking control of Moon and Mars rovers from space.

"The approach could greatly increase the scientific return on those missions, as well as offer a way to avoid potential contamination from humans landing on the surface before we can answer questions about existing or previous life on Mars," William Carey, ESA scientist and principle investigator on the project, said in a statement.

As part of the mission, ESA astronaut Luca Parmitano will assume control over a remote-controlled robot that's been placed on a Moon-like surface in the Netherlands. A specialized computer system on board the ISS will guide Parmitano and even allow him to sense what the robot senses using a specialized "joystick."

The ESA will be evaluating the communication methods as well as the astronaut's ability to maneuver the rover from microgravity. If all goes well, the experiment could pave new ways to explore distant worlds without putting humans in danger.

READ MORE: Astronaut to Control a Moon Robot From the Space Station [Space.com]