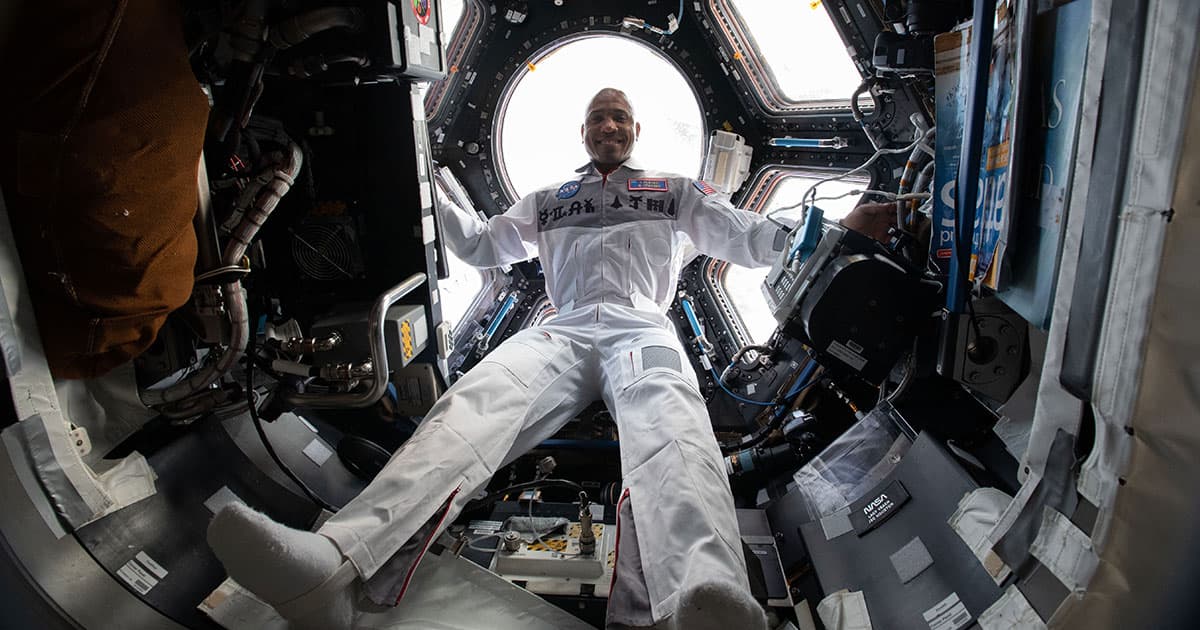 "When you go into the module that has the lifting, the strength training equipment, that's also where the bathroom is."

"When you go into the module that has the lifting, the strength training equipment, that's also where the bathroom is."

NASA astronaut Victor Glover sat down for a chat with Hollywood actor Tom Cruise to prepare him for what it's really like to spend time on board the International Space Station — and it sounds like a surprisingly nose-crinkling experience.

Glover, who was part of the first operational crew mission to the ISS on board SpaceX's Crew Dragon spacecraft in November 2020, gave Cruise several pointers as to what to expect. Cruise partnered with SpaceX in 2020 to film what could soon become one of the first action movies filmed in space.

During an interview for the NASA podcast "The Body in Space" — originally recorded in November, but published Friday — Glover didn't beat around the bush.

"When you first get to space station is when you notice the smell the strongest because you kind of get saturated and you get used to it after, but it was an interesting combination," Glover told Cruise after he asked about the experience of living on board the orbiting space lab.

"And again, it's also local," he went on. "When you go into the module that has the lifting, the strength training equipment, that's also where the bathroom is. So, that's the most odoriferous module."

"That one smells like a locker room," he said, also likening the overall odor of the station to the smell at a hospital.

Glover also recalled what it was like riding a SpaceX Falcon 9 rocket.

"It is such a high-performing liquid rocket," he said. "It's smooth, but it really leapt off the pad. And we got to the 100-kilometer point, and we were all smiles. It was just so amazing."

He also warned Cruise that spacewalks are no cake walk.

"You're moving around a suit that can weigh, with your body, as much as a thousand pounds [editor's note: according to NASA's documentation, an astronaut in an extravehicular suit weighs closer to 500 pounds], and you very rarely use your legs," he told the actor. "It's like running two marathons but on your hands the whole time."

Despite Glover's return to Earth going by without a hitch, he recalled a familiar sensation.

"However, it was at that time, I'm now back in 1 g, I feel my 200 pounds, and that's when I noticed I had to pee," he told Cruise. "I could also feel the weight of my bladder for the first time, and it was a really interesting sensation."

More on the ISS:  NASA Astronaut Touts the Benefits of Drinking Russian Pee