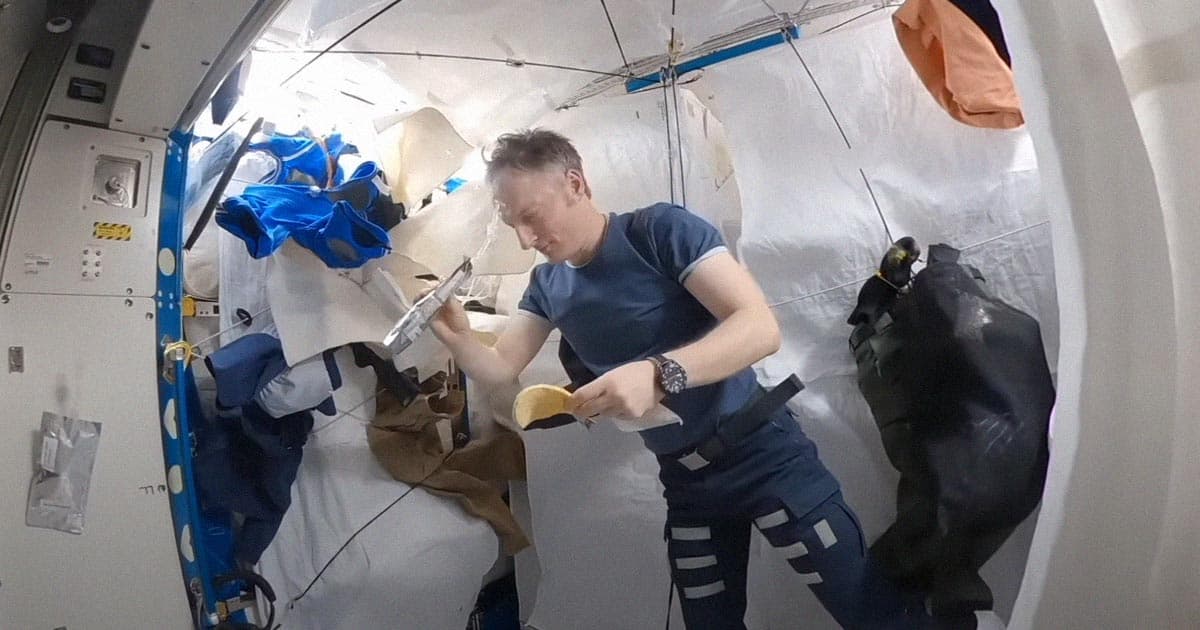 It looks pretty hard to wash your face when the cloth and water you're using keep floating away. But you can still watch astronaut Matthias Maurer, of the European Space Agency, conquer the challenge of a cozy nighttime routine while aboard the International Space Station.

The ESA posted the 4-minute clip on its official YouTube channel this week, showing Maurer brushing his teeth, squeezing water for a face wash onto a cloth, and chasing it through the microgravity environment. A cable at the top of the small room provides an anchor for Maurer to hold so he doesn't float off into space.

After finishing his evening self care routine, Maurer starts the journey to his bunk, using his hands to clamber through a darkened ISS, with eerily dark screens and flashing control panel lights seemingly everywhere.

Life on the ISS hasn't exactly been rosy recently. Russian astronauts remain aboard the vessel while its country wages war on Ukraine and the Roscosmos head regularly threatens the US and Europe while being rumored to have hopes of leaving the agency. Some NASA astronauts have even said their compatriots sound a little brainwashed.

Space is full of humanity's drama now, in other words — but it's nice to enjoy a quiet moment every once in a while, and reflect on why we started exploring the last frontier in the first place.

Monkey Business
China Plans to Send Monkeys to Space Station to Have Sex With Each Other
11. 3. 22
Read More
Overview Effect
William Shatner Says His Space Trip Left Him With a Feeling of Terrible Grief
10. 11. 22
Read More
God Shot
Astronaut Says He Had Religious Experience During Spacewalk
9. 9. 22
Read More
+Social+Newsletter
TopicsAbout UsContact Us
Copyright ©, Camden Media Inc All Rights Reserved. See our User Agreement, Privacy Policy and Data Use Policy. The material on this site may not be reproduced, distributed, transmitted, cached or otherwise used, except with prior written permission of Futurism. Articles may contain affiliate links which enable us to share in the revenue of any purchases made.
Fonts by Typekit and Monotype.