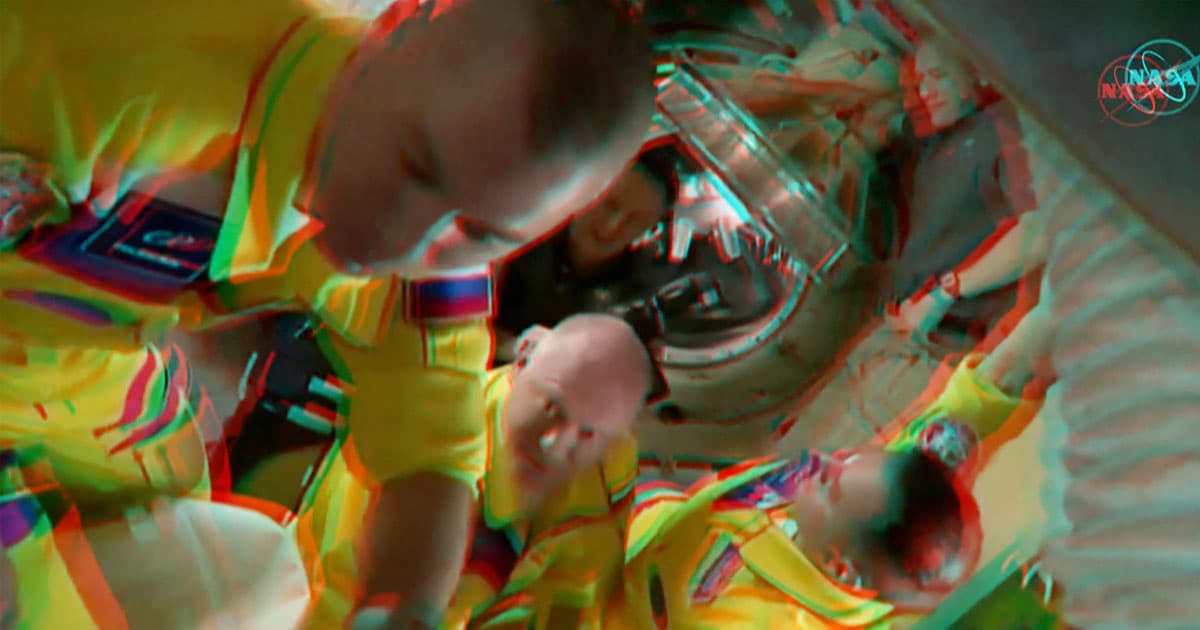 "And I know this because some of them have told me this."

"And I know this because some of them have told me this."

One firebrand ex-astronaut is again assailing Russia amid the country's invasion of neighboring Ukraine — and this time, he's targeted the cosmonauts.

In a new interview with Newsweek, former NASA astronaut Scott Kelly went off, berating Russia for the way he says its government has "brainwashed" the cosmonauts who used to be his colleagues aboard the International Space Station.

Kelly said that in conversation with cosmonaut colleagues about the Ukraine invasion, he was surprised to learn that they supported Russia's military incursion.

"What kind of surprises me is that, at least from an appearance perspective, most of [the cosmonauts he'd spoken to] are really far down the rabbit hole, you know, believing that this was a necessary action to prevent Nazis and NATO from destroying Russia," Kelly told the magazine, referencing a Russian talking point which overstates the presence of neo-Nazis in the Ukrainian military and resistance. "And I know this because some of them have told me this."

"So that part surprised me. How easily some of them were misled and brainwashed, I guess you could say, and don't believe what is really happening," he continued. "I mean, I've had discussions with them about the atrocities that are committed, and they believe it's all fake, that it's Ukrainians committing them and blaming them on the Russians, or it's just made up."

Kelly admitted in March that NASA asked him to back off of criticizing Russia amid the country's invasion of Ukraine, in hopes of maintaining the tenuous space cooperation between the US and Roscosmos, but that apparently hasn't stopped him.

Having lived and worked side-by-side with cosmonauts for a full year aboard the ISS, though, Kelly insisted in the interview that he didn't hate all Russians.

"Some of the cosmonauts are like, 'this is all a f***ing travesty and ridiculous and I wish I could leave this country,'" he told Newsweek. "So I don't think people need to put all Russians in the same basket, particularly outside of Russia."

Carbon-Based
NASA Rover Finds New Potential Evidence for Ancient Life on Mars
Tuesday
Read More
Duck and Roll
Russia Forced to Dodge Space Debris From When It Blew Up Satellite
Jun 17
Read More
So Long
Tragedy! NASA Says the Voyager Space Probes are Powering Down
Jun 16
Read More
+Social+Newsletter
TopicsAbout UsContact Us
Copyright ©, Camden Media Inc All Rights Reserved. See our User Agreement, Privacy Policy and Data Use Policy. The material on this site may not be reproduced, distributed, transmitted, cached or otherwise used, except with prior written permission of Futurism. Fonts by Typekit and Monotype.