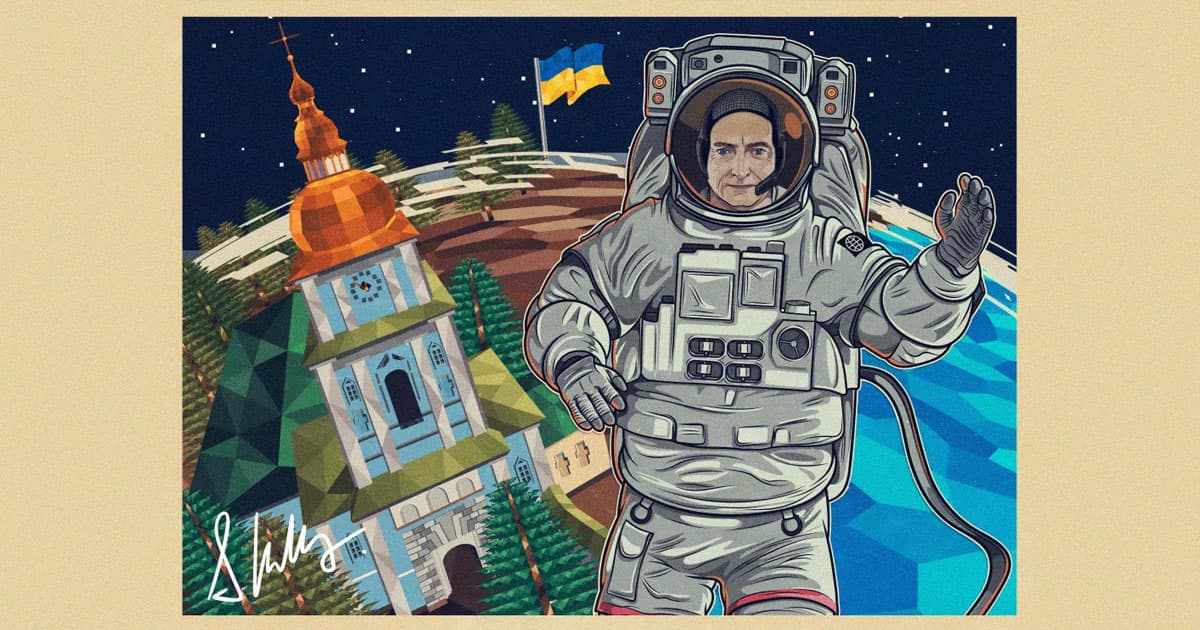 "My story is not the typical astronaut story."

"My story is not the typical astronaut story."

Kelly's NFT collection, titled "Dreams Out of This World" and released exclusively on the OpenSea NFT marketplace, will, as the astronaut mused to Space.com, hopefully help others reach for the stars even as they focus on earthbound issues.

Kelly waxed inspirational in an interview with Space.com.

"My story is not the typical astronaut story," he told the site. "I was a bad student growing up — didn't do well in school, kind of a daydreamer."

After reading Tom Wolfe's "The Right Stuff," a 1979 nonfiction book about the Project Mercury test pilots who became guinea pigs for the burgeoning spaceflight industry in the late 50s and early 60s, Kelly was shaken.

"I really, really believe in this idea that inspiration, done in the right way for the right person at the right time, can have extraordinary results," he said of his experience after reading the seminal nonfiction work, which inspired many other astronauts as well.

Kelly said that he believes "the metaverse and crypto[currency] and blockchain will be a big part of our future," and as he reimagines the Earth below in the "Dreams" art, so too does he reimagine a world beyond the current geopolitical conflict as Russia invades Ukraine.

In a tweet last month, Kelly explained that the Ukraine war is personal to him because his "nephew and niece have roots in Ukraine."

"Seeing their family's homeland under attack has been painful," the astronaut continued. "Yet despite despair, [his nephew] Isaac is eager to launch a fundraiser to help families in Ukraine."

Crypto and NFTs may generally be annoying, but in the case of Ukraine — one of the top crypto-using countries in the world — they can make a big difference. Better this than an overpriced AI-generated illustration of an ape, right?

More on Ukraine: Ukraine Is 3D Scanning Its Precious Artifacts Before Russia Destroys Them

Fighting Words
Retired NASA Astronaut Scott Kelly Dishes on Ukraine, Russia, and Moon Mission
11. 21. 22
Read More
Burning Bridges
Elon Musk Says He Can't Give Free Starlink to Ukraine Anymore After Officials There Were Mean to Him
10. 14. 22
Read More
Read the Room
Elon Musk Fans Horrified as He Suggests Ukraine Give in to Putin's Demands
10. 3. 22
Read More
+Social+Newsletter
TopicsAbout UsContact Us
Copyright ©, Camden Media Inc All Rights Reserved. See our User Agreement, Privacy Policy and Data Use Policy. The material on this site may not be reproduced, distributed, transmitted, cached or otherwise used, except with prior written permission of Futurism. Articles may contain affiliate links which enable us to share in the revenue of any purchases made.
Fonts by Typekit and Monotype.