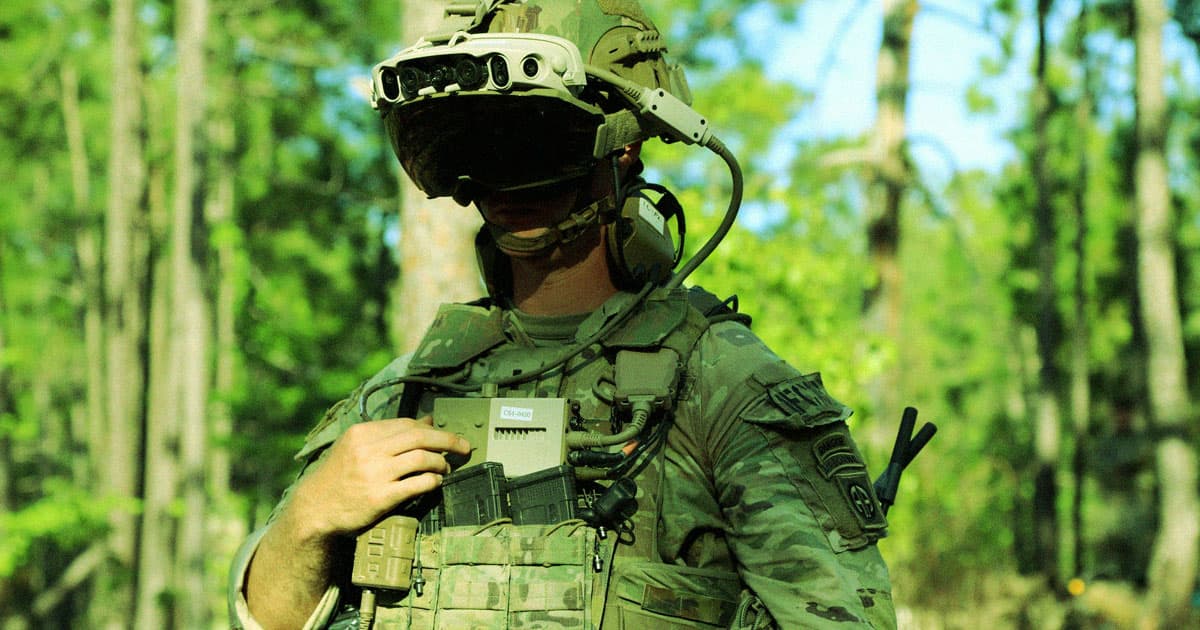 That's one way to spend billions of taxpayer dollars.

That's one way to spend billions of taxpayer dollars.

In response to some pretty serious complaints from grunts, the US Army is ordering a redesign of its super-expensive Microsoft mixed reality headsets, on the taxpayers' dime.

"The Army announced today they awarded a task order to Microsoft for high-tech battlefield goggles that are based on [HoloLens]," tweeted Politico defense reporter Lee Hudson, referencing the unpopular augmented reality (AR) goggles that made waves last fall after internal reports leaked about how much soldiers hated them.

Last October, reports emerged that the Microsoft AR goggles, which had been in development for two years and were part of a contract worth up to $22 billion, were far from a soldier favorite, with one tester describing lighting on the original model that could have alerted opponents to their locations.

"The devices would have gotten us killed," that Army tester was quoted as saying in an internal report dictated to Insider. A Microsoft employee that spoke to the website added that the demo device failed four out of its six evaluation criteria.

"The new goggles include a new form factor based on feedback received in soldier testing," Hudson added, again referencing leaks about the goggles' disastrous testing responses from soldiers. She also noted that "incremental testing" on the new goggle model will begin in September, and that the final delivery order "will be placed after qualification and operational testing."

In a press release, the Army said that it awarded Microsoft the redesign "task order" just before Christmas last month and that the branch "envisioned improving the system through an iterative process" that will be "based on completed test events."

The press release also noted that the retooled AR headsets will include a "a lower profile heads-up display" — a potential nod to the light that the unnamed tester hated so much.

As Breaking Defense noted in its reporting on the redesign order, there's no current price tag attached to the update, but in November 2022, one of the officials in charge of the project said the Army was slated to spend $46,000 on each of the 5,000 version 1.0 headsets.

Overall, this looks like yet another unpopular, overdue, and super-expensive government contract that may or may not pay off — and in this case, it could be dangerous, too.