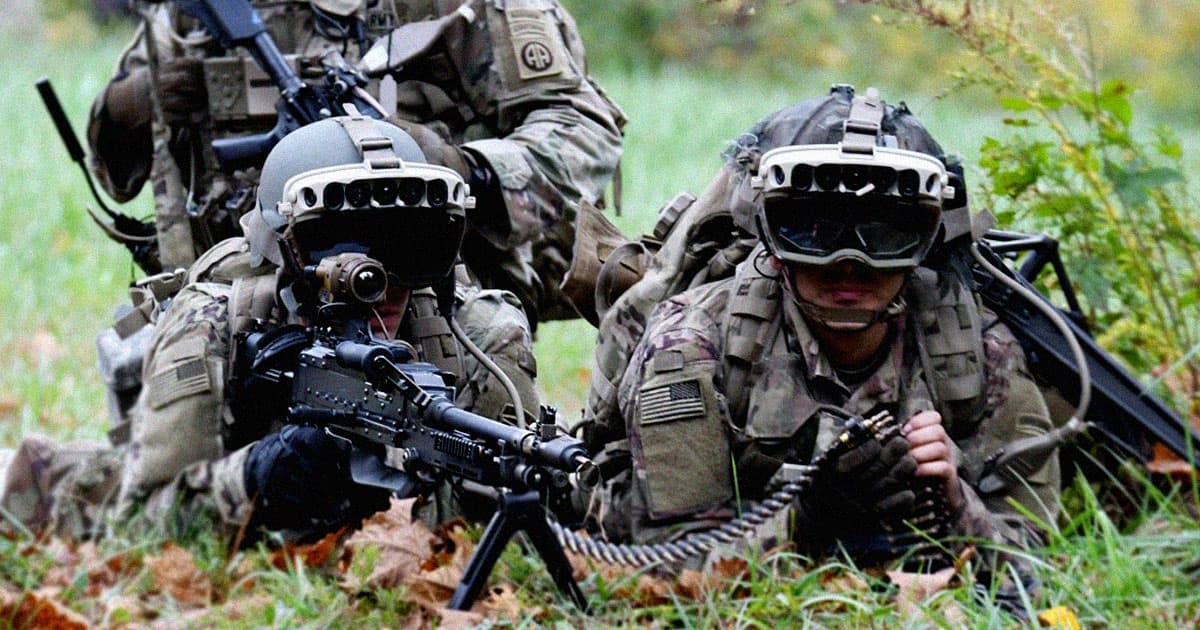 Microsoft's AR Headset Was a Complete Disaster During a Military Test

"The devices would have gotten us killed."

"The devices would have gotten us killed."

The US military finally tried out Microsoft's much-delayed, very expensive augmented reality goggles during a recent Army test — and per an Insider report, the company's tech failed pretty spectacularly.

According to the report, the Army's Integrated Visual Augmented System (IVAS) device failed four out of six "evaluation events" in its recent "operational demo," according to a source at Microsoft.

For a contract worth nearly $22 billion dollars, those are some dismal results.

Soldiers allegedly found the goggles to have some fatal flaws.

"The devices would have gotten us killed," one of the headset's testers said in an excerpt of an Army report dictated to Insider, referring to the fact that the goggles generate light that's visible from thousands of feet away — essentially turning wearers into glowing enemy targets.

Beyond giving away the positions of soldiers, the report also found that soldiers complained that the device was uncomfortable and heavy, limiting their movement and even cutting off their peripheral vision.

Surprisingly, despite these damning claims, the Army is maintaining that the devices were actually a success.

"The emerging results indicate that the program achieved success in most of the Army evaluation criteria," brigadier general Christopher Schneider told Insider in a statement, very much contradicting the results revealed by the leaked report.

"However," he continued, "the results also identified areas where IVAS fell short and needs additional improvements, which the Army will address."

We get it — most of us have had bad cases of buyer's remorse, too. Most impulse buys, however, don't come with a multibillion-dollar price tag.

Hopefully, Microsoft and the military can figure it out — although with the Microsoft mixed reality division's recent history in mind, we won't hold our breath.