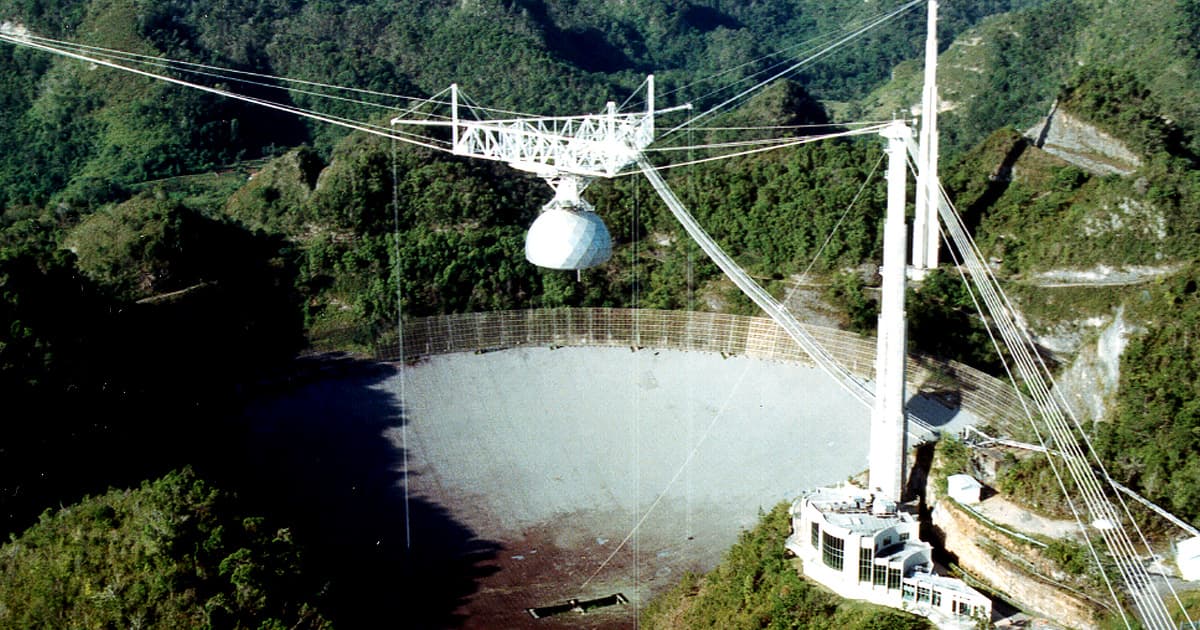 The massive alien hunting radio telescope at the Arecibo Observatory in Puerto Rico is at risk of collapse after several support cables failed and left long gashes in the structure, National Geographic reports.

One auxiliary cable slipped from its socket in August, leaving a 100-foot gash in the reflective panels of the 1,000 foot wide radio telescope dish.

While scientists told The New York Times the event was "just another bump in the road" at the time, a second main support cable — which was connected to the same support tower as the auxiliary cable — failed on November 8, causing even more damage to the reflector dish.

The cause of the crashes remain unclear. The Arecibo Observatory was built in the 1960s and has been in used for decades to search for extraterrestrial civilizations. Experts are worried cables could corrode further as they age.

"For me, it’s probably fifty-fifty," former observatory director Michael Nolan from the University of Arizona told National Geographic. "They are doing what can be done. I’m still really worried that they can’t do enough."

"I was not that worried when the first cable failed because I was confident that it would take a few months to fix," Abel Méndez, an astronomer who has made frequent use of the Arecibo, told the magazine. "Now I’m worried."

Others are worried more cables could fail, triggering a chain reaction.

"We’ll probably know fairly soon if they can come up with a Band-Aid, take some of the tension off, take away the immediate problem so we can solve the big problem," Nolan told National Geographic.