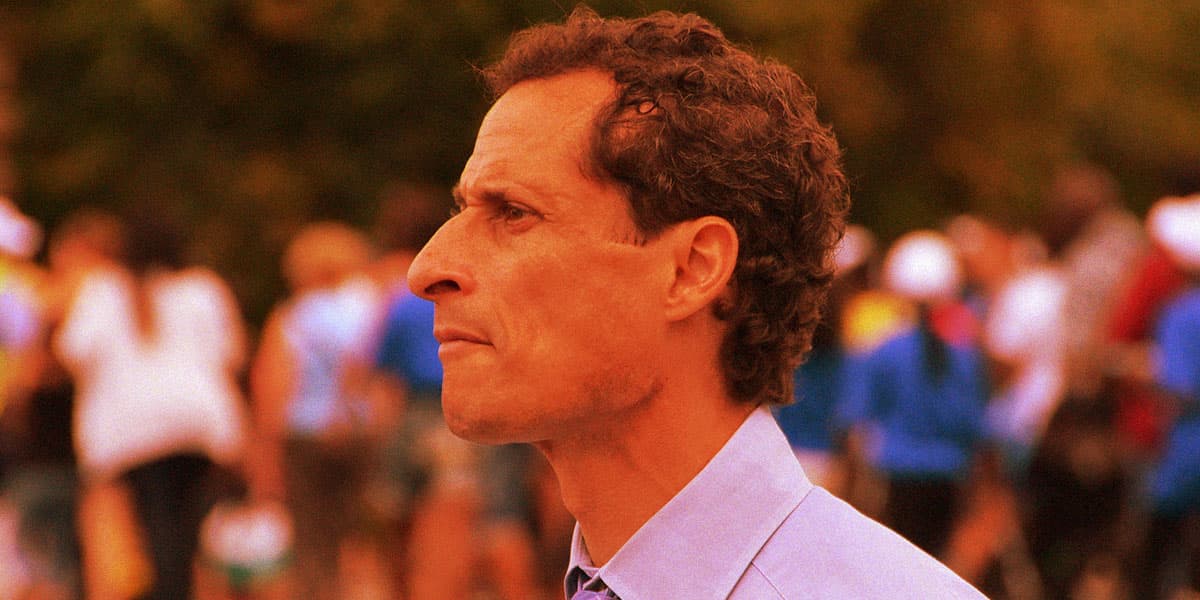 Anthony Weiner May Sell Infamous Nude Tweet as an NFT

The disgraced politician might hop onto the crypto trend.

The disgraced politician might hop onto the crypto trend.

Anthony Weiner, the former US Representative who resigned in 2011 after accidentally tweeting a sexually explicit images of himself, is considering new ways to capitalize on his numerous sex scandals.

Weiner, who also spent 18 months in federal prison for sexting and sending more pictures of himself to a then 15-year-old, suggested to New York Times columnist Ben Smith that he may hop onto the non-fungible token (NFT) craze that briefly and insufferably swept the worlds of art and cryptocurrency earlier this year.

In the interview, Weiner suggested that he may sell an NFT of his infamous tweet, or perhaps even of the search warrant for his laptop, which resulted in a reopened investigation against Hillary Clinton just before the 2016 election.

For the blissfully unaware, buying an NFT is sort of like purchasing the rights to a work of art or, at this point, just about anything else. Except instead of actually owning the creation, people have been exchanging cryptocurrency for what essentially amounts to a digital certification that doesn't amount to much beyond its own existence. Despite what NFT advocates will say, the tokens have just about as much authenticity as, say, those companies offering to let you buy a plot of land on the Moon or a lordship to a fake country.

NFTs came and went with the sort of lightning-quick lifespan of digital trends and get-rich-quick schemes: Prices crashed in mid-April, just about a month after the peak of the craze.

Hip to the Trend

Beyond his 2011 tweet or the search warrant, Weiner also suggested selling an NFT of an email from former "Daily Show" host Jon Stewart, or the check former President Donald Trump used to donate to one of Weiner's campaigns.

"Cashing in would be nice," Weiner said, but he has a more aspirational vision for the future of NFTs.

He suggested finding a way "to sell my own stuff but also to create a new category that lets people buy and sell political collectibles as a form of political fund-raising and contributing."

READ MORE: Anthony Weiner’s Not Coming Back. But He Has Nowhere to Go. [The New York Times]