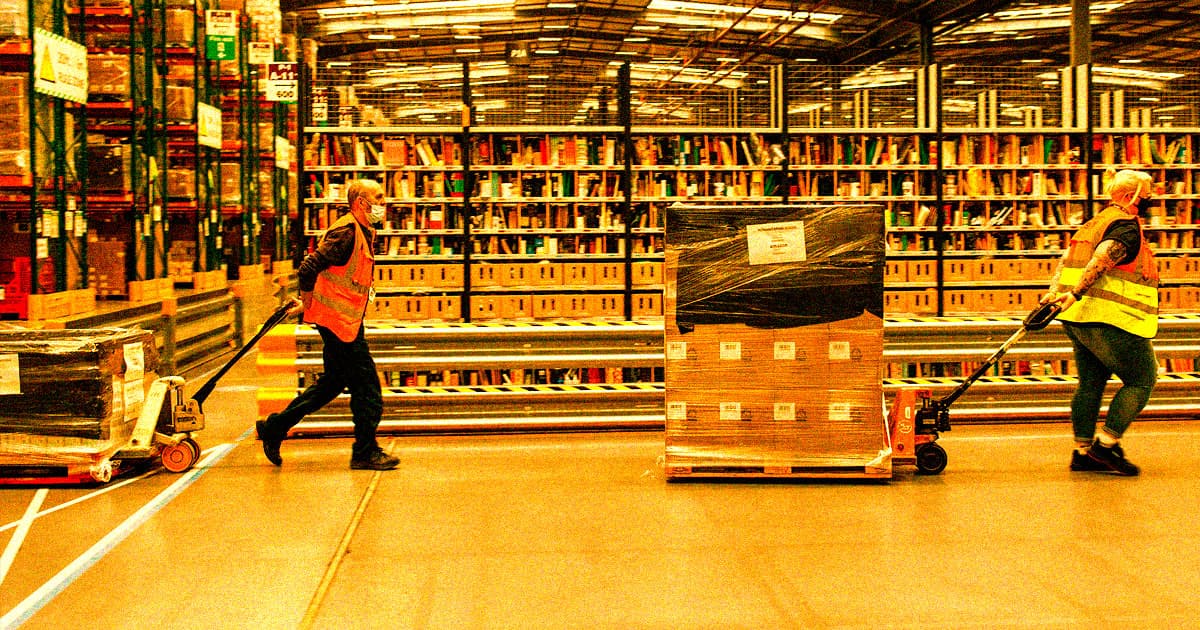 Leak: Amazon is Churning Through New Employees at an Alarming Rate

Only one in three new employees stayed longer than 90 days last year.

Only one in three new employees stayed longer than 90 days last year.

Leaked internal documents obtained by Engadget reveal that Amazon is burning through new employees at an alarming rate.

One of the many documents — all of which were reportedly labeled "Amazon Confidential" — showed that only one in three new hires stayed at the company for more than 90 days in 2021.

Unsurprisingly, that shocking level of turnover is costing the company a lot of money.

"[Worldwide] Consumer Field Operations is experiencing high levels of attrition (regretted and unregretted) across all levels," read a document analyzing Amazon's 2021 fiscal year, as quoted by Engadget, "totaling an estimated $8 billion annually for Amazon and its shareholders."

To put that number into perspective, Amazon's net profit for the same fiscal year was about $33.36 billion.

Given that Amazon warehouses are already notorious for being dangerous hellscapes, it's not terribly surprising to see so many new hires leaving— and in such a short period of time.

But according to the Engadget, warehouse employees aren't the only ones doing the quitting.

Yet twice as many employees chose to quit than those who got fired, "[representing] a low of 69.5 percent to a high of 81.3 percent across all levels," with the report concluding that these numbers "[suggest] a distinct retention issue."

According to Engadget, the reports attributed the mass exodus to limited opportunities of upward mobility within the company — corroborating a 2021 report from The New York Times.

For their part, Amazon provided Engadget with a statement, but declined to confirm or deny any specific numbers in the leaked files.

"As a company, we recognize that it's our employees who contribute daily to our success and that's why we're always evaluating how we're doing and ways we can improve," reads the company's statement, adding that it offers "good pay, comprehensive benefits, a safe workplace, and robust training and educational opportunities" to retain its workers.

But given the sheer amount of people running for the hills, there's clearly something more to the story.

More on Amazon: Amazon Secretly Shut down All Its Solar Rooftops after They Started Catching Fire