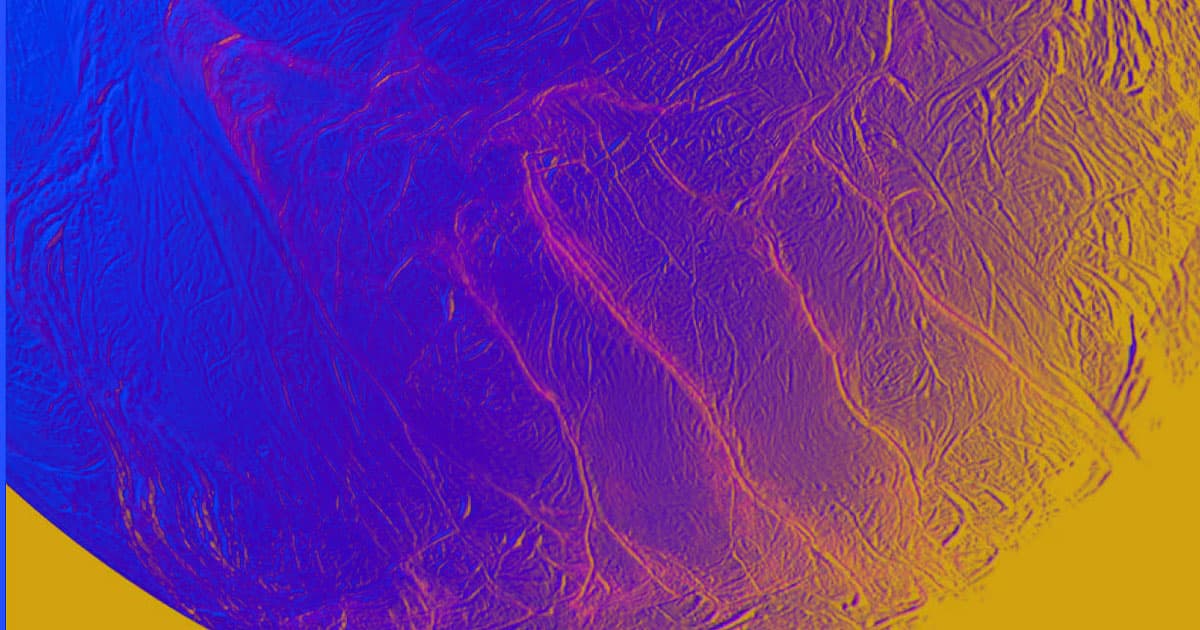 Aliens on Icy Moons Could Look Like Organisms Near Seafloor Volcanoes

An underwater volcano near the Big Island of Hawaii could be the perfect analog for Saturn's moon Enceladus.

An underwater volcano near the Big Island of Hawaii could be the perfect analog for Saturn's moon Enceladus.

Astrobiologists from the Woods Hole Oceanographic Institution (WHOI) believe that the answer to what alien life could look like on icy moons – like Saturn's moon Enceladus – could actually lie deep in the ocean.

More specifically, in the Lo'ihi seamount, an underwater volcano at around 3,200 feet below the surface south east off the coast of Hawaii's Big Island.

The researchers, led by Amy Renee Smith, presented their findings at the 2019 Astrobiology Science Conference in Seattle.

"This volcano is shallow and isolated, and thus is relevant to the intermediate temperature and low pressure venting that has been inferred for Saturn’s moon Enceladus," reads the abstract of their yet-to-be-published paper.

The news comes after scientists from the University of Washington revealed they found evidence that Enceladus could be covered in nutrient-rich oceans earlier this month.

Since Lo'ihi is isolated far from any larger faults or ridges that spew hot magma, it could represent the perfect analog. "We don't expect for plate tectonics to exist on these other worlds," said Smith at the conference, as quoted by Live Science. "So the conditions in Lō’ihi  are probably more likely what we would find."

It's not an abundant biosphere of sea life unfortunately. You'll mostly find shrimp and some fish — mostly blankets of local bacteria that are associated with underwater hydrothermal vents.

And since those mats of bacteria are quite happy and thriving there, it could give us insights into what Enceladus' oceans could look like.

"If that can happen [on Earth], maybe I don’t have to worry about how to build a robot that can dive," to Enceladus’ seafloor, Chris German, geochemist at WHOI, told Gizmodo in 2018. "Maybe I can just probe the water near the surface" for signs of life.

Titan Farts
NASA Scientists Spot "Really Unexpected" Molecule in Atmosphere of Saturn's Largest Moon
10. 27. 20
Read More
Sir!
Elon Musk: "Doesn’t Seem to Be Any Life in This Solar System"
10. 16. 20
Read More
Giant Snowball
NASA Finds Evidence of "Fresh Ice" on Saturn's Moon Enceladus
9. 18. 20
Read More
+Social+Newsletter
TopicsAbout UsContact Us
Copyright ©, Camden Media Inc All Rights Reserved. See our User Agreement, Privacy Policy and Data Use Policy. The material on this site may not be reproduced, distributed, transmitted, cached or otherwise used, except with prior written permission of Futurism. Articles may contain affiliate links which enable us to share in the revenue of any purchases made.
Fonts by Typekit and Monotype.