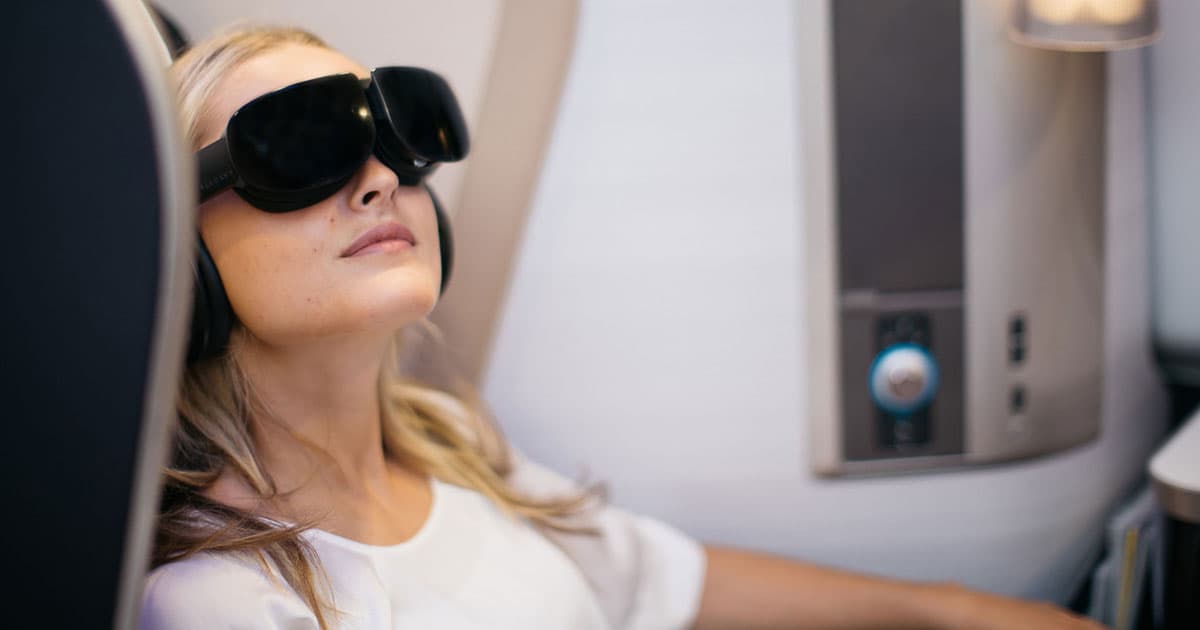 Airline Tests VR Entertainment — But Only For First Class Passengers

Now first class passengers won't even have to look at the economy class proles.

Now first class passengers won't even have to look at the economy class proles.

In the near future, first class airline passengers won’t even need to look at the poor proles in economy class as they file by during boarding.

Passengers will be able to choose between a catalogue of 2D, 3D, and 360-degree movies, documentaries, and shows.

But what if you want to nap in the middle of “Snakes on a Plane?” British Airways has you covered.

“The headsets from VR eyewear specialists, SkyLights, allow customers to fully immerse themselves in 3D view regardless of the position they are sat in,” reads a press release. “The experience even works when they are lying fully flat.”

The trial also includes a special “range of therapeutic programmes, including guided meditation and sound therapy, specifically designed for customers who have a fear of flying,” according to the release.

Other airlines, including Qantas and JetBlue, have tested out VR entertainment on some flights in the past. But the idea has yet to be cemented into a regular feature.

More on VR: This Company Creates Virtual People for You to Fire in VR

From Our Partners
Fly For Less This Cyber Week With Dollar Flight Club
12. 5. 21
Read More
From Our Partners
Can’t Wait For November 26th? Save On These Pre-Black Friday Doorbusters Deals Now!
11. 21. 21
Read More
From Our Partners
Travel More With This TravelHacker Premium Pre-Black Friday Deal
11. 10. 21
Read More
+Social+Newsletter
TopicsAbout UsContact Us
Copyright ©, Camden Media Inc All Rights Reserved. See our User Agreement, Privacy Policy and Data Use Policy. The material on this site may not be reproduced, distributed, transmitted, cached or otherwise used, except with prior written permission of Futurism. Fonts by Typekit and Monotype.