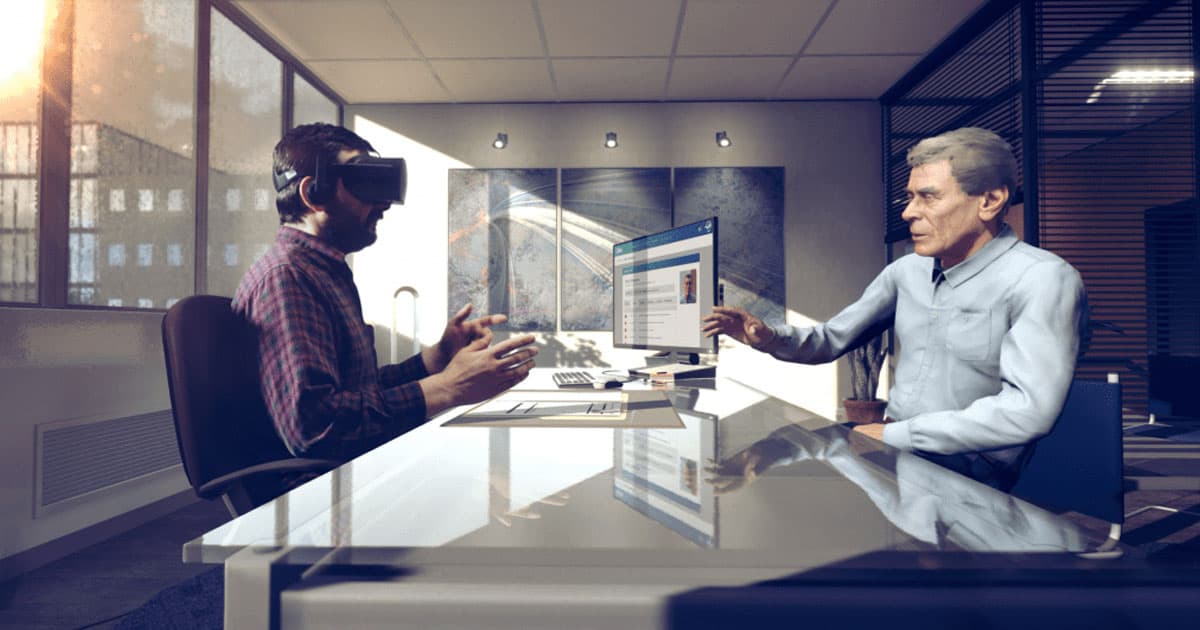 This Company Creates Virtual People for You to Fire in VR

Firing employees can be one of the toughest tasks a manager faces.

So, to make it a bit easier, workplace training company Talespin created Barry — an artificially intelligent virtual character you can practice firing over and over again.

Barry's reaction to being fired can range from quiet sobs to angry yelling — in other words, the VR employee can react however a human might in response to getting their walking papers.

"When a user interacts with Barry in the simulation," Talespin wrote in a blog post, "they navigate hundreds of possible conversation paths to effectively (or ineffectively) terminate Barry, face common wrongful termination pitfalls, and experience Barry’s realistic speech, body language, and human-like mannerisms."

According to Talespin CEO Kyle Jackson, companies are increasingly interested in using virtual reality to teach their employees soft skills, such as how to interview applicants and conduct performance reviews — and he expects the trend of VR training to continue.

"Soft skills are ranked among the most important for any organization as they discuss their needs for the future of work," he told MIT Technology Review. "We don't see this slowing down any time soon."