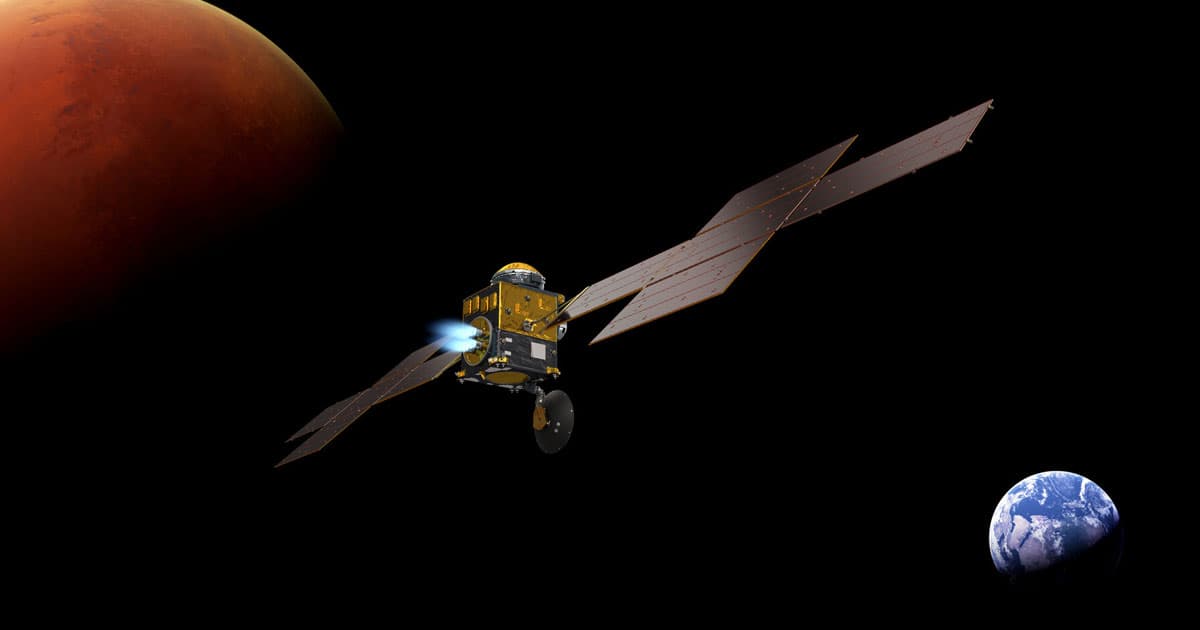 The European Space Agency has officially hired aerospace giant Airbus build a spacecraft designed to bring back the first ever rock samples from Mars, the BBC reports.

The goal is to help confirm if ancient life has ever existed on the Red Planet by carrying back samples collected by NASA's Perseverance rover.

It's an ambitious, multi-billion dollar project, according to recently announced plans.

"This is not just twice as difficult as any typical Mars mission; it's twice squared — when you think about the complexity involved," David Parker, the director of human and robotic exploration at the European Space Agency (ESA), told the BBC.

"And this satellite that Airbus will build — I like to call it 'the first interplanetary cargo ship', because that's what it will be doing," he added. "It's designed to carry cargo between Mars and Earth."

The spacecraft, dubbed the Earth Return Orbiter (ERO), will weigh a whopping 6.5 tons and launch in 2026. Ion engines, powered by massive solar arrays, will power its journey there and back, according to the BBC.

Getting Mars rocks back to Earth will involve a patchwork of robots from both NASA and ESA working in tandem.

First, according to SpaceNews, a different, yet-unnamed NASA lander carrying an ESA-built "fetch rover" will pick up Perseverance's sample tubes, according to the article, and put them in the unnamed lander. A small rocket called the Mars Ascent Vehicle will then bring the samples into the planet's orbit.

Once it's orbiting Mars, ERO will rendezvous with those samples of Martian rock and attempt to ship them back to Earth inside a soccer ball-sized container, the BBC reports. It will then release the capsule over the Utah desert in 2031, if everything goes according to plan.