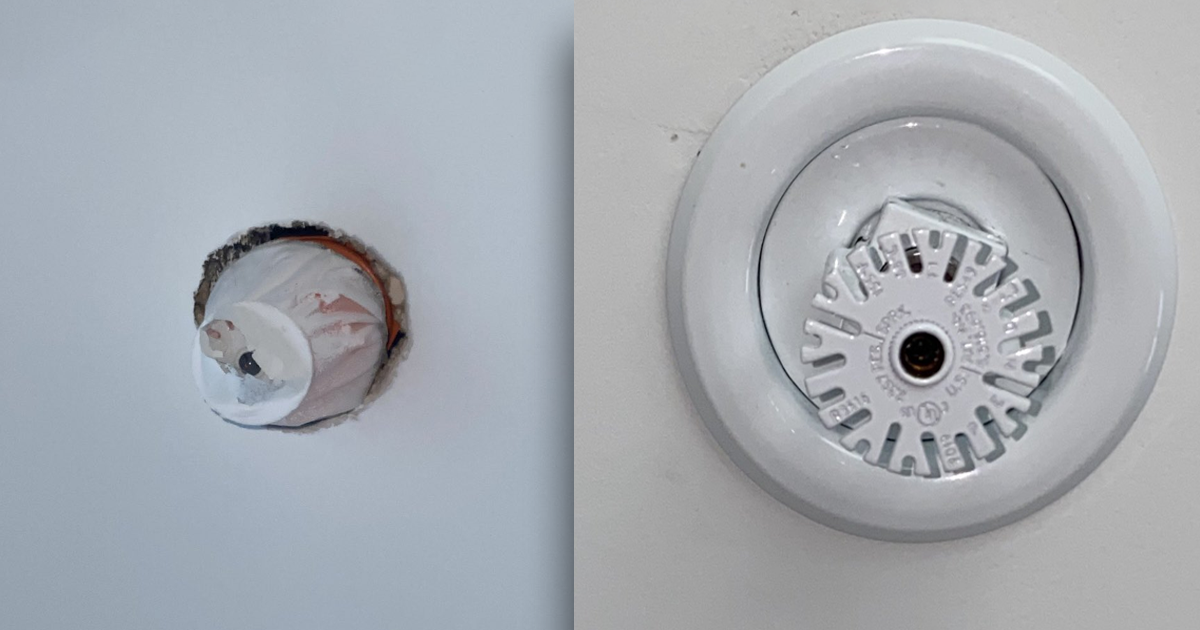 Airbnb Denies That Woman's Rental Was Filled With Hidden Cameras

"I’m getting hate messages because I was scared?"

"I’m getting hate messages because I was scared?"

In a viral tweet, an Airbnb guest claimed that she and a friend had found what they believed to be several hidden cameras in a Philadelphia rental.

"BE CAUTIOUS BOOKING AIR BNBs! My friend and I recently stayed at [an] air bnb in Philadelphia with over 10 hidden cameras all over the house," read the renter's viral post, which included several videos of the purported cameras. "Including the showers and bedrooms. Some were disguised as sprinkler systems but it has a camera lens."

But Airbnb is pushing back, saying there were no hidden cameras. And after an investigation, Philly police are reporting that their Special Victims Unit also found no evidence of improper surveillance at the property.

"The detective(s) did not find any hidden or undisclosed cameras," a Philadelphia Police Department spokesperson stated in an email to The Philadelphia Inquirer. "The fire sprinklers are sprinkler heads."

According to Inquirer, the home-share company maintains that known instances of hidden cameras are few and far between, though it has happened before. And just this last March, a viral TikTok — created by a controversial ex-hacker — claimed to show viewers how to detect hidden cameras in Airbnbs, popularizing a "flash test" that the renter in question said she and her friend utilized at the Philadelphia property.

That sounds helpful in theory, but a quick scroll through the TikTok's comments showed it caused many viewers to develop anxiety about something they'd never even considered — perhaps doing more harm than good.

"I unlocked a new fear I didn't [know] I had," said one commenter.

The renter who made the allegations says she called the police — who, she says, didn't immediately respond — and reached out to Airbnb before taking the story to Twitter. Now she says she's receiving spiteful messages for what appears to be an honest mixup.

"I’m getting hate messages because I was scared?" she wrote in a later post.

At the end of the day, we're happy there seems to have been no cameras after all. But still, it's upsetting to see her under attack for the ultimate outcome, especially for a fear that internet culture has certainly validated.

READ MORE: A report of a Philly Airbnb with hidden cameras went viral. But the house didn’t actually have any devices [The Philadelphia Inquirer]

Panopticam
Tech Exec Brags That New Phone' Cameras Will Always Be Watching You
12. 2. 21
Read More
Stranger Danger?
Woman Freaks Out After Discovering an Apple Tracking Device on Her Car
11. 19. 21
Read More
China's CCTV System Tracked Down a Reporter in Only Seven Minutes
12. 18. 17
Read More
+Social+Newsletter
TopicsAbout UsContact Us
Copyright ©, Camden Media Inc All Rights Reserved. See our User Agreement, Privacy Policy and Data Use Policy. The material on this site may not be reproduced, distributed, transmitted, cached or otherwise used, except with prior written permission of Futurism. Articles may contain affiliate links which enable us to share in the revenue of any purchases made.
Fonts by Typekit and Monotype.