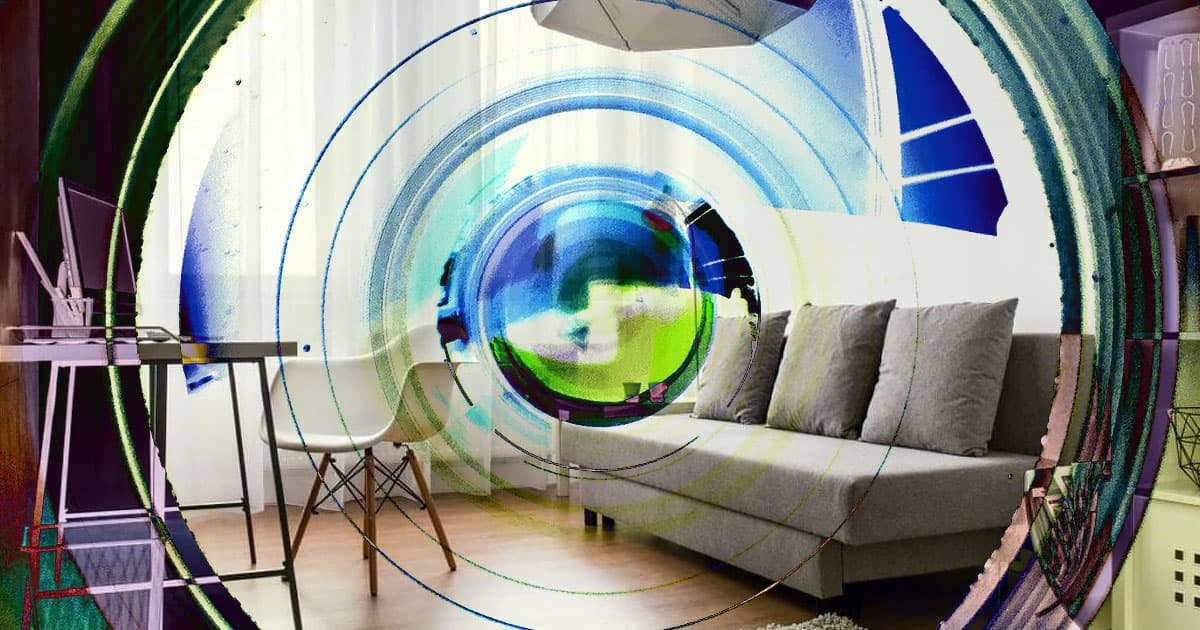 Cornell researchers made a robot meant to help rent your place on AirBnB — that could one day end up in war zones.

Cornell researchers made a robot meant to help rent your place on AirBnB — that could one day end up in war zones.

Worried your Airbnb photos just aren't selling your listing? Ready to automate those pesky Zillow posts? A new robot called AutoPhoto has your back — so you can get sharp images of interiors, even if you aren't a great photographer.

Researchers at Cornell University have continued to improve upon the algorithms and machine learning behind AutoPhoto since they released the original study on it in September of 2021 in Cornell's journal arXiv.

"Our system can capture aesthetic photos in both simulation and real world environments on a ground robot," study authors wrote at the time. "To our knowledge, this is the first system that can automatically explore an environment to capture an aesthetic photo with respect to a learned aesthetic estimator." In other words, it's a novel A.I. combined with a robotic helper, that can learn the aesthetics of apartments, and using that data, take the best possible image of yours.

In an updated report about AutoPhoto published this week in Engadget, we learned a little more about the three main pieces that make up the bot. The robo-photographer has an image evaluation algorithm that scores the aesthetics and beauty of images it takes. A wheeled robot carries the camera and the AutoPhoto algorithm translates the image scores into drive commands.

Watching AutoPhoto do its thing is pretty cool. A video posted by Cornell student Hadi AlZayer shows the robot take a slew of bad photos in a campus building, re-calculate, and come up with some rather beautiful images of the room.

Can AutoPhoto clean your toilet or pick up plastic cups from the last party you had to make the room cleaner? Nope. But can it already capture shots that showcase a room's best angles? Absolutely. That said, showcasing an apartment is cool, but what's cooler? Use cases for rescue efforts and journalists in war zones. According to researchers working on the project, per a a Cornell Chronicle article from earlier this month, that's not off the table.

"This kind of work is not well explored, and it’s clear there could be useful applications for it," Hubert Lin, doctoral student and study co-author told the university press in reference to potential use in conflict zones. Even for a humble little robot photographer, it's hard not to admire lofty ambitions.

More on domestic conflict: Bad News for Your Ex-Roommate: Netflix to Start Charing for Password Sharing