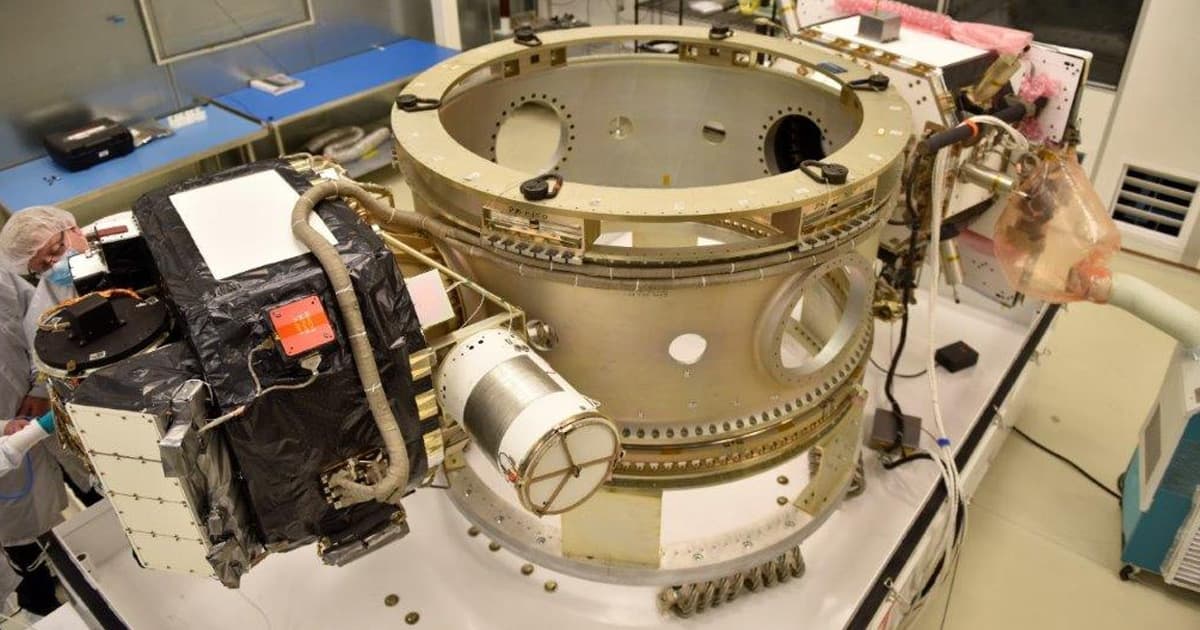 Last week, the U.S. Air Force opened up a new $4 million lab that will study and manufacture new materials to use in spacecraft.

Launches are risky, with NASA estimating that nearly a quarter of small satellite missions have failed in recent decades. The Deployable Structures Lab (DeSel) will be able to stress test advanced new materials for use in space, C4ISRNET reports, which could improve the odds of successful satellite launches by making them sturdier and more likely to survive.

The team plans to use what it develops on the Space Solar Power Incremental Demonstration and Research Project, an experimental Air Force spacecraft designed to collect solar energy and then transmit it to military bases in the form of radio waves.

"Some of the first structures that we look forward to testing in this new lab are those required for our Space Solar Power Incremental Demonstration and Research (SSPIDR) project, one of our top priority programs," Col. Eric Felt, director of the Air Force Research Lab's Space Vehicles Directorate, told C4ISRNET.

More on space materials: The ESA Is Weaving Flax Fiber Into Satellites so They Incinerate Better