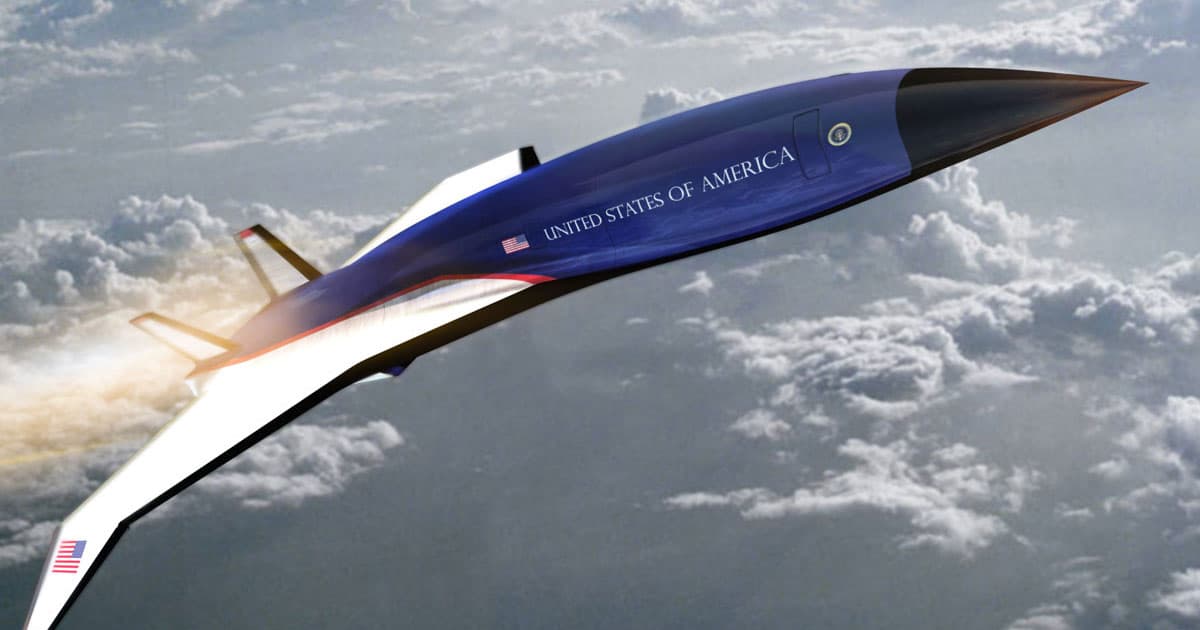 A coming iteration of Air Force One, the high tech plane reserved for shuttling the President of the United States around the world, may be able to reach nauseatingly-fast speeds up to Mach 5.

The U.S. Air Force just awarded a contract to the aerospace startup Hermeus, Business Insider reports, which calls for the first hypersonic version of Air Force One. The company already has a prototype engine built and tested, and now it's just a matter of building the rest of the plane.

Hermeus has been working on its hypersonic engine for over a year and completed tests in March, Business Insider reports. But now that it has this Air Force contract, it will need to make sure that its Mach 5 plane also meets certain rigorous standards.

Hermeus thinks it can all be done with existing technology.

For better or worse, Hermeus' hypersonic Air Force One is at least ten years down the road, Business Insider reports. Boeing is already set to deliver the next Air Force One in 2021, and Hermeus' model would serve as that plane's eventual replacement.

That means that unless American democracy utterly collapses, we'll never get to see what Mach 5 would do to President Trump's notoriously unusual hairstyle.

READ MORE: An aerospace startup just won a contract to develop an Air Force One jet that can travel at Mach 5. Here's an early look at the engine that could rocket from New York to Paris in 90 minutes. [Business Insider]

More on Hermeus: Blazing Supersonic Plane Could Zoom From NY to Paris in 90 Min