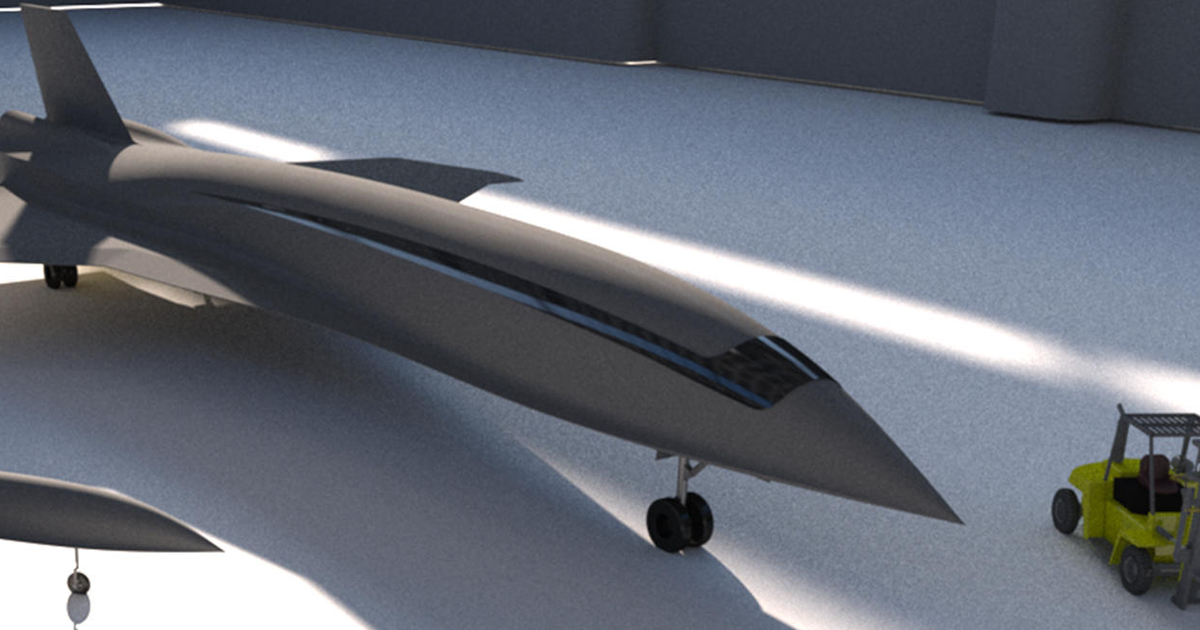 It's designed to travel more than twice as fast as the Concorde, reaching speeds of nearly 4,000 mph.

It's designed to travel more than twice as fast as the Concorde, reaching speeds of nearly 4,000 mph.

An American aerospace startup called Hermeus has revealed an early concept of a supersonic commercial airplane that could breeze over the Atlantic in just 90 minutes at speeds of up to Mach 5 (almost 4,000 mph) — or twice as fast as the iconic Concorde.

It's unlikely we will see a working prototype any time soon, but Hermeus has just closed a first round of funding, according to Ars Technica, which could allow the company to come up with a propulsion demonstrator.

Hermeus isn't the only player in the game. Boom Supersonic, a different American startup, is also working on a Mach 2.2 supersonic jet with space for 55 passengers — that's only a little faster than the legendary Concorde, which topped out at Mach 2.04 during its decades of operation.

Boom wants to bring supersonic flight to the masses by the mid-2020s, according to a December 2017 announcement. It has even collected orders for some 76 planes and has received backing from Richard Branson’s Virgin Group.

But going from Mach 2 to Mach 5 is not an easy undertaking. Hermeus is hoping to pull from existing technologies to make its insanely fast passenger plane a reality, including titanium materials and cutting edge rocketry.

It's impossible to tell what the future of air travel will look like. If supersonic airplanes aren't it, SpaceX founder Elon Musk has pushed for the idea that we'll go between Earthly destinations in rockets that can technically take us to Mars.