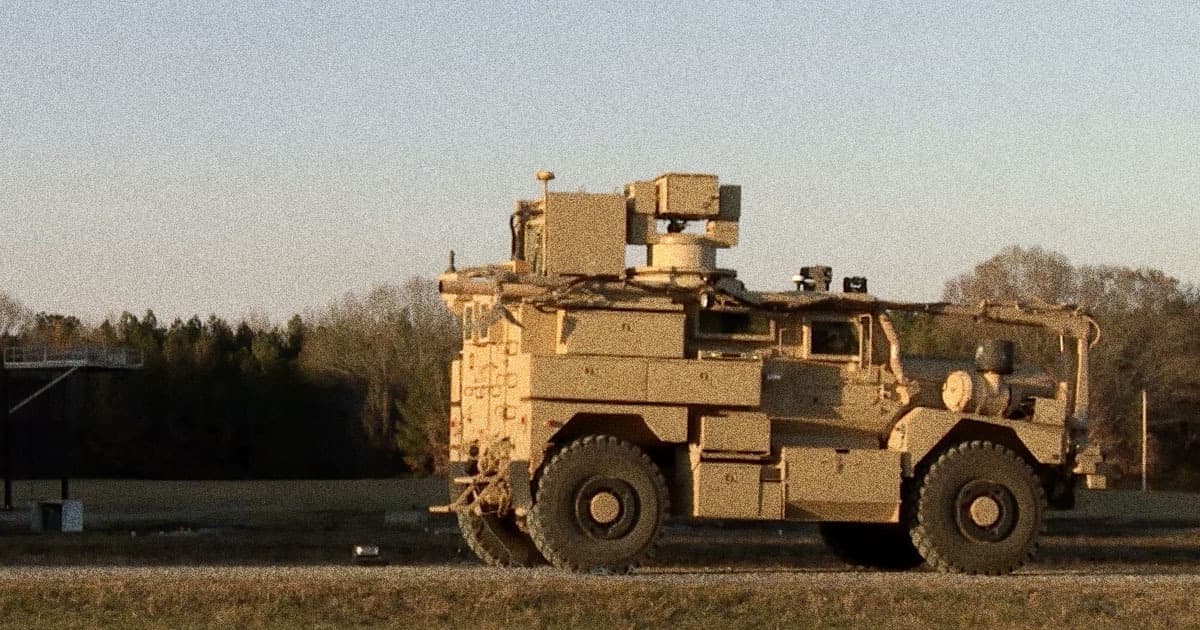 The ZEUS laser will detonate any mines or explosives blocking airfields.

The ZEUS laser will detonate any mines or explosives blocking airfields.

The U.S. Air Force is working on new lasers designed to detonate landmines, bombs, and other hazards from nearly 1,00 feet away.

The Recovery of Airbase Denied by Ordnance (RADBO) system does exactly what the name implies, C4ISRNET reports: If an airfield is blocked by mines or even just debris, the Air Force wants a way to clear it out without putting people at risk.

The Air Force awarded a $40 million contract to the military contractor Parsons to actually develop the laser, C4ISRNET reports. While the laser itself will be attached to a ground vehicle, it will primarily be used to clear hazards out of current and future airfields for the Air Force to then use.

The attached ZEUS laser will be able to fire "more than 300 meters away from the vehicle and is powerful enough to detonate small submunitions from cluster bombs, land mines, general purposed bombs and thick-cased artillery rounds," according to Parsons.

As C4ISRNET notes, the bomb-clearing system isn't exactly heralding in a new era of laser warfare, like the high-energy weapons that the Pentagon has been developing in recent years.

However, it does show that lasers are becoming increasingly commonplace and useful in a military setting, even if they're not being used directly as a weapon.

More on military tech: The U.S. Military Is Buying a $130 Million Laser Weapon

Trippy Study
Scientists Made Mice Hallucinate by Shining Light Into Their Brains
7. 19. 19
Read More
Russia Wants to Vaporize Space Junk With a Laser. There Is No Way This Will Go Wrong.
6. 18. 18
Read More
The World's Largest and Most Powerful X-Ray Laser Just Went Online
9. 5. 17
Read More
+Social+Newsletter
TopicsAbout UsContact Us
Copyright ©, Camden Media Inc All Rights Reserved. See our User Agreement, Privacy Policy and Data Use Policy. The material on this site may not be reproduced, distributed, transmitted, cached or otherwise used, except with prior written permission of Futurism. Articles may contain affiliate links which enable us to share in the revenue of any purchases made.
Fonts by Typekit and Monotype.