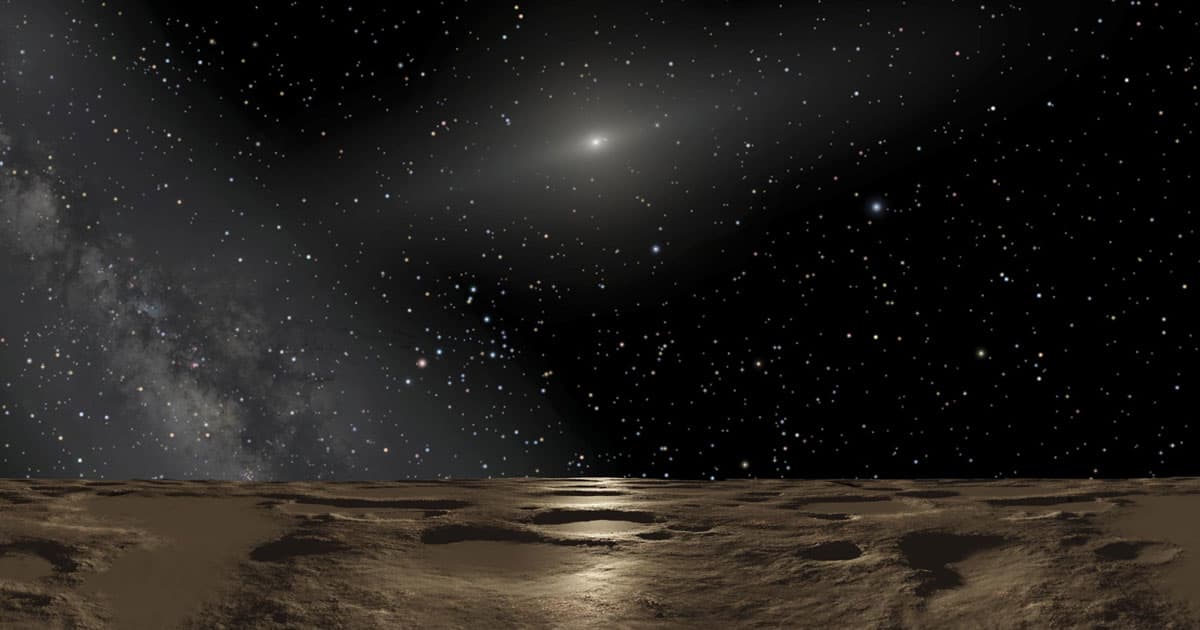 19 Objects Near Jupiter May Be From Outside the Solar System

A team of astronomers thinks it's found a whole slew of interstellar visitors — asteroids that came from elsewhere but got trapped in the Sun's gravitational pull — orbiting out near Jupiter.

The 19 asteroids, known as the Centaurs, were first spotted as early as 2015, Gizmodo reports. But scientists are still making sense of their unusual behavior.

Typically, interstellar visitors like 21/Borisov and 'Oumuamua pass through the solar system on their cosmic journeys, making it all the more interesting that the Centaurs stuck around. One interstellar visitor is still a rare scientific find, and identifying an entire population is unprecedented.

After reverse-engineering the asteroids' orbits, many of which fall on a bizarre plane or revolve in the wrong direction, the team concluded in research shared online on Wednesday that the best explanation for what's going on is that the objects drifted in from interstellar space.

It's still possible that the asteroids have unusual orbits for some other reason. Gizmodo reports that some astronomers have pushed back against the team's earlier publications on the Centaurs — but haven't yet debunked it with peer-reviewed research.

The main problem other academics had with the team's ongoing research is that they didn't fully eliminate other possibilities for why the Centaurs are so, well, weird. But given that "they came from elsewhere" is one of the few explanations for the asteroids' orbits that didn't violate the laws of physics, the team is pretty confident in their work.