Thanks to Time Dilation, Earth's Core is 2.5 Years Younger Than its Surface

Time slows near massive objects, and that has a rather strange impact on our planet. 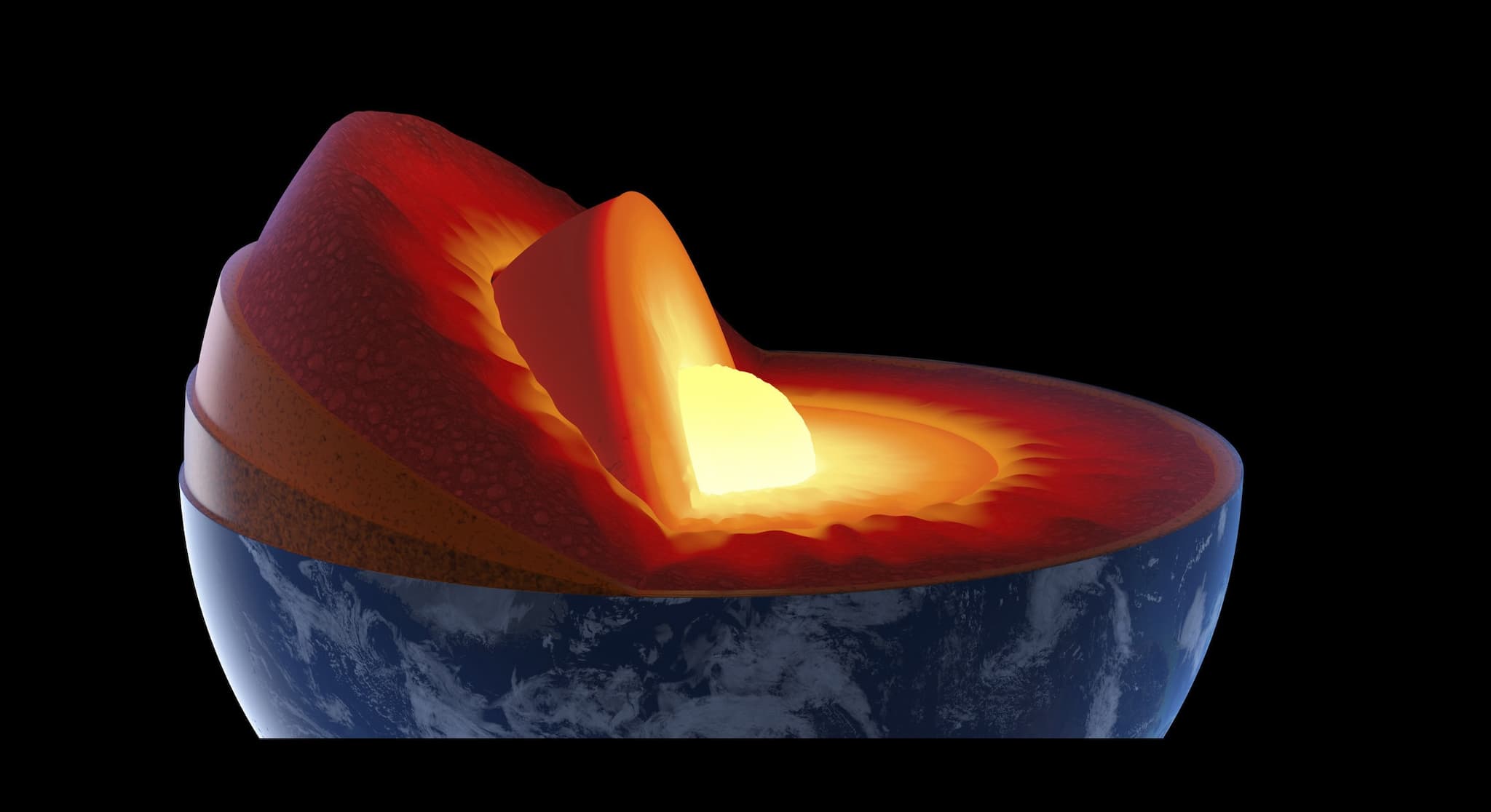 The Case of the Missing Time

Now here's some weird science for you.

The Earth's surface is actually 2.5 years older than its core. Meaning that the core of our planet (the inside) is 2.5 years younger than the surface (the outside). Don't take my word for it—it's all courtesy of a little theory developed by an obscure physicist named Albert Einstein.

Now, this has nothing to do with the Earth's core and its surface forming at different times in cosmic history; we can still be pretty certain that the two evolved in situ...at the same time.

It all comes down to the effects of "time dilation," that tricky little consequence of general relativity wherein gravity has the ability not only to warp space, but to distort time as well. Naturally, the deeper you are in a large object's gravity well, the greater the distortion of time experienced. GPS satellites even have to account and correct for it in their onboard clocks.

You may remember the film Interstellar, in which Matthew McConaughey spent so much time in the gravity well of a supermassive black hole that he returned after eighty or so years had elapsed still looking as ruggedly handsome as ever.

It's the same principle, only now a team led by physicist Ulrik Uggerhøj of Aarhus University in Denmark has applied it to the time differential existing between the Earth's core and surface. Their findings have been published in the European Journal of Physics.

Feynman Was Off by a Few Hundred Days

The team wanted to "fact check" a famous pronouncement allegedly made by the physicist Richard P. Feynman during a series of lectures in the 1960s, in which he mooted the idea that gravitational time dilation should cause the ages of the Earth's center and its surface to be off by a few days.

Turns out, he was wrong and he was right. He was right in that there certainly is a time differential; considerably wrong in the amount. Uggerhøj and his team found that the Earth's core has experienced only a fractionally slower time than the surface—about 0.0000000003 second. Insignificant, certainly…but over 4.5 billion years?

It comes out to a difference of about 1.5 years; when variations in density between the core and the surface are factored in, that number was adjusted to 2.5 years.

Of course, the more massive the object, the starker the difference. The team also calculated the gravitational time dilation effect for the Sun's core and surface—which amounted to 40,000 years.

Barely the blink of an eye in its 4.5-billion-year lifetime.

Read This Next
Ripple Burst
Scientists Detect "Tsunami" of Gravitational Waves
Was Al Wrong?
New Evidence About the Universe Suggests Einstein Was Wrong
Big and Small
New Theory Throws Out Einstein's Theory of General Relativity
Massive Gravity
New Theory Could Solve Universe’s Biggest Paradox
Tiny Metronome
A Floating, Virus-Sized Bead Could Help Find Dark Matter
More on Hard Science
Warped Tour
Feb 2 on futurism
Professor Believes Door to Warp Drive May Lie With Ethylene Glycol
Sky Bursts
Feb 2 on the byte
Astronomers Intrigued by 25 Mysterious Repeating Radio Signals From Deep Space
Tractor Beam
Jan 26 on the byte
Scientists Build Working Tractor Beam, Although It's Comically Tiny
READ MORE STORIES ABOUT / Hard Science
Keep up.
Subscribe to our daily newsletter to keep in touch with the subjects shaping our future.
+Social+Newsletter
TopicsAbout UsContact Us
Copyright ©, Camden Media Inc All Rights Reserved. See our User Agreement, Privacy Policy and Data Use Policy. The material on this site may not be reproduced, distributed, transmitted, cached or otherwise used, except with prior written permission of Futurism. Articles may contain affiliate links which enable us to share in the revenue of any purchases made.
Fonts by Typekit and Monotype.