It's So Cold, Even Teslas Are Freezing Shut

The polar vortex shows the limits of today's electric cars. 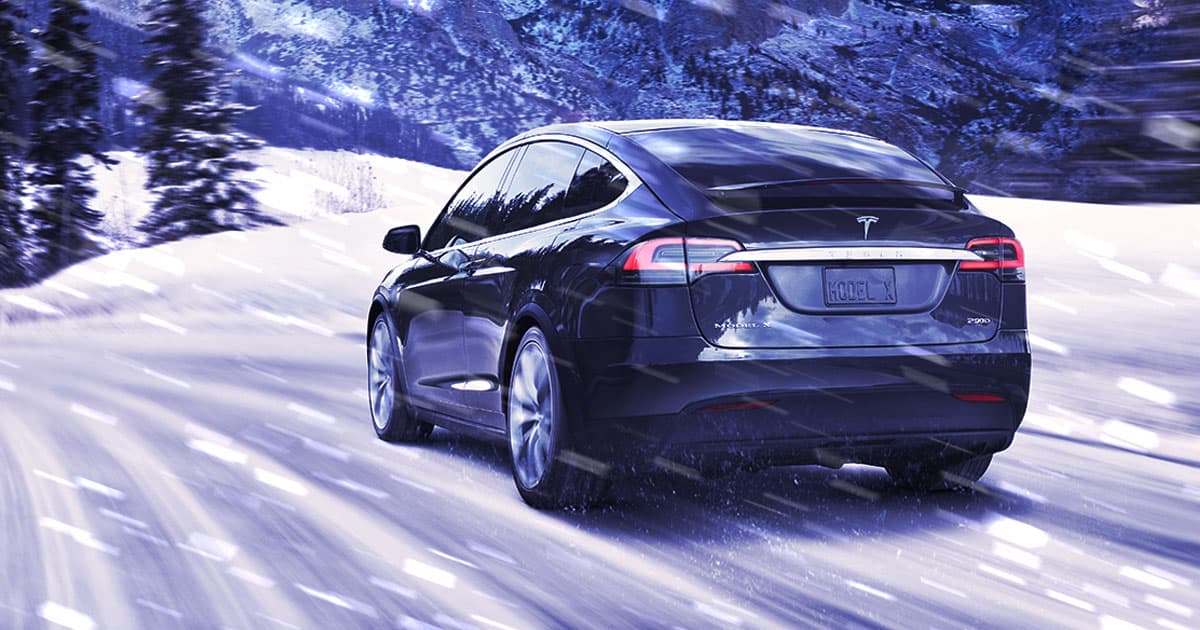 The polar vortex that walloped the Midwest before heading East also revealed another roadblock to clean transportation.

Electric cars are unable to handle the cold, owners are discovering. Tesla owners are even finding that their vehicles are frozen shut, according to Mashable — suggesting that electric vehicles aren't fully equipped to replace gas-powered cars just yet.

In case anybody is wondering how the @Tesla performs at -23F. About 120 miles range on a full charge Model X 100D @elonmusk pic.twitter.com/vilhhVKOmq

The problem of people getting frozen outside of their Teslas could readily be fixed in future model — the specific issue comes from Tesla having chosen a cool design over functional door handles.

Normally, Tesla door handles will slide open when someone approaches, but layers of ice are keeping everything stuck in place. To be fair, Tesla has conducted battery and handling tests in icy conditions, but it seems that the -60 degree F (-51 C) that some Americans are now experiencing is still proving to be too much for the vehicles.

.@elonmusk .@Tesla I love you but can you hire a designer/engineer from places where the weather gets bad so that we don’t have to deal with bad design like this again?? This is after 30+ minutes of preheating the car to 80 degrees. Also wipers and side mirrors were frozen too pic.twitter.com/HO8igw131x

In future iterations of EVs, Tesla and the Nissan Leaf could be improved with more resilient batteries and more accessible door handles.

But for those who are currently stranded in the cold, there may not be an option beyond waiting for spring.

More on EVs: This Massive All-Electric Excavator Has a 3.4 Ton Battery Pack