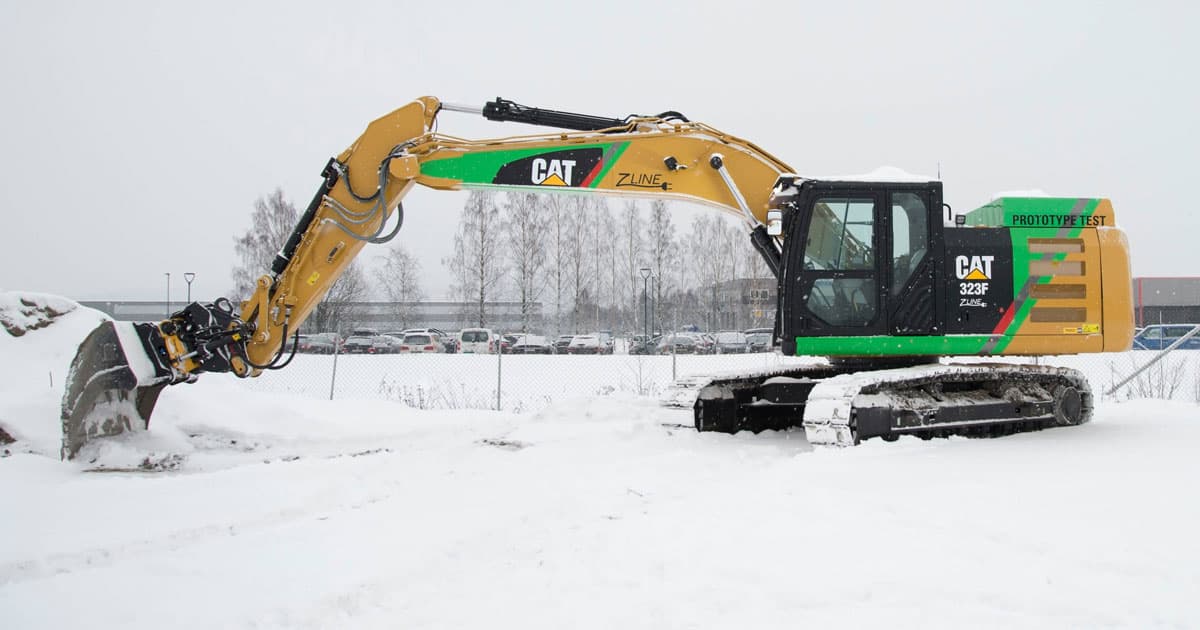 This Massive All-Electric Excavator Has a 3.4 Ton Battery Pack

This Caterpillar rig can operate for up to seven hours without needing a charge.

This Caterpillar rig can operate for up to seven hours without needing a charge.

We can now add one more type of vehicle to the list: Construction equipment companies Caterpillar and Pon Equipment have teamed up to create a 26-ton all-electric excavator — and the massive digger might be the first of many to hit the construction site.

On Sunday, Tek published a story highlighting a prototype excavator, which the Norwegian publication claims is nearly indistinguishable from any other 26-ton excavator — other than the fact that it's much quieter.

When you look under the hood, though, the differences become apparent.

The all-electric excavator includes a 300 kWh battery pack, which is about three times the capacity of the largest Tesla model. In total, the batteries weigh 3.4 tons and can keep the excavator in operation for between five and seven hours before it needs to recharge.

Caterpillar and Pon Equipment created the all-electric excavator for construction company Veidekke, which expects to receive eight of the vehicles by the end of the month.

"For us, it is important to use new technology that helps to reduce emissions from our machine park," Øivind Larsen, Veidekke's construction director, told Tek, "and not least to improve everyday life for those who use the machines."

He went on to add that Norway could cut its annual emissions by the equivalent of 60,000 cars if it replaced all 2,500 of its comparable excavators with electric versions, so imagine the impact if all the world's nations transitioned to electric construction equipment.

But first the machines will need to prove that they're as effective on the construction site as their fossil-fuel-powered counterparts, and we should know whether that's the case shortly, thanks to Veidekke.

READ MORE: The World's First of Its Kind — and It Is Built in Norway [Tek]