Study Supports Theory That "Men Are Idiots" - Wait... What? 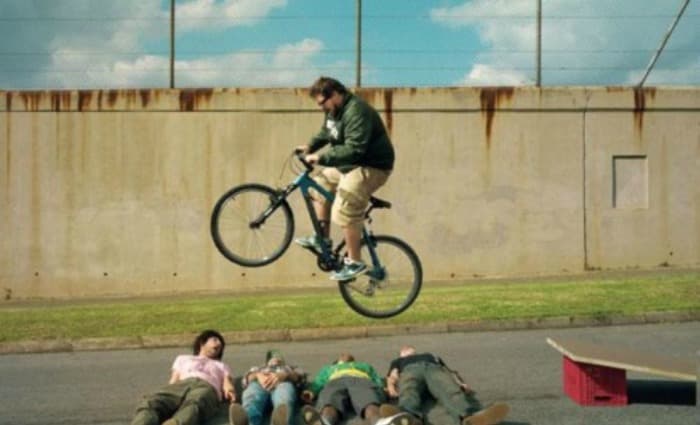 So. What the heck?

Some notes before we begin: The findings were reported on a host of sites—NPR, Washington Post, Time, and a many others. It was also published on Phys.org. Now, some may argue that this is a perfectly fine study, that it is a bit of tongue-in-cheek. And sure.

However, phys.org claims to be the "leading web-based science, research and technology news service." Now, scientists can be funny. But science writers also have to take some responsibility for what they report. So when a science site posts an abstract without noting how flawed the findings and methodology are, we have a problem.

A science site is not the same thing as a generic news site like HuffPo.

Unsurprisingly, a lot of people were mad when phys.org reported this. They felt betrayed by a site that is supposed to report accurate scientific data. Now we could go back and forth about what is and is not acceptable. But I am going to avoid all of that and do, what I believe, others should have done in the first place—what scientists do—break down the methodology.

(You can do that and be funny. That, I think, is what makes a good science writer.)

Breaking Down the Research:

The paper was written by Ben Alexander Daniel Lendrem, Dennis William Lendrem, Andy Gray, and John Dudley Isaacs. And while they note that, because of the way our culture operates, men may be more likely to play risky sports, we still have a great many reasons to think that men are more idiotic than women.

Obviously, playing risky sports isn't something that most would consider "idiotic," as there is a distinct payoff to such activity (monetary rewards, fame, and so on). However, the authors claim that men very often do things that are risky for other reasons...reasons that are idiotic.

In the paper, the authors state, "there is a class of risk—the 'idiotic' risk—that is qualitatively different from those associated with, say, contact sports or adventure pursuits such as parachuting. Idiotic risks are defined as senseless risks, where the apparent payoff is negligible or non-existent, and the outcome is often extremely negative and often final."

And ultimately, the authors assert that men do stupid things a lot more than women.

In order to investigate just how idiotic men are, they rely on something called "Male Idiot Theory” (MIT). The theory suggests that the differences in risk seeking behavior between men and women can be explained by the observation that men are idiots and idiots do stupid things. Where does this fantastical theory come from? Cartoonist John McPherson. Yes, cartoonist John McPherson.

The authors actually cite his book Women Are from Venus, Men Are Idiots when referencing MIT. Now, full disclosure, I haven't actually read all the cartoons in McPhearson's book. But I am relatively certain that MIT is not an actual theory (here, "relatively" means "totally and completely") because the authors of the article continue by noting, "There are anecdotal data supporting MIT, but to date there has been no systematic analysis of sex differences in idiotic risk taking behaviour."

Now, maybe I am the one who is an idiot here, but if there have been no actual studies, if you are just relying on fictional stories from a cartoon book to support your theory, I am going to go out on a limb here and suggest that this is not an actual theory. At least, not according to science. A scientific theory "consists of one or more hypotheses that have been supported with repeated testing. Theories are one of the pinnacles of science and are widely accepted in the scientific community as being true." If there have been no studies; it is not a theory. End of story.

But I'm just being nit-picky about what scientists mean when they say "theory." So let's just move on and delve deeper into this fantastical new research...

The major question is, how does one measure male idiocy? I mean, do you just stand on the street corner and take note of the number of times that men do something stupid?  What would an experimental study consist of? For example, would you perhaps conduct experiments with men and women where you leave them alone with a motorcycle, duct tape, some 2X4s and see what happens?

Such a study would leave me utterly baffled.

But fear not! The authors were able to tackle this difficult issue thanks to The Darwin Awards. If you are not familiar with the awards, in order to win you have to lose...your life. Winners of the Darwin Award must die in such an idiotic manner that “their action ensures the long-term survival of the species, by selectively allowing one less idiot to survive.” Notably, the Darwin Awards Committee attempts to make a clear distinction between idiotic deaths and accidental deaths. Thus, by looking at who wins more awards, men or women, we can make inferences about who the bigger idiots are.

The authors explain the Darwin Awards, and their methods, thus:

Data for the 20 year period from 1995 to 2014 were obtained from the Darwin Awards. Nominations for a Darwin Award are evaluated according to five rigorous selection criteria: death, style, veracity, capability, and self selection.

We reviewed all Darwin Award nominations, noting the sex of the winner. Our analysis included only confirmed accounts verified by the Darwin Awards Committee. Urban legends and unverified accounts were excluded. Honourable mentions—worthy examples of idiotic behaviour not resulting in elimination from the gene pool—were also excluded from the analysis.

And the authors found that, of the 318 valid cases for statistical testing, 282 Darwin Awards were awarded to males and just 36 awards given to females. And they conclude. "This finding is entirely consistent with male idiot theory (MIT) and supports the hypothesis that men are idiots."

But honestly, none of that matters. The only way to tell the differences between men and women from a neurological perspective...is from a neurological perspective. By now, we all know that correlation does not equal causation. Just because you are a man and you died in a way that was absurdly stupid does not mean that you died in an absurdly stupid way because you are a man.

But there is one major question that one is left with at the end of all of this. One that I have not addressed yet. The authors discuss where to go from here, and they assert, "With the festive season upon us, we intend to follow up with observational field studies and an experimental study — males and females, with and without alcohol — in a semi-naturalistic Christmas party setting." Now then, where does one sign up for such a study?