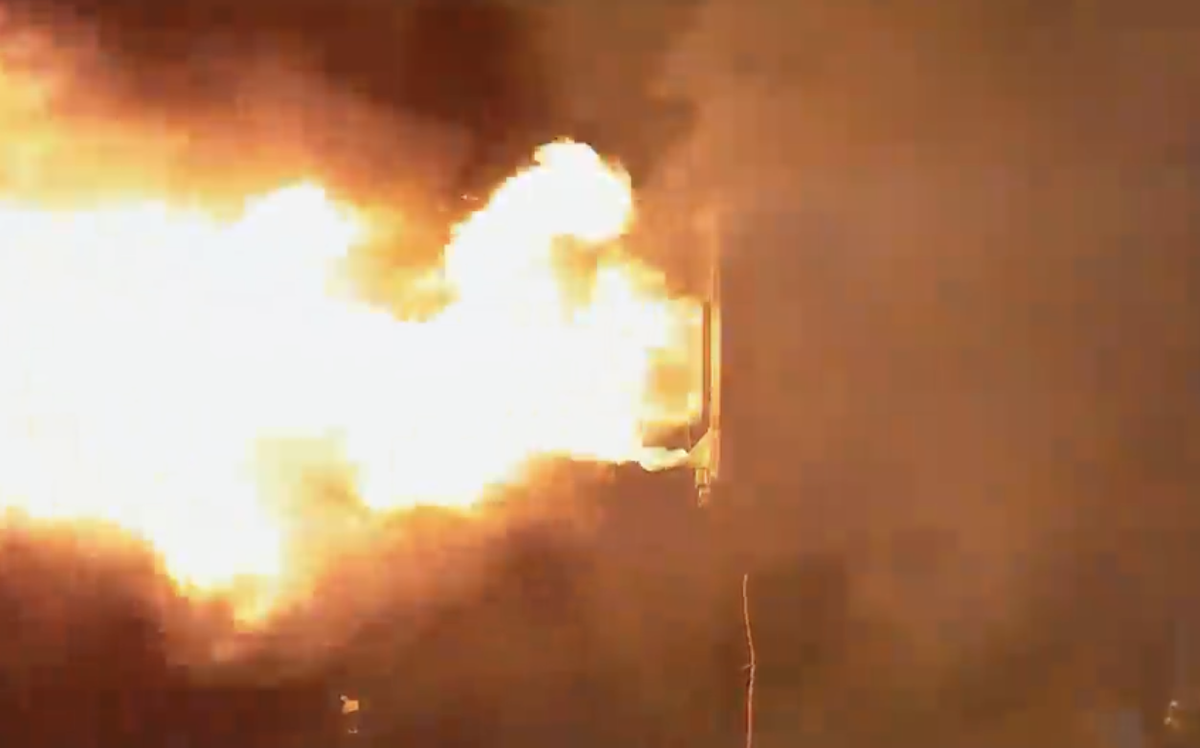 The "green" rocket uses a hybrid fuel made with high density polyethylene (HDPE) and nitrous oxide oxidizer, according to New Atlas. HDPE is used in a wide variety of plastic products including detergent and beverage bottles — making it an intriguing way to power energy-intensive rockets.

"We are delighted with the UK test firings," said Pulsar CEO Richard Dinan, according to New Atlas. "To have a British rocket test on UK soil is novel. Pulsar is among a very few companies around the world to have built and tested these technologies. We have a team of fantastic scientists with a wealth of experience to thank for these milestones."

Pulsar pulled off its first static fire of the hybrid engine at the UK's Ministry of Defence military base in Salisbury last week, and according to The Independent, held an international demonstration for space industry clients in Switzerland Nov. 25. The company also posted a video of the test on Instagram.

Using waste plastic to launch rockets is a strong pitch, because plastic has become a ubiquitous source of pollution that's gallingly difficult to properly recycle. After all, The Guardian reported that the first microplastics were found in unborn fetuses just last year. We're pretty sure rocket fuel production won't soak up most of the world's excess plastic, but anything is better than nothing.

A sticking point may turn out to be that Pulsar says one of its main goals is tackling nuclear fusion propulsion, which has plagued scientists for decades. Fusion could slash travel time to Mars in half and reduce the need for rockets to take heavy fuel loads into space, but it does raise the question of why Pulsar is testing plastic-powered rockets now. Fusion has been posited as a nearly limitless power source — once we figure out how to control it, that is — so maybe this rocket was tested in the hopes of getting some public press and support in the interim.

We may find out sooner rather than later, since New Atlas says Pulsar wants to demonstrate a fusion propulsion engine for static fire testing by 2025, and then launch and test one in orbit in 2027. They also pulled off what Virgin Galactic seemingly couldn't, since that company scrapped a rocket powered by a different kind of plastic after a failed test flight in 2014.

Read This Next
Futurism
NASA-Funded Company Wants to Redefine Space Travel With Fusion Rockets
Futurism
Science Explained: How Does Our Sun Work?
More on Off World
TMNT
2:25 PM on the byte
Chunky Turtle Spotted Near NASA's Mega Moon Rocket
Cloud Spotting
Yesterday on the byte
NASA Needs Your Help Spotting Clouds On Mars
Rolling Coal
Wednesday on futurism
Space Travel Will Absolutely Gut the Environment, Scientists Warn
READ MORE STORIES ABOUT / Off World
Keep up.
Subscribe to our daily newsletter to keep in touch with the subjects shaping our future.
+Social+Newsletter
TopicsAbout UsContact Us
Copyright ©, Camden Media Inc All Rights Reserved. See our User Agreement, Privacy Policy and Data Use Policy. The material on this site may not be reproduced, distributed, transmitted, cached or otherwise used, except with prior written permission of Futurism. Fonts by Typekit and Monotype.