The Next Revolution of Sports Cheating: Rewriting Athletes' Genetic Codes

How do we stop cheating if we can't detect it? 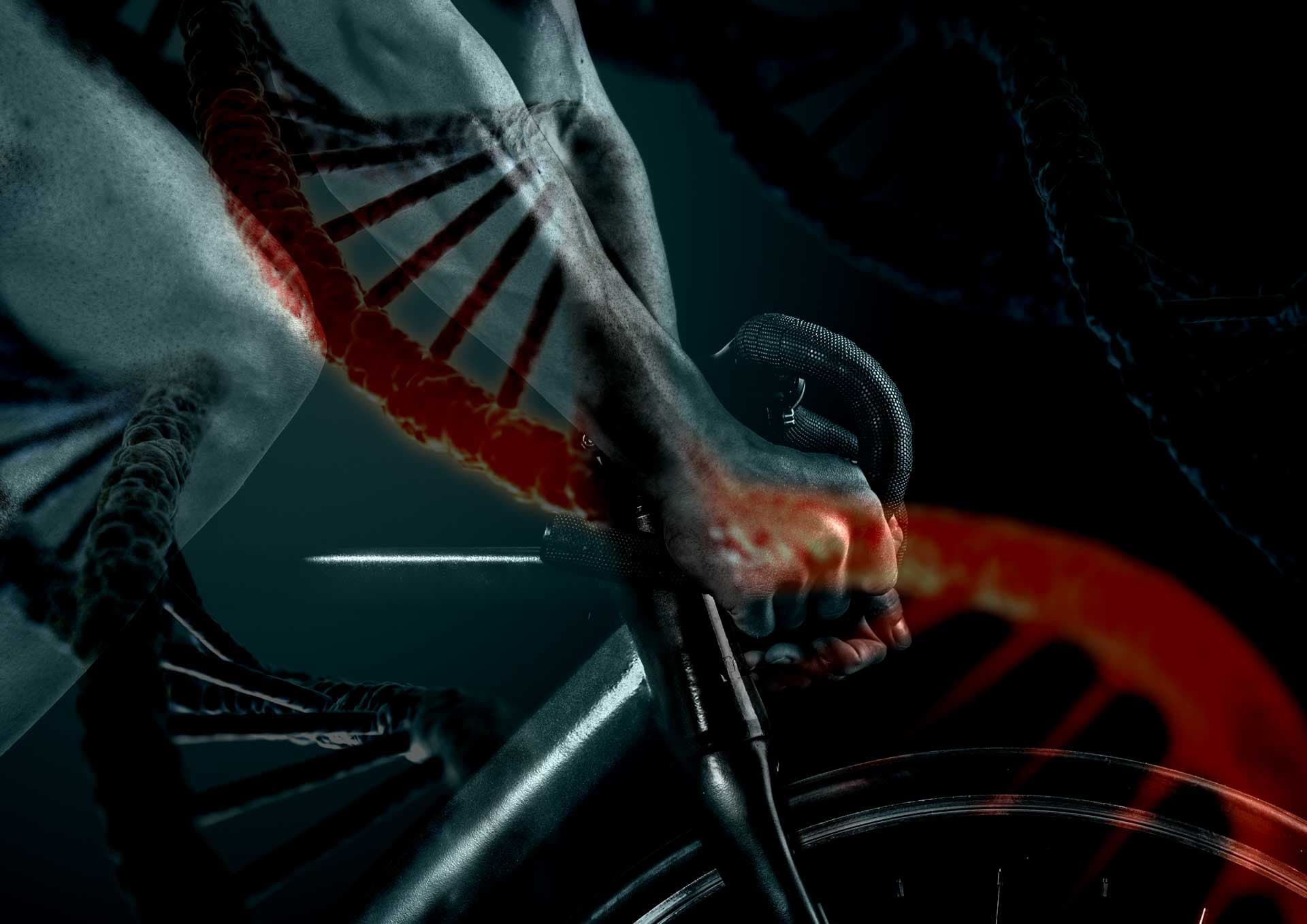 That's a whole lot of prosperity.

Sure, officials eventually figured out that Armstrong, Ramirez, and Johnson used prohibited performance-enhancing drugs (PEDs) and penalized them accordingly. However, countless others get away with it. And in the not-so-distant future, athletes could cheat in a way that's even harder, if not impossible, to detect.

It's called gene doping. Scientists are figuring out how to literally rewrite our genetic code through genetic modification and gene editing. That means tomorrow's athletes could take the field with genes purposely, synthetically altered.

How would that work? you may wonder. Think for a moment about genetically modified organisms (GMOs). You've probably come across them at the supermarket, maybe read a bit about them online. To modify the plants' genes, scientists usually use a virus to introduce a useful gene. In theory, scientists could apply the same process to create a better athlete.

For example, a scientist could use instruct a virus to insert a gene that encourages the body to produce the protein erythropoietin (EPO). EPO helps deliver oxygen to tissue, which is why athletes have injected it for years to improve their performance.

Detecting injected EPO is simple, which is why athletes subjected to doping tests may avoid it. But detecting excess EPO the body produced on its own? Much harder to do. Though it's possible.

Officials would need to look for extra copies of the gene in an athlete's blood or other biological sample, Olivier Rabin, senior executive director of sciences and international partnerships at the World Anti-Doping Agency (WADA), told CNN.

Of course, that would only work if the officials knew what the athlete's genetic code looked like before it was edited. After all, who's to say the athlete wasn't born with those "extra" copies?

And then there's gene editing. Unlike genetic modification, which involves adding genes, gene editing focuses simply cutting and pasting of the genes an organism already has. A gene-edited athlete wouldn't have any added genes for officials to find.

To get ahead of the issue, the WADA is considering asking all Olympic athletes to submit copies of their full genetic code. That's murky territory in terms of privacy, and the issue gets even murkier when you consider that some Olympic athletes are minors. Plus, that wouldn't stop genetic modification across all sports, since we'd need copies of every athlete's code (not just the ones that compete in the Olympics) before genetic modification in humans becomes real.

Researchers suggest officials educate athletes about the ethical issues and health risks associated with gene doping while it's still merely theoretical. Still, if we've learned anything from PED use, it's that athletes are willing to take incredible risks to get an edge over the competition.

For some athletes, the potential downsides of gene doping may seem worthwhile if it could help them achieve glory. And for now, we don't have an effective plan to stop them.

Read This Next
Human Evolution
"Mad Scientist" Mom Turns Autistic Son Into a "Cyborg"
Pointless Procedure
CRISPR Baby Experiment Meant to Prevent HIV Might Not Even Work
Gene Editing Ban
Experts Call for Temporary World Ban on Gene-Hacked Children
Small Wonder
Tiny New CRISPR Protein Could Make Human Gene-Hacking Less Risky
Futurism
Rogue Bitcoin-Funded Biohacker Wants to Gene-Hack Designer Babies
More on Enhanced Humans
Butcher Shop
Yesterday on futurism
Neuralink Employees Admit Company Has Killed 1,500 Animals So Far
Skull Candy
Oct 24 on the byte
A Guy Lost His Eye and Put a Bright Light Into the Socket
So Sue Me
Sep 28 on futurism
Battle Erupts Over Alleged Grisly Photos of Brain-Hacked Neuralink Monkeys
READ MORE STORIES ABOUT / Enhanced Humans
Keep up.
Subscribe to our daily newsletter to keep in touch with the subjects shaping our future.
+Social+Newsletter
TopicsAbout UsContact Us
Copyright ©, Camden Media Inc All Rights Reserved. See our User Agreement, Privacy Policy and Data Use Policy. The material on this site may not be reproduced, distributed, transmitted, cached or otherwise used, except with prior written permission of Futurism. Articles may contain affiliate links which enable us to share in the revenue of any purchases made.
Fonts by Typekit and Monotype.