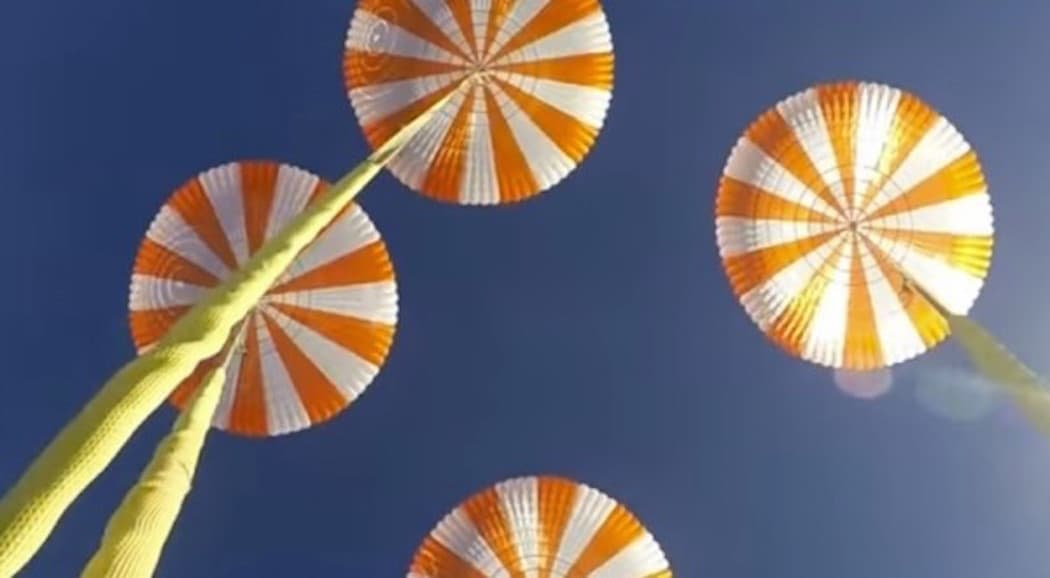 SpaceX is a company known for making cargo runs for NASA to the International Space Station, and has been doing so since 2012. The longstanding partnership is set to extend, as NASA is (apparently) going to renew the contract long term.

In fact, NASAhas also contracted SpaceX to bring astronauts to the International Space Station, and has built a crew-rated version of the Dragon spacecraft specific to this initiative.

For this project to come to fruition, numerous tests have to be conducted; the most recent one being the parachutes, where the company placed a giant weight in place of the actual spacecraft and dropped the test chutes over Coolidge Arizona using a C-130. The tests proved to be successful and deployed as they were intended to.

Despite the test rig landing in the desert, they intend for the spacecraft to land in the ocean—this will mark the first time that astronauts will land in water since the 70s. These SpaceX missions are set to take place sometime in late 2017 or early 2018.

Simultaneously, as SpaceX is testing water landings, the company is also studying the use of jet propulsion as a way to land on solid ground or on drone ships at sea. The whole point of this focused research is to find the right technology that will allow astronauts to safely come back to Earth.

Check out SpaceX’s video of their parachute tests below.

Read This Next
From Our Partners
This NASA Apollo 15 Commemorative Watch Is Historic In Its Own Right
Moon Madness
SpaceX Will Launch Remote Controlled Racecars to Lunar Surface
Picking Up the Trash
SpaceX President: Starship Could Help Pick Up Space Junk
Space Beef
Elon Musk: SpaceX Competitor "A Complete Waste of Taxpayer Money"
Trump Brain
Former Astronaut Blasts Trump For Lying About NASA
More on Sci-Fi Visions
From the Dept. of...
Monday on futurism
The Best Humidifiers of 2023
Human v. Giraffe
Jan 24 on the byte
Chaotic Italian Fashion Line Baffles Facial Recognition Software
Step One
Jan 24 on the byte
World’s Third Richest Person Says He’s Developed "Addiction" to ChatGPT
READ MORE STORIES ABOUT / Sci-Fi Visions
Keep up.
Subscribe to our daily newsletter to keep in touch with the subjects shaping our future.
+Social+Newsletter
TopicsAbout UsContact Us
Copyright ©, Camden Media Inc All Rights Reserved. See our User Agreement, Privacy Policy and Data Use Policy. The material on this site may not be reproduced, distributed, transmitted, cached or otherwise used, except with prior written permission of Futurism. Articles may contain affiliate links which enable us to share in the revenue of any purchases made.
Fonts by Typekit and Monotype.