While Mark Zuckerberg Testified Before Congress, Senators Introduced Legislation That Would Finally Rein Facebook in

Senators Markey and Blumenthal are not appeased by Zuckerberg's apology tour. 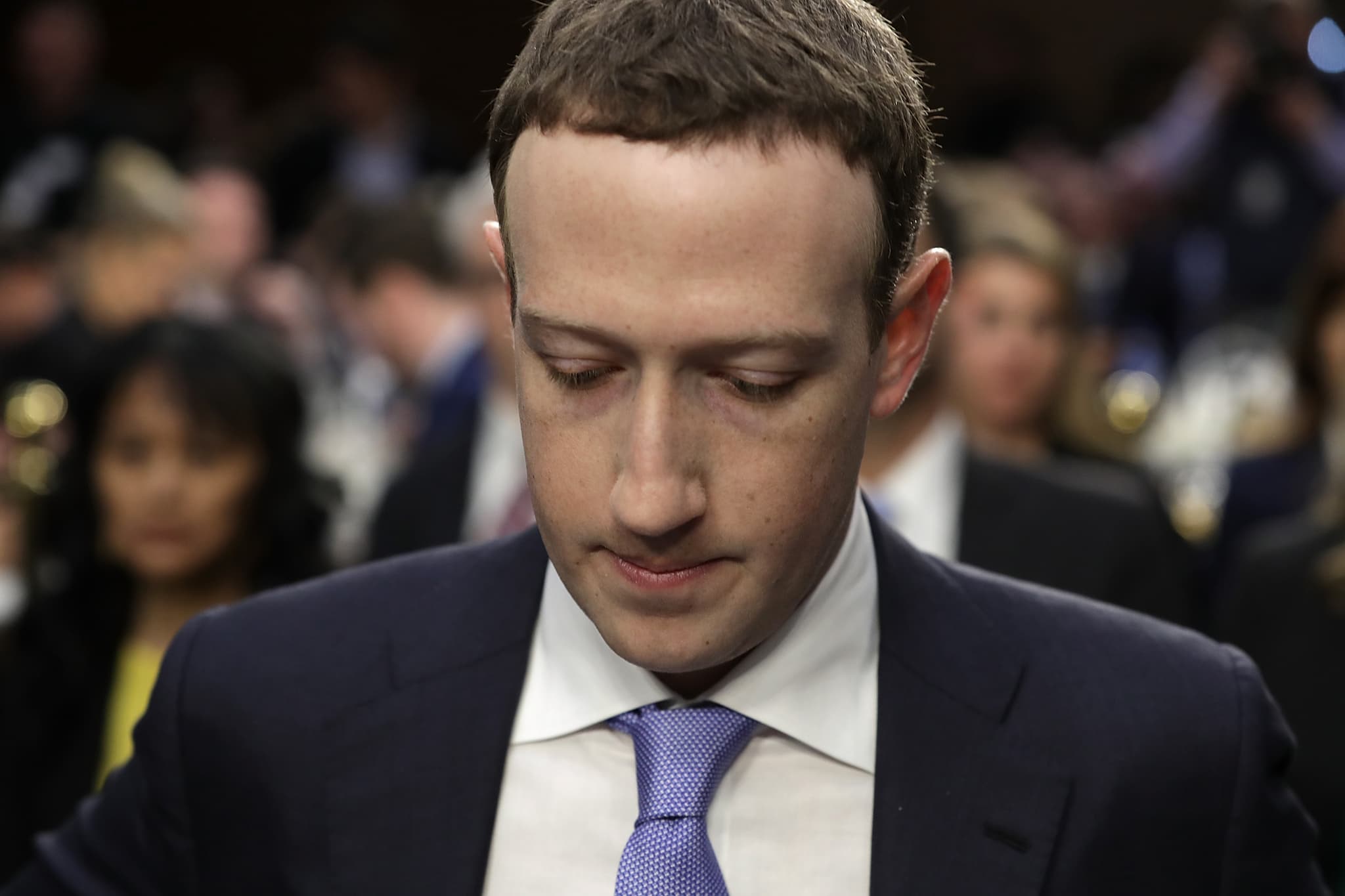 If your eyes were glued to your screen as you watched the soothing back-and-forth between a bunch of elderly white men pretending to understand the internet and a contrite, broad-foreheaded, moon-faced Mark Zuckerberg, you might have missed the only real piece of substantial news to come out of Congress in the past few hours.

That is: proposed legislation that could limit Facebook and its ilk more than any before it.

The legislation would require companies that mine user data to sell to advertisers, such as Facebook and Google (both are mentioned by name in the press release but not in the legislation itself), to allow users to opt-in to sharing of personal information and develop "reasonable security practices," according to a press release. Companies would have to notify users if their data was collected or shared, or if their information was hacked.

It would fall to the Federal Trade Commission (FTC) to enforce the law, which, as The Verge notes, would make the agency even more powerful, especially in the realm of online advertising, over which the FTC already has jurisdiction.

American legislators seem to be heeding consumers' growing demands for legislation to protect their privacy online to rival the laws that will go into effect in the European Union this year.

It's not yet clear when the CONSENT Act might go to a vote.

Senators Markey and Blumenthal don't seem all that impressed by Zuckerberg's apology tour. They've decided the time has come to stand up for users who were shocked by the Cambridge Analytica scandal and still find themselves with little say in (or, often, knowledge about) what kind of their own data companies are using to make money and share with others.

“The startling consumer abuses by Facebook and other tech giants necessitate swift legislative action rather than overdue apologies and hand-wringing,” Blumenthal said in the press release. “Our privacy bill of rights is built on a simple philosophy that will return autonomy to consumers: affirmative informed consent. Consumers deserve the opportunity to opt in to services that might mine and sell their data – not to find out their personal information has been exploited years later.”

Read This Next
Meta Material
Christmas Present VR Headset Sends Boy to the Hospital
From Our Partners
Shop Securely With 94% Off BelkaVPN For A Pre-Black Friday Sale
From Our Partners
TIKI Gives Back the Data Ownership That Companies and Big Tech Have Taken From You
From Our Partners
Protect Your Data With 70% Off Two Years Of IPVanish VPN
From Our Partners
Save 80% On The VPN Built To Keep You Streaming
More on Sci-Fi Visions
What is Happening
Feb 1 on the byte
Elon Musk Sets His Twitter Account to Private
From the Dept. of...
Jan 30 on futurism
The Best Humidifiers of 2023
Human v. Giraffe
Jan 24 on the byte
Chaotic Italian Fashion Line Baffles Facial Recognition Software
READ MORE STORIES ABOUT / Sci-Fi Visions
Keep up.
Subscribe to our daily newsletter to keep in touch with the subjects shaping our future.
+Social+Newsletter
TopicsAbout UsContact Us
Copyright ©, Camden Media Inc All Rights Reserved. See our User Agreement, Privacy Policy and Data Use Policy. The material on this site may not be reproduced, distributed, transmitted, cached or otherwise used, except with prior written permission of Futurism. Articles may contain affiliate links which enable us to share in the revenue of any purchases made.
Fonts by Typekit and Monotype.