Scientists Think Dark Energy Might Be Just an Illusion

This would make the universe both more and less mysterious. 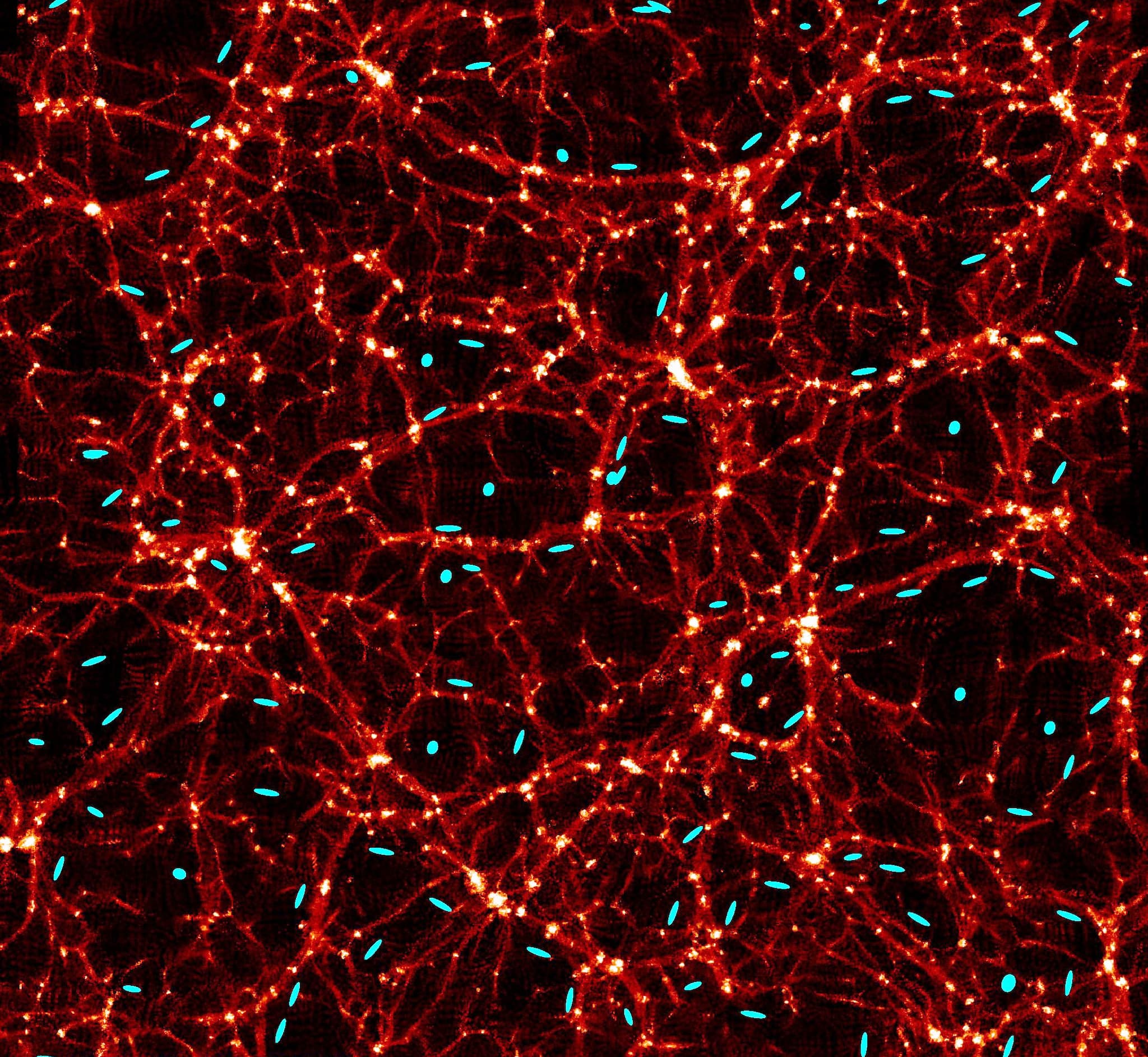 Dark energy and matter, two hot-button subjects of physics that have captivated and stumped enthusiasts and experts alike. Since its discovery in 1998, dark energy has been a subject of extensive study and confusion. Theoretically comprising approximately 68% of the known universe, this mysterious form of energy is said to be accelerating the expansion of the Universe. However, despite these past conclusions, new simulations suggest that dark energy might not actually exist at all.

Physicists hailing from Loránd University in Hungary and the Institute for Astronomy at the University of Hawaii mathematically modeled the effect of gravity on "dark matter" (they used millions of particles to represent dark matter). This model showed how matter would have gathered and resembled large scale galaxy structures (or "bubbles" of space and their surrounding galaxies) in the early Universe. And, much like the actual Universe, their model expanded. However, averaging out how these different "bubbles" expanded, the researchers found an overall acceleration.

What Is the Universe Made Of?

Now, this might not seem like a huge deal, but when you think about this study in terms of dark energy, what they really found was an explanation for how the formation of large and complex structures in the universe affects its expansion. And, according to László Dobos from Eötvös Loránd University, "These issues were previously swept under the rug but taking them into account can explain the acceleration without the need for dark energy."

Their calculations showed that dark energy could have really just been a tool to explain the expansion of the Universe. Dark energy could really just be an illusion of energy that comes from changing structures in the Universe. So...what does this mean? Well, for starters it means that there is both more and less mystery in our Universe. We might be a step closer to better understanding the expansion of the Universe, but this new possibility opens up a lot of new doors and introduces a lot of new questions.

Read This Next
Quacks Like a Duck
Those Headlines About Scientists Building a Wormhole Are Total Nonsense, People
Bangs and Bounces
Scientists Say Stuff Might Have Been Happening Before the Big Bang
Hubble Tension
Most Precise Measurements of the Universe Suggest That Something Is Very Wrong
Dark Secrets
Scientists Just Detected the Oldest Dark Matter Ever Observed
Walled Up
Scientists Say Space Is Filled With Invisible Walls
More on Hard Science
Tractor Beam
Jan 26 on the byte
Scientists Build Working Tractor Beam, Although It's Comically Tiny
Having a Blast
Jan 18 on the byte
New Study Shows Where You Should Hide to Survive a Nuclear Attack
Offworld Amino
Jan 15 on the byte
Scientists Find Building Blocks of Life in Meteor That Smashed Into Family's Driveway
READ MORE STORIES ABOUT / Hard Science
Keep up.
Subscribe to our daily newsletter to keep in touch with the subjects shaping our future.
+Social+Newsletter
TopicsAbout UsContact Us
Copyright ©, Camden Media Inc All Rights Reserved. See our User Agreement, Privacy Policy and Data Use Policy. The material on this site may not be reproduced, distributed, transmitted, cached or otherwise used, except with prior written permission of Futurism. Articles may contain affiliate links which enable us to share in the revenue of any purchases made.
Fonts by Typekit and Monotype.