"This is not what real data look like, and we can’t think of a plausible benign explanation for it." 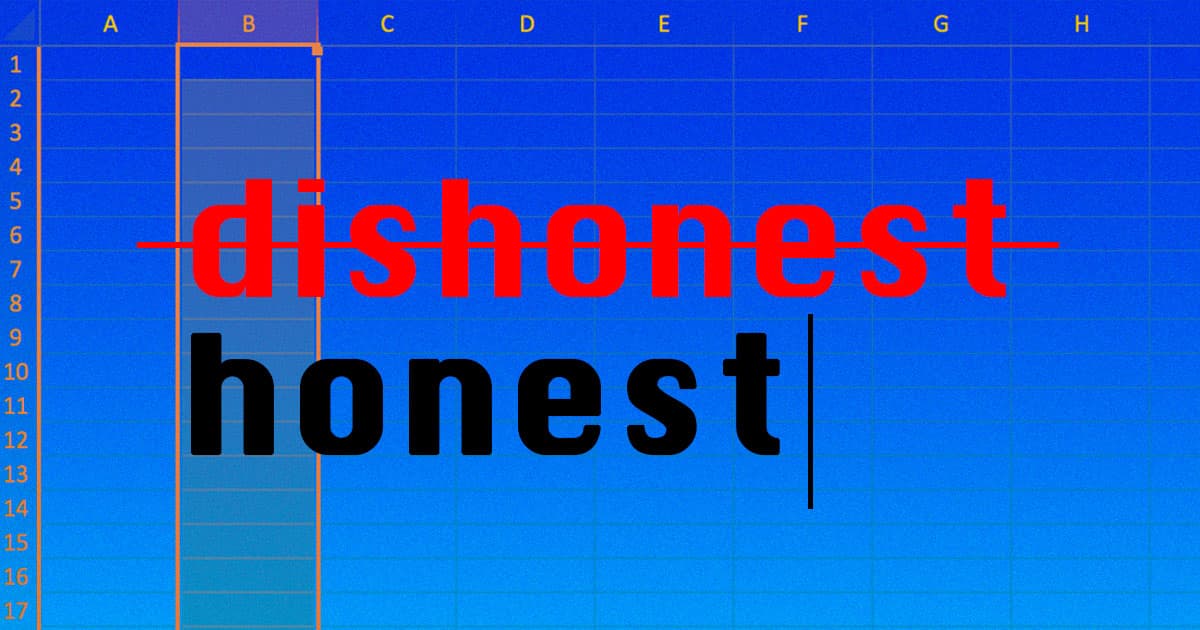 It's the epitome of irony.

A 2012 study co-authored by famed behavioral scientist Dan Ariely about honesty — which had wide-reaching effects on how governments and businesses approached fraud prevention — was more than likely based on falsified data, BuzzFeed News reported last week.

The three academics who called the results into question found that Ariely's 2012 study was based on "a fraudulent dataset" that was "beyond a shadow of a doubt" fabricated, according to a post on their blog Data Colada — a troubling reminder that scientific integrity is never a given.

The team, as well as many of the researchers who originally published the study, are now calling on the Proceedings of the National Academy of Sciences, the journal which first published the research, to retract it.

The 2012 study claimed that if people were to sign an honesty declaration before — not after — a form about auto insurance, they were more likely to fill it out honestly. At least one insurance company adopted the method, according to BuzzFeed, and the practice has even been taught to corporate executives.

But something about the numbers didn't look right, as the scientists behind the recent investigation found.

Ariely, however, is maintaining his innocence.

"If I knew that the data was fraudulent, I would have never posted it," he added.

But troublingly, Ariely's account included conflicting answers. He also claimed that the insurance company that provided the allegedly made-up data to him no longer have access to the original records, according to BuzzFeed.

The study was first called into question well over a year ago. Several of the 2012 study's original authors tried to reproduce the results some eight years after it was published, and found some unusual inconsistencies in the original data, causing them to ring the alarm bells.

They even published an op-ed last March in the Scientific American titled "When We’re Wrong, It’s Our Responsibility as Scientists to Say So."

Academics from Data Colada, an international team of data sleuths made up of three business school lecturers and professors, then pored over the newly released data which the study was based on and found something even more troubling.

They found several signs that the data was fabricated, spotting mysterious uses of unexpected fonts in the Excel spreadsheet and data points that seemed conveniently distributed.

"This is not what real data look like, and we can’t think of a plausible benign explanation for it," the Data Colada blog post reads.

"There is very strong evidence that the data were fabricated," it concluded.

Several of the original authors are now actively distancing themselves from the work, BuzzFeed reports.

But whether they've learned their lesson remains to be seen.

Read This Next
HODL Problems
An Entire Country Switched to Bitcoin and Now Its Economy Is Floundering
Bitcoin Disease
Ex-Crypto Backer: Bitcoin Is a "Contagious Disease" and It's About to Get Nasty
Brands We Love
This Tech Company Could Save You Thousands On Student Loans
Brands We Love
Real Estate Investing Has Finally Evolved Thanks to This Innovative Peer-to-Peer Platform
Brands We Love
This Fintech Firm's Investing Platform Could Change Real Estate Forever
More on Future Society
I Silence Thee
Yesterday on futurism
Leaked Messages Seem to Show Elon Musk Using Twitter to Punish His Enemies
Gas Giant
Friday on the byte
Journalist Eats Lab-Grown Chicken, Gets "Weirdly Gassy"
Musk Rats
Thursday on the byte
Twitter Is Quietly Re-Suspending the Lunatics Elon Musk Let Back On
READ MORE STORIES ABOUT / Future Society
Keep up.
Subscribe to our daily newsletter to keep in touch with the subjects shaping our future.
+Social+Newsletter
TopicsAbout UsContact Us
Copyright ©, Camden Media Inc All Rights Reserved. See our User Agreement, Privacy Policy and Data Use Policy. The material on this site may not be reproduced, distributed, transmitted, cached or otherwise used, except with prior written permission of Futurism. Articles may contain affiliate links which enable us to share in the revenue of any purchases made.
Fonts by Typekit and Monotype.