Ex-Crypto Backer: Bitcoin Is a "Contagious Disease" and It's About to Get Nasty

"Few assets in financial history have been more fragile than Bitcoin." 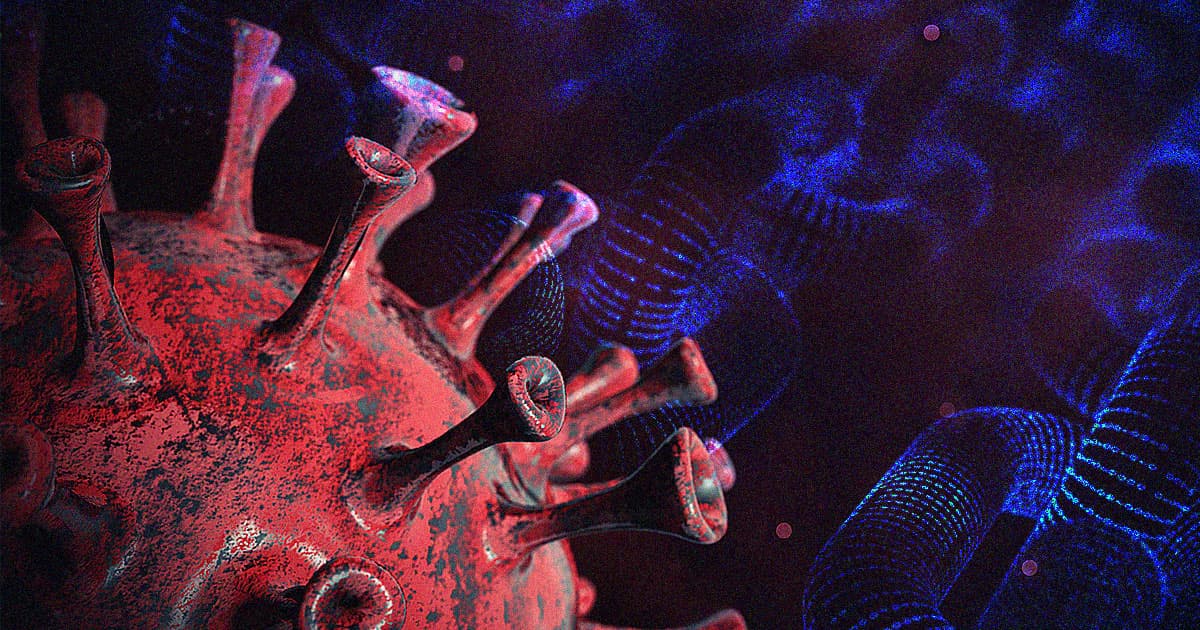 An options trader-turned-economic philosopher is slamming Bitcoin, calling it a "disease."

In a series of tweets this week, Nasim Nicholas Taleb, NYU risk engineering professor and author of the 2007 book "The Black Swan," called Bitcoin a "contagious disease" built on bringing in "suckers" to build up a fragile speculative bubble that's now set to burst.

Given that Bitcoin is expected to reach historic lows, chances are his prediction could come true.

Before last summer, the author was a Bitcoin believer. In 2017, Taleb went so far as to write the foreword to "The Bitcoin Standard," written by fellow Lebanese countryman and economist Saifedean Ammous. In the book, both Taleb and Ammous championed the cryptocurrency as a way out of repeated financial crises caused by traditional banking.

Taleb has since had a huge change of heart and reversed his stance on Bitcoin. Last summer, he self-published a "black paper" in which he explained why he no longer bought into the "hype" of Bitcoin and why he now considers it worthless and dangerous.

Since coming out swinging against the cryptocurrency, the writer hasn't backed down, calling BTC proponents "imbeciles," and the currency itself "an awkward, clunky, and already obsolete product of low interest rates."

The proposition of cryptocurrencies at large acting as an "insurance policy" against governments controlling financial markets has failed tremendously, Taleb argued in his paper.

"It is indeed desirable to have at least one real currency without a government," Taleb argued in the paper. "But the new currency just needs to be more appealing as a store of value by tracking a weighted basket of goods and services with minimum error."

Indeed, Taleb argues that Bitcoin is no real currency at all, but people confuse it for one due to its speculative worth and its prominent volatility.

"Few assets in financial history have been more fragile than Bitcoin," he wrote in the paper.

On his Twitter feed, Taleb has repeatedly been far harsher than he was in the paper, likening Bitcoin speculation to a less-aesthetic iteration of the infamous 17th century Dutch tulip bubble — which ended in disaster.

While he's not the first former crypto stan to change his tune, Taleb provides academic explanations for his evolving opinions.

With the crypto world becoming more and more mainstream, such rigor is pretty refreshing — regardless of whether you agree or not.

Read This Next
La La La
SBF's Dad Kept Sticking His Fingers in Ears During Court Hearing
Sword Art Online
Guy Who Invented the Word "Metaverse" Building His Own Metaverse
Rube Goldbergian
The Dune NFT Project Is Back With an Inscrutable New Scheme
Regulating Crypto
Hillary Clinton Calls Out Crypto Exchanges for Letting Russia Bypass Sanctions
Crypto Fail
The CEO of Coinbase Gets Brutally Owned, May Never Recover
More on Future Society
I Silence Thee
Yesterday on futurism
Leaked Messages Seem to Show Elon Musk Using Twitter to Punish His Enemies
Gas Giant
Friday on the byte
Journalist Eats Lab-Grown Chicken, Gets "Weirdly Gassy"
Musk Rats
Thursday on the byte
Twitter Is Quietly Re-Suspending the Lunatics Elon Musk Let Back On
READ MORE STORIES ABOUT / Future Society
Keep up.
Subscribe to our daily newsletter to keep in touch with the subjects shaping our future.
+Social+Newsletter
TopicsAbout UsContact Us
Copyright ©, Camden Media Inc All Rights Reserved. See our User Agreement, Privacy Policy and Data Use Policy. The material on this site may not be reproduced, distributed, transmitted, cached or otherwise used, except with prior written permission of Futurism. Articles may contain affiliate links which enable us to share in the revenue of any purchases made.
Fonts by Typekit and Monotype.