Walled Up
5. 12. 22 by Victor Tangermann
Walled Up
/Hard Science

Could "symmetrons" explain the existence of dark matter? 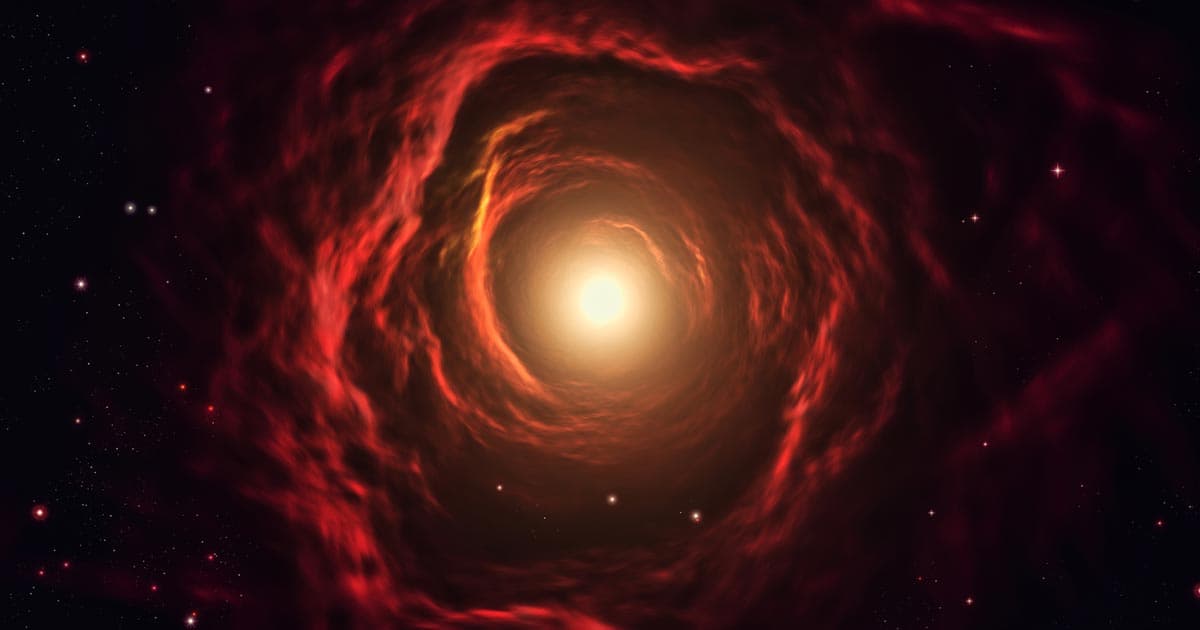 Scientists' current best theories about the arrangement of the cosmos suggest that small galaxies should be distributed around their host galaxies in seemingly random orbits.

But observations have found that these smaller galaxies arrange themselves in thin disks around their hosts, Vice reports, not unlike Saturn's rings. Needless to say, that represents a puzzling gap between knowledge and theory.

Researchers are now trying to reconcile this gap by suggesting smaller galaxies may be conforming to invisible "walls" created by a new class of particles called symmetrons — a fascinating proposal that could rewrite the laws of astrophysics.

The standard theory, known as the Lambda cold dark matter (Lambda-CDM) model suggests that the universe is made up of three key elements: the cosmological constant, which is a coefficient added by Einstein to explain his equations of general relativity, cold dark matter which are slow moving theoretical particles that don't emit radiation, and the conventional matter we interact with every day.

That theory suggests that smaller galaxies should be captured by the gravitational pull of larger host galaxies and forced into chaotic orbits, something that has not been reflected in real world observations.

Now, two researchers from the University of Nottingham may have come up with an explanation, as detailed in a new, yet-to-be-peer-reviewed study.

They suggest a "fifth force" could be arranging the galaxies into disk shapes, while still considering the existence of dark matter, the mysterious substance that appears to make up the vast majority of the universe's mass.

According to their theory, speculative particles known as symmetrons, which researchers have used to explain gaps in our knowledge of the cosmos, could generate this "force" to form "domain walls," or boundaries in space.

"We know that we need new particles because we have dark matter and dark energy and so we suspect that we're going to need to add new particles to our standard model to account for those things," Aneesh Naik, a research fellow at the University of Nottingham, and lead author of the preprint, told Vice.

"That's the context in which people study theories like symmetron theory — it's a new particle candidate for dark energy and/or dark matter," he added.

These particles could exist in groups of different polar states, forming invisible walls between them. These walls, in turn, could trigger smaller galaxies to form disks around much bigger host galaxies.

But many questions remain, and Naik and his colleague University of Nottingham physicist Clare Burrage have plenty of work ahead of them to solidify the theory.

Read This Next
Dark Secrets
Scientists Just Detected the Oldest Dark Matter Ever Observed
Turn Back Time
Scientists Say There May Be a Mirror Universe in Which Time Runs Backwards
Into Darkness
Inside NASA's Bold Proposal to Probe the Mysteries of Dark Matter
Was Al Wrong?
New Evidence About the Universe Suggests Einstein Was Wrong
Big Sky
Scientists Say New Experiment Will Determine "Fate of the Universe"
More on Hard Science
Warped Tour
Feb 2 on futurism
Professor Believes Door to Warp Drive May Lie With Ethylene Glycol
Sky Bursts
Feb 2 on the byte
Astronomers Intrigued by 25 Mysterious Repeating Radio Signals From Deep Space
Tractor Beam
Jan 26 on the byte
Scientists Build Working Tractor Beam, Although It's Comically Tiny
READ MORE STORIES ABOUT / Hard Science
Keep up.
Subscribe to our daily newsletter to keep in touch with the subjects shaping our future.
+Social+Newsletter
TopicsAbout UsContact Us
Copyright ©, Camden Media Inc All Rights Reserved. See our User Agreement, Privacy Policy and Data Use Policy. The material on this site may not be reproduced, distributed, transmitted, cached or otherwise used, except with prior written permission of Futurism. Articles may contain affiliate links which enable us to share in the revenue of any purchases made.
Fonts by Typekit and Monotype.