Turns out it takes a lot of effort to kill a tardigrade. 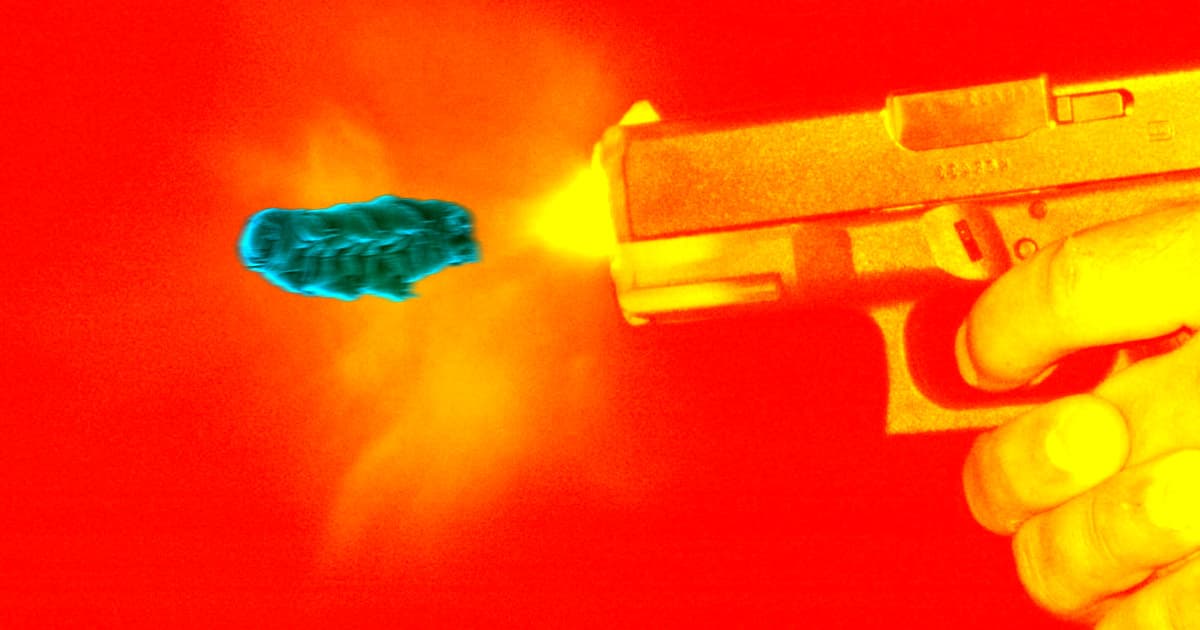 A team of researchers have fired tardigrades, which are the tiny microscopic invertebrates also known as water bears, out of a gun to see if they could survive in extreme conditions like in outer space, as Science Alert reports.

The tiny organisms are extremely hardy and can survive practically any conditions. Their survivability could have far-reaching consequences on our understanding of how life could spread throughout the Solar System — and our chances of ever encountering extraterrestrial life.

The research could also answer whether it's possible that we already contaminated a nearby celestial body with microscopic life. Israel's lunar lander Beresheet spilled thousands of tardigrades onto the surface of the Moon when it crashed in April 2019, prompting widespread speculation that some may have survived.

In the experiment, the team, made up of University of Kent astrochemist Alejandra Traspas and astrophysicist Mark Burchell, shot two to three individual freshwater tardigrades out of a specially made two-stage light-gas gun.

The gun first uses gunpowder and then pressurized hydrogen or helium to accelerate projectiles up to a speed of five miles per second.

The goal was to see if the tiny organisms could survive not only on the surface of otherwise inhospitable places like the Moon or other planets' icy moons, but also if they could survive a trip across the Solar System to seed microscopic life elsewhere via asteroids or comets that smash into celestial bodies at incredible speeds, a theory known as panspermia.

The tiny freshwater tardigrades were first frozen into a "tun" state, which has previously been shown to allow them to withstand extremely low temperatures as well as very dry conditions.

They were then fired at sand targets at several hundred meters per second, much faster than the velocity of a bullet leaving a handgun.

The results speak for themselves. A control group of 20 tardigrades that weren't shot out of the gun took eight to nine hours to recover from the same "tun" state. The ones shot at a velocity of 825 meters per second survived, but took a while to recover.

At 901 meters per second, though, the tardigrades turned into mush.

That means there are some constraints on their survivability when it comes to being blasted through the Solar System on an asteroid and impacting with a nearby planet.

The research didn't come to any new conclusions as to whether the tardigrades survived when Beresheet impacted with the lunar surface, but the spacecraft was reportedly only traveling at 134 meters per second vertically and 946 meters per second horizontally, as Science Alert points out.

And what about material hitting the Martian moon Phobos?

"Similarly, Martian impact ejecta striking Phobos, for example, at a typical impact speed will not permit viable transfer of tardigrade-like organisms, but if a fraction of such material had a lower impact speed, survival may be possible," the researchers write.

The researchers also argued that their findings could determine how to have a best chance of finding life during flybys of either Saturn's moon Enceladus and Jupiter's moon Europa — both of which have been found to eject saltwater in giant plumes.

Either way, our fascination with the tiny microscopic creatures continues. As it turns out, it really does take an astonishing amount of energy to kill a tardigrade.

READ MORE: Scientists Fired Tardigrades Out of a Gun to See if They Can Survive Space Impacts [Science Alert]

More on tardigrades: This Livestream of Tardigrades on Twitch is Oddly Soothing