The confirmation will change everything we thought we knew about how life began. 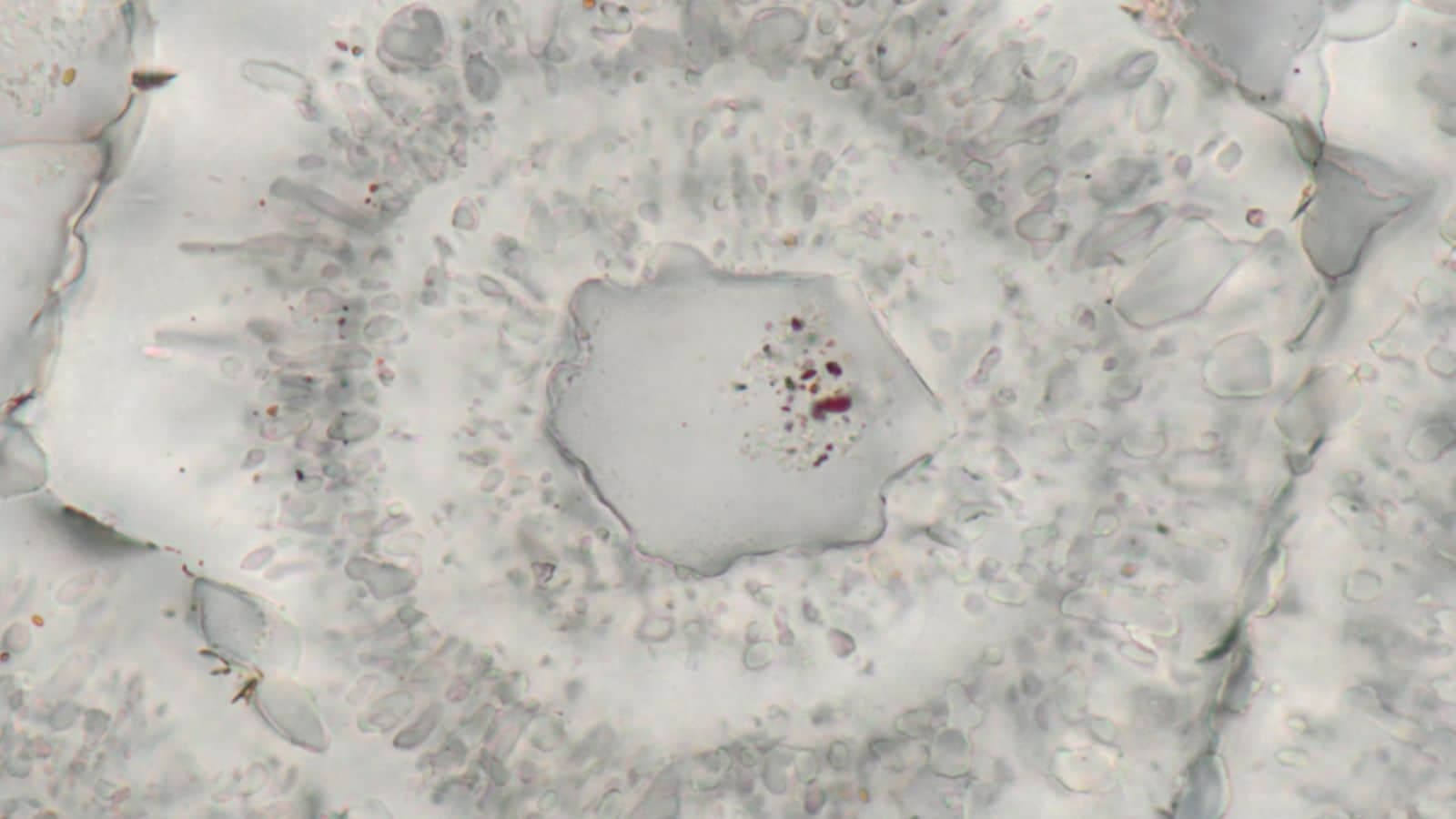 The origin of life has long been contentiously debated, often because researchers are trying to understand events that occurred billions of years ago. Adding to the debate is a recent discovery from deep in the exotic landscape of the Nuvvuagittuq (nuh-vu-ah-gi-took) belt in Canada where scientists have uncovered fossils they believe to be 3.77 billion years old. If they're right, that would make their discovery the oldest fossil evidence on record.

Claims that speculate the age of ancient fossils always set the science world ablaze, mainly because very old rocks often undergo geological deformations. Everything from erosion to weathering can remove signs of life, making it highly unlikely we'd find anything thousands, let alone billions, of years later. However, lead researcher Matthew Dodd is confident that his team's Canadian discovery will hold up to the scrutiny.

The straw-shaped "microfossils" uncovered by the team were found in a part of Canada that once was a hydrothermal vent on the ocean floor. The microscopic microbes that created these fossils would have germinated around the vents to take advantage of their volatile chemistry to create fuel. When the microbes died, iron in the water would latch onto their decaying bodies, eventually replacing their organic structures with stone that the researchers can now study.

After proper analysis, the youngest estimate of the microbes is around 3.77 billion years. However, the microbes may be as old as 4.28 billion years — that's only about 260 million years after the Earth was formed. The research is published in the journal Nature.

Life, Aliens, and the Pursuit of the Unknown

Our current understanding of the origin of life on Earth is that it dates back to 3.4 to 3.5 billion years ago. The present findings suggest that the first incidence of life occurred 300 million years sooner than that, so if the age of the microbe fossils is verified, the implications would be tremendous.

In addition to the findings by Dodd's team, the discovery of reportedly 3.7 billion year old fossils in Issua, Greenland is awaiting verification as well. Those fossils indicated the existence of a photosynthetic bacteria, while Dodd's team is suggesting their discovery is of a chemosynthetic bacteria's fossil. The age and apparent diversity of these organisms suggests a much more profound outlook on the origin of life in the universe.

These fossils would challenge our fundamental understanding of the origin of life. We would have to revisit what we thought we knew about the potential for organic matter to flourish during a time when the Earth was bombarded by asteroids, the environment was changing radically every hundred years, and the planet's surface was sodden with molten lava. If life was able to develop under those conditions, we're left with more questions than answers.

What we believed to be a steady process that required time and caution might just be something more sporadic, which would in turn suggest that life might be more of a cosmic phenomenon than just an Earth-based one. This could change how we think about the potential for life on other planets, or even Mars, which was teeming with oceans and warm 3.77 billion years ago. Not finding life on the Red Planet would tell us a lot, too, namely that life on Earth is due to some fluke or a phenomenon unique to our planet.

Now, all that's left to do is wait to find out if these ancient fossils are as ancient as their discoverers hope.

Read This Next
Whack-an-Alien
Chinese Scientists Say They May Have Detected Signal From Extraterrestrial Intelligence, But Probably Not
Loeb Love
Harvard Astronomer Argues That Aliens Visited Us in 2017
Loeb Strikes Again
Harvard Astronomer Says We Should Hunt for Alien Probes
Phone Home
SETI Institute Admits That Proxima Centauri Signal Is Very Strange
Venus Smells Like Rotting Fish
Breaking: Researchers Discover Signs of Life on Venus
More on Hard Science
Tractor Beam
Jan 26 on the byte
Scientists Build Working Tractor Beam, Although It's Comically Tiny
Having a Blast
Jan 18 on the byte
New Study Shows Where You Should Hide to Survive a Nuclear Attack
Offworld Amino
Jan 15 on the byte
Scientists Find Building Blocks of Life in Meteor That Smashed Into Family's Driveway
READ MORE STORIES ABOUT / Hard Science
Keep up.
Subscribe to our daily newsletter to keep in touch with the subjects shaping our future.
+Social+Newsletter
TopicsAbout UsContact Us
Copyright ©, Camden Media Inc All Rights Reserved. See our User Agreement, Privacy Policy and Data Use Policy. The material on this site may not be reproduced, distributed, transmitted, cached or otherwise used, except with prior written permission of Futurism. Articles may contain affiliate links which enable us to share in the revenue of any purchases made.
Fonts by Typekit and Monotype.