Scientists Can Now Turn off Feelings of Thirst in Mice

They’ve located the neurons that tell us to reach for the water. 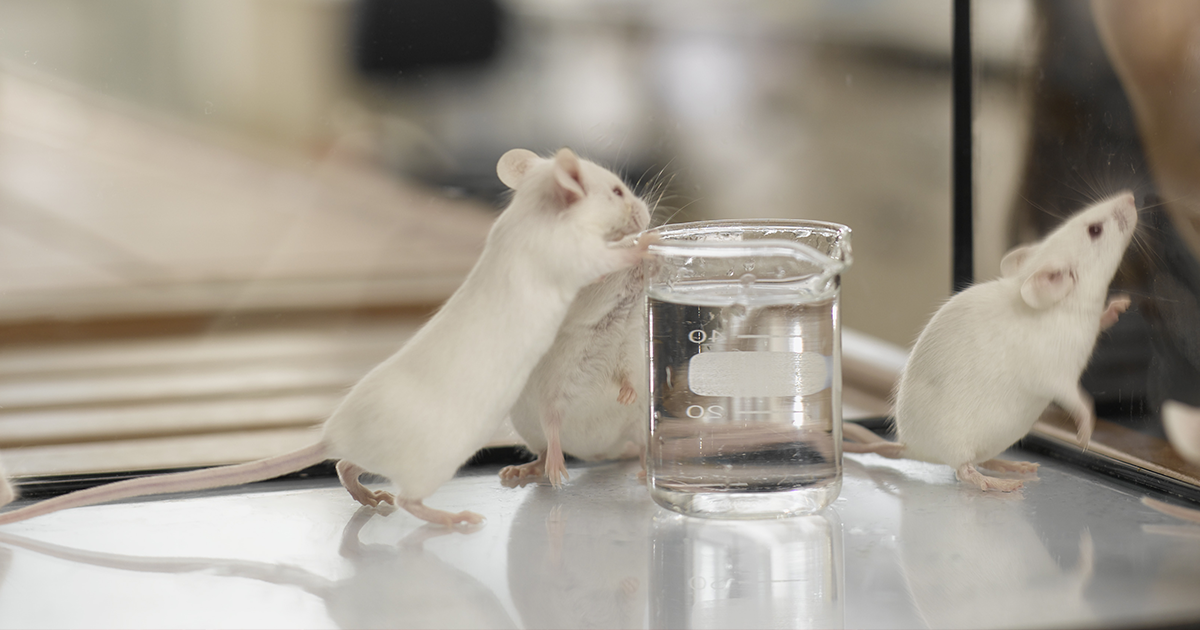 A Thirst for Knowledge

More than 60 years ago, researchers first identified the part of the brain that controls the feeling of thirst. Now, a team of scientists has identified the exact neurons responsible for telling our bodies when we need to reach for a beverage.

Led by Stanford neuroscience researcher William E. Allen, the team made this discovery by first depriving mice of water for 48 hours. Then, they analyzed the RNA expression in the animals' median preoptic nucleus (MnPO), the area of the brain previously linked to thirst. Through this analysis, the researchers were able to narrow down their area of interest to specific clusters of neurons within a particular region of the brain.

Some of the mice in the study were trained to access water by pressing a lever. The researchers noticed that when the neural activity in these mice decreased — a sign they weren't thirsty — so did the rate at which they pressed the lever.

Meanwhile, when mice were given the opportunity to stop the photoactivation of their MnPO neurons by pressing the lever, they did so "vigorously" — expressing a strong desire to free themselves from their feeling of unquenchable thirst.

The Next Level of Humanity

Thirst is one of our most basic drives. If we don't ingest the appropriate amount of water, our bodies can become dehydrated, causing our biological systems to shut down. Ultimately, we can die of thirst. Conversely, too much water can be problematic as well, causing the cells in our bodies to swell and potentially leading to seizures, coma, and death.

This new research from Stanford could lead to treatments that help people suffering from conditions such as adipsia (a lack of thirst) and polydipsia (an unquenchable thirst) make up for their bodies' inability to naturally maintain appropriate hydration levels.

Even more broadly, this research tells us something about the brain that we didn't previously know. Despite the vast amount of research in the field of neuroscience, the brain is still largely a mystery, and each new discovery puts us one step closer to unlocking its secrets.

Not only could a more complete understanding of the brain lead us to better treatments for psychological and neurological disorders, it could also help us reach the next level in human evolution — a time when we navigate virtual reality (VR) through thought alone, control bionic devices with our minds, and access the digital world via brain implants.

Read This Next
Buzz Buzz
Scientists Hijack Fruit Fly Brains to Remote Control Their Wings
Heady Stuff
Experiment Suggests That Consciousness May Be Rooted in Quantum Physics
Woooaaah
Scientists: The Human Brain Has Odd Similarities to the Entire Universe
Brain Freeze
Colleges Are Mailing Brains to Students to Dissect at Home
Brands We Love
Hone Your Mind with this Speed Reading & Memory Mastery Bundle
More on Hard Science
Warped Tour
9:11 PM on futurism
Professor Believes Door to Warp Drive May Lie With Ethylene Glycol
Sky Bursts
8:32 PM on the byte
Astronomers Intrigued by 25 Mysterious Repeating Radio Signals From Deep Space
Tractor Beam
Jan 26 on the byte
Scientists Build Working Tractor Beam, Although It's Comically Tiny
READ MORE STORIES ABOUT / Hard Science
Keep up.
Subscribe to our daily newsletter to keep in touch with the subjects shaping our future.
+Social+Newsletter
TopicsAbout UsContact Us
Copyright ©, Camden Media Inc All Rights Reserved. See our User Agreement, Privacy Policy and Data Use Policy. The material on this site may not be reproduced, distributed, transmitted, cached or otherwise used, except with prior written permission of Futurism. Articles may contain affiliate links which enable us to share in the revenue of any purchases made.
Fonts by Typekit and Monotype.