Science Explained: How Can We Weigh the Lightest Particle Known to Man? 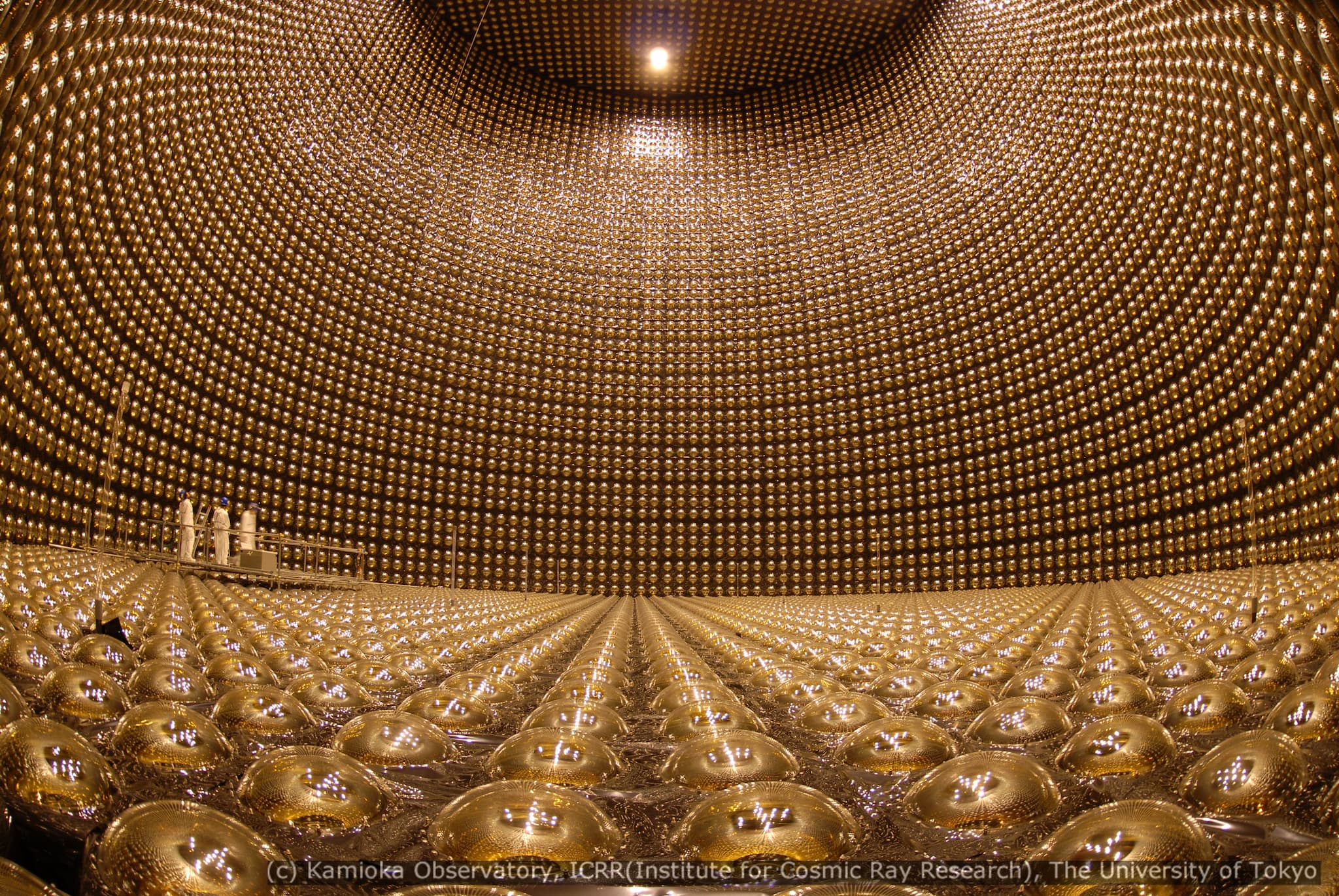 Neutrinos are the lightest particle of matter known to man. They are literally everywhere, and they pass through us unnoticed all the time. Really, they are pretty awesome.

As Tufts notes, "About 3 million billion solar neutrinos enter every square meter of the Earth’s surface facing the Sun every second, and pass out through the opposite surface unimpeded. Each second there are about 100 billion ghostly solar neutrinos passing through the tip of your finger, and every other square centimeter of your body, whether you are indoors or outdoors, or whether it is day or night, and without your body noticing them, or them noticing your body. At night they go through the entire Earth before reaching you."

Now, the biggest challenge is to figure out how we can weigh these amazingly light particles.

For some time, we thought that neutrinos had no mass; however, this (incorrect) assumption was thrown out when scientists found that neutrinos oscillate between three flavors: electron, muon, and tau. Notably, each of these flavors contains a mixture of three mass types.

But how can we possibly measure something so light that we only just discovered they have mass?

We aren't totally at a loss. According to measurements taken so far, scientists know that neutrinos must weigh less than 2 electronvolts. Now, a number of new experiments are attempting to measure this particle once and for all.

The Beginning of the Neutrino

Austrian-born theoretical physicist Wolfgang Pauli first proposed neutrinos. In the process of beta decay, a neutron in an unstable nucleus transforms into a proton while emitting an electron; however, some energy seemed to go missing.

Pauli suggested that the culprit was energy slipping away in the form of another particle.

Now, scientists hope to measure the neutrino by measuring the energy of electrons released during the decay of unstable atoms.

KATRIN, which is based at the Karlsruhe Institute for Technology in Germany, is one of the most notable experiments. KATRIN is using the decay of the radioactive isotope tritium to try and measure the neutrino; however, it won't be ready to deliver results until 2017. It will work by using a tank that is tuned to a specific voltage. Ultimately, this voltage will only allow electrons above a specific energy to pass through to the detector at the other side.

Project 8 takes another route. They will try to capture the energy of each individual electron ejected from a beta decay by measuring the frequency of its spiraling motion in a magnetic field.

There are 3 other experiments which are using different methods. Specifically, they are using isotopes of holmium. There is ECHo and HOLMES in Europe and NuMECs in the US.

But notably, while these experiments may help us better understand just how light neutrinos can be (i.e., they might lower the upper limit so we have a better idea of just how light they really are), they may not give us an ultimate answer to its exact mass. But time will tell, and in the coming years, new tech may give us better means of measuring.

Read This Next
Turn Back Time
Scientists Say There May Be a Mirror Universe in Which Time Runs Backwards
I Must Axion A Question
Physicists Say They've Found Evidence of Elusive Axion Particle
Futurism
For the First Time, Scientists Have Measured the Earth's Ability to Absorb Neutrinos
Futurism
60 Years Since They Were First Observed, There’s Much Left to Learn About Neutrinos
Futurism
Why Neutrinos Aren't "Real"
More on Hard Science
Warped Tour
Yesterday on futurism
Professor Believes Door to Warp Drive May Lie With Ethylene Glycol
Sky Bursts
Yesterday on the byte
Astronomers Intrigued by 25 Mysterious Repeating Radio Signals From Deep Space
Tractor Beam
Jan 26 on the byte
Scientists Build Working Tractor Beam, Although It's Comically Tiny
READ MORE STORIES ABOUT / Hard Science
Keep up.
Subscribe to our daily newsletter to keep in touch with the subjects shaping our future.
+Social+Newsletter
TopicsAbout UsContact Us
Copyright ©, Camden Media Inc All Rights Reserved. See our User Agreement, Privacy Policy and Data Use Policy. The material on this site may not be reproduced, distributed, transmitted, cached or otherwise used, except with prior written permission of Futurism. Articles may contain affiliate links which enable us to share in the revenue of any purchases made.
Fonts by Typekit and Monotype.