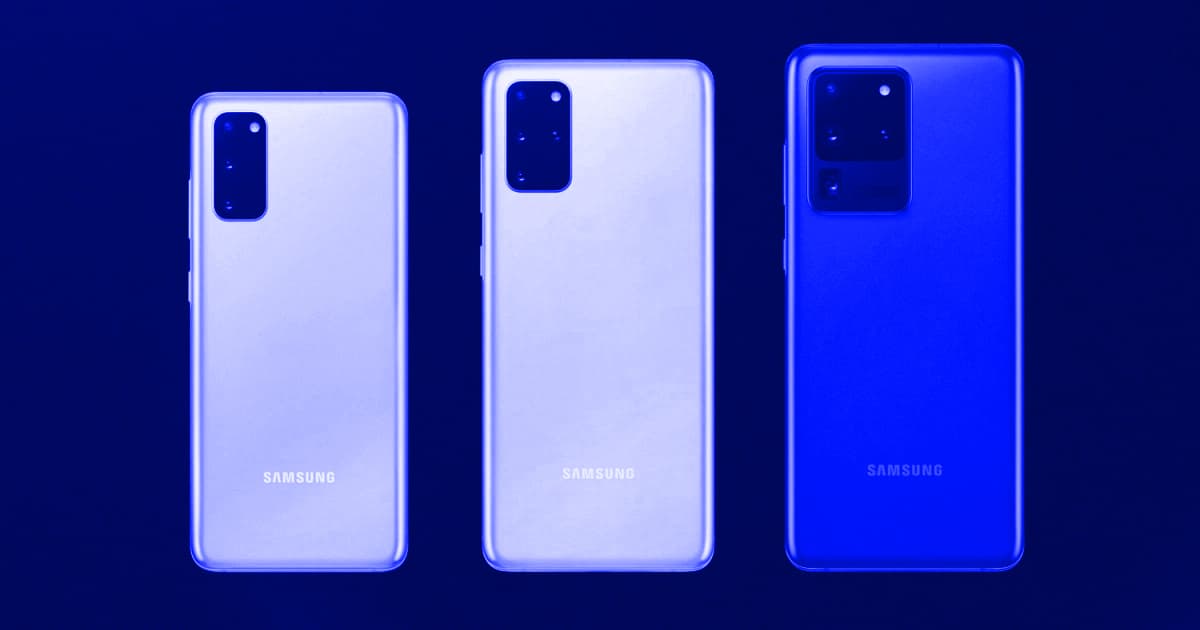 Last week, Samsung unveiled their new line of flagship phones, the Galaxy S20 Series, at the “Samsung Unpacked” media event. And if you’ve been waiting for the right time to upgrade, that time is definitely now.

Samsung’s claim that the Galaxy S20, S20 Plus, and S20 Ultra will “fundamentally change the way we capture and experience our world” may be a bit hyperbolic. But with 5G technology and a groundbreaking new camera system, there’s no denying that these phones can do things most of us never thought possible.

Of course, the first thing you’ll notice about the new Galaxy S20s is they don’t look all that different from the Galaxy S10s. The only noticeable aesthetic change is the layout of the cameras. But on the inside the S20s feature some pretty serious upgrades.

Let’s start with the 5G. The Galaxy S20 features low-band (sub6) 5G connectivity, which is currently the most common nationwide 5G technology. However, in addition to low-band 5G, the S20 Plus and Ultra also feature high-band (mmWave) 5G technology. This type of 5G is still being rolled out, but it offers speeds up to 100 times faster than 4G LTE. The Plus and Ultra are the first phones to offer both kinds of 5G connectivity. So this is a game-changer.

Another major upgrade you get with the S20s are the screens. Not only are they bigger than ever, with the 6.2-inch S20, the 6.7-inch Plus, and the massive 6.9-inch Ultra, but they also feature the option of switching to an incredible 120Hz refresh rate, which takes your streaming and gaming experiences to a whole new level.

Still, the biggest upgrade, and the one getting the most buzz right off the bat, is the Galaxy S20’s camera system. Samsung’s brand new new architecture combines AI-driven image processing with huge image sensors to produce professional quality images and videos.

How big are these image sensors?

The same AI that powers Samsung’s new “Space Zoom” technology also powers an innovative new camera feature called “Single Take.” Basically, “Single Take” lets you use all the bells and whistles of the new camera system at the same time. Simply point your phone at the subject, press the button, and “Single Take” captures wide angle shots, close up shots, videos in incredible 8K resolution, and even GIFs. It then presents them all in a little collage, and you can choose which ones you want to keep.

Naturally, with all this incredible technology, the new Galaxy S20s have premium price tags. The S20 starts at $999, the Plus starts at $1199, and the Ultra starts at $1399. However, if all those insane camera specs have you salivating, don’t let those prices scare you off.

If you pre-order a new Galaxy S20, Plus, or Ultra, you can get between $200 and $700 off when you trade in your old phone. You can also take advantage of Samsung Financing, which gives eligible customers 0.00% APR for 36 months.

In short, if you think you can’t afford the most sophisticated smart phone camera ever made, think again.

The Galaxy S20, Plus, and Ultra are available for pre-order from February 21 to March 5. They hit stores March 6. Don’t wait.

Read This Next
5G or 6G?
Trump's Campaign Team: Government Should Manage 5G Networks
Like a 6G
Trump Calls For "6G," Which Doesn't Exist
Futurism
We’re One Step Closer to Super-Fast 5G Networks
Futurism
A Government-Controlled 5G Network Could Have Long-Lasting Effects on Society
Futurism
Trump Administration May Build 5G Network to Protect Against Cyber Threats
More on Future Society
Rough
Yesterday on futurism
Elon Musk's Twitter Is Reportedly Failing Miserably to Contain Horrific Child Abuse Content
YouTube Propaganda
Yesterday on the byte
Experts Say There's Something Very Weird About North Korean YouTubers
Bird Crap
Feb 4 on the byte
It Looks Like Elon Musk Is Actually Building a Twitter Payment Platform
READ MORE STORIES ABOUT / Future Society
Keep up.
Subscribe to our daily newsletter to keep in touch with the subjects shaping our future.
+Social+Newsletter
TopicsAbout UsContact Us
Copyright ©, Camden Media Inc All Rights Reserved. See our User Agreement, Privacy Policy and Data Use Policy. The material on this site may not be reproduced, distributed, transmitted, cached or otherwise used, except with prior written permission of Futurism. Articles may contain affiliate links which enable us to share in the revenue of any purchases made.
Fonts by Typekit and Monotype.