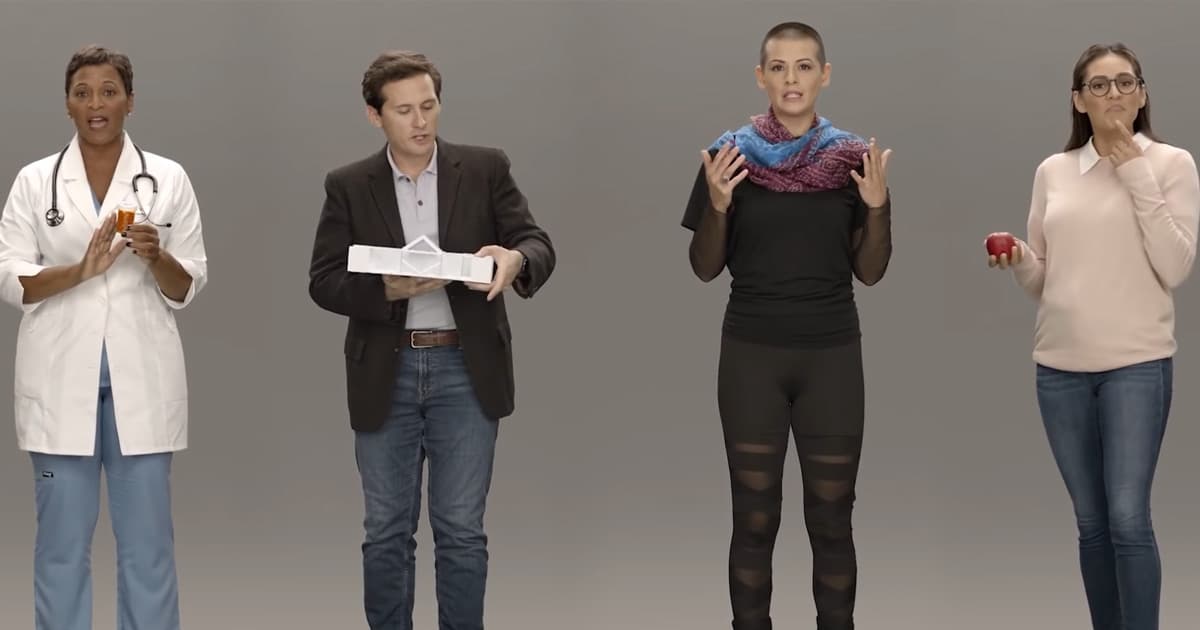 Since mid-December, Samsung has been teasing "artificial humans" through a project called NEON, promising to reveal details at the 2020 Consumer Electronics Show.

Well, CES is still a day away, but newly leaked videos and a tweet from NEON's project leader provide a sneak peek at the project — and suggest that it might just live up to Samsung's hype.

On Saturday, Reddit user Saniska posted links to several videos of Samsung's artificial humans they found hidden in the source code for the NEON website.

Reddit has since removed the links, but not before a YouTube channel compiled the videos' contents into a single clip. And based on that video, below, NEON appears to center on the creation of incredibly lifelike digital avatars for existing people.

A tweet shared by NEON project leader Pranav Mistry on Sunday seems to confirm the leak. It features two almost identical images of one person, but the cryptic text implies that one of the images is computer-generated.

We won't know just how impressive NEON actually is, though, until Samsung presents the tech — but with CES kicking off tomorrow, we don't have long to wait.

Samsung Hopes the AI in the Galaxy S8 Will Help You Forget the Note 7 Explosions
11. 7. 16
Read More
Samsung Acquires Viv, an AI Assistant Created by the Minds Behind Siri
10. 6. 16
Read More
Samsung to use “smart factories” to replace human labor with high-precision robots
10. 20. 15
Read More
+Social+Newsletter
TopicsAbout UsContact Us
Copyright ©, Camden Media Inc All Rights Reserved. See our User Agreement, Privacy Policy and Data Use Policy. The material on this site may not be reproduced, distributed, transmitted, cached or otherwise used, except with prior written permission of Futurism. Fonts by Typekit and Monotype.