The future of smartphones is rollin' (and foldin') along quite well. You may be able to get your own bending phone in 2017. 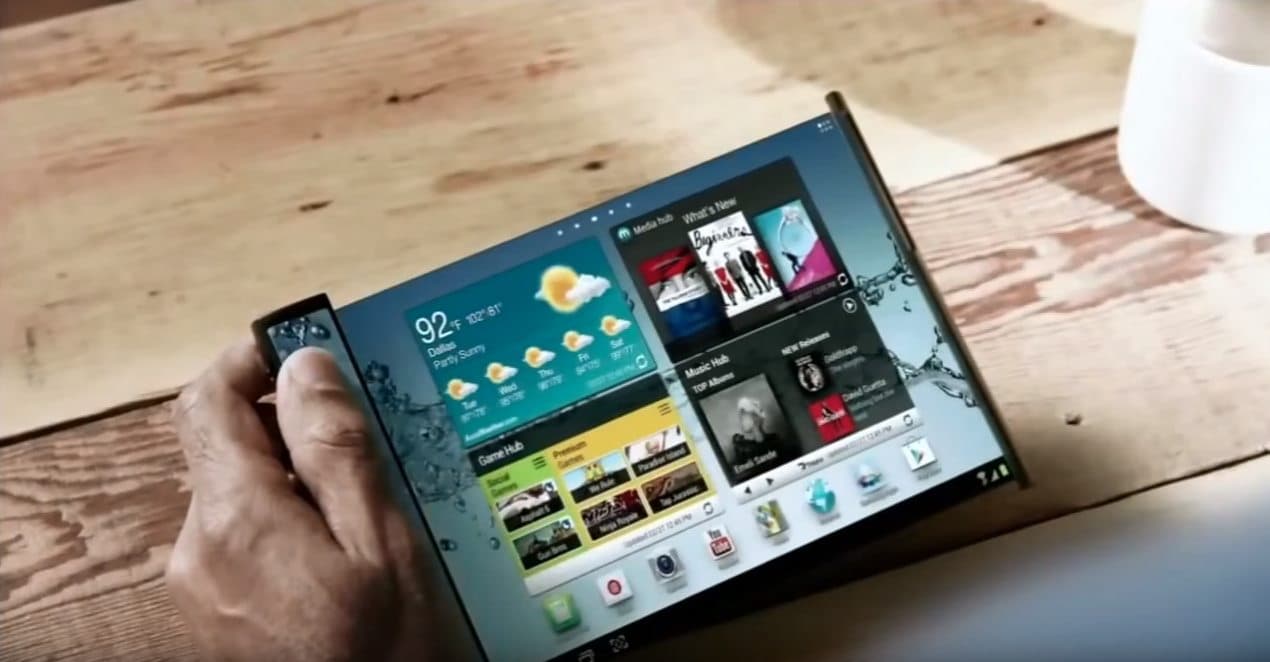 Tech giant Samsung has been playing with the idea of flexible displays in the past. In fact, they previously showed off a highly flexible YOUM monitor that they had developed at the Consumer Electronics Show in 2013, making the dream of having smartphones with flexible displays much closer to becoming reality.

Now, Samsung has filed patents detailing the designs of a rollable, foldable and bendable smartphone, showing just how serious the electronics company is about developing this concept.

The first design on the patent is a rollable phone that resembles a paper scroll. When rolled-up, it takes the form of a tube, making it easy to travel with and keep around. When unrolled, it reveals a large screen that can either be made out of OLED or flexible LCD, replacing the glass with a clear film of plastic.

Another design on the patent features a tablet that folds almost half. The patent also features the design in its two states — folded and unfolded. The fold is placed off-center, leaving a tab on the left side for the user's favorite apps. When unfolded, the screen doubles in size.

Last on Samsung's patent is a design for a smartphone that bends over itself in an odd sort of way. Opening the phone reveals a long screen while bending will prompt the phone to show icons for quick actions such as checking text messages, playing music, making calls, and other similar apps.

Samsung's patent application was originally filed in South Korea last 2014. Only on May 2015 did they manage to file the patent in the US. Though these designs are, at the moment, simply illustrations on paper, it is always very interesting to take a look into what tech companies like Samsung foresee smartphone to be in the future.