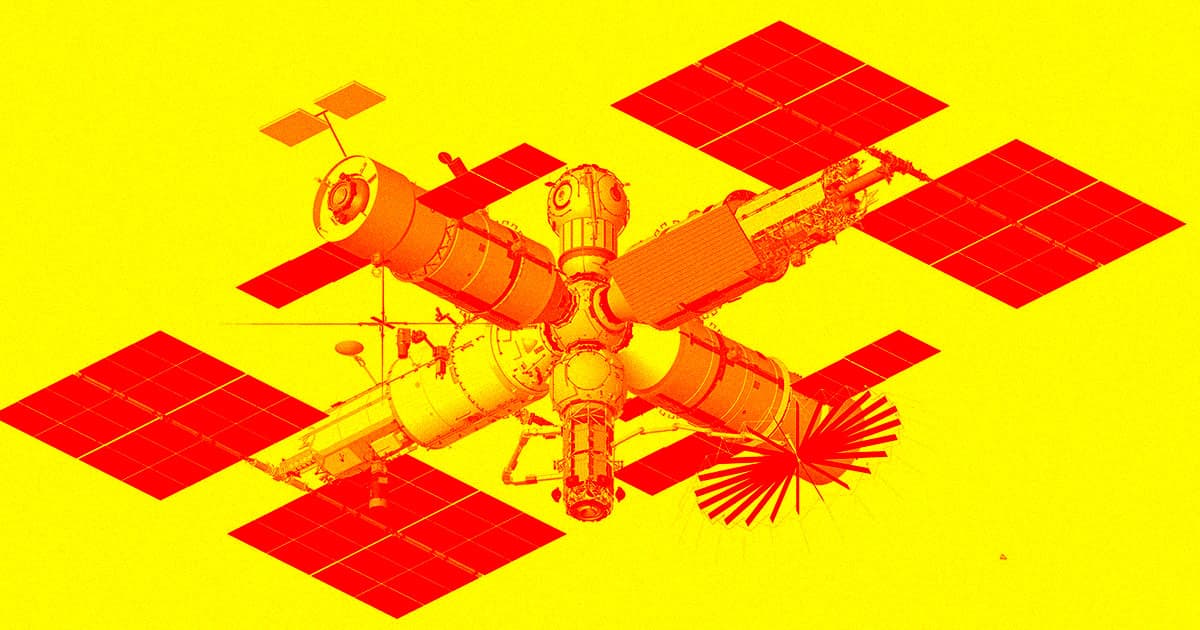 Russia announced on Tuesday that it's abandoning the International Space Station "after 2024," saying that it's looking to build its own orbiting station instead.

In fact, in many ways the ROSS station sounds like a step backwards compared to what the ISS is still capable of, despite nearing the end of its life cycle.

For one, the station won't be permanently inhabited like the ISS, or even China's brand-new space station.

In the interview, Solovyov defended the decision, pointing out the costs involved in having a rotational crew inhabit a space station. He argued that Russia could more effectively use the resources needed for a permanent crew to run scientific experiments in orbit, while also allowing the station to orbit the Earth in an untethered orientation.

"We propose to carry out manned flights to ROSS only when the necessary amount of work is collected, which only astronauts can perform," he told Roscosmos, as translated by Google. "We have yet to find a reasonable balance between the duration and frequency of flights."

Crewed expeditions to ROSS would only last up to two months to complete necessary repair works. The plan is to have crews visit ROSS twice a year, while the country's Progress spaceships will deliver cargo.

Thanks to the inclination of its planned orbit, a Sun-synchronous orbit, the station will be able to study the Earth's poles and magnetosphere. Weather and imaging satellites already use similar orbits allowing them to observe the surface below with consistent lighting since they always maintain the same relationship with the Sun.

Solovyov claims that phase one of construction could be completed as soon as 2030, at which point the station will feature a "Scientific and Energy Module" as well as a docking module that will add six docking stations.

The latter will resemble the Nauka module, which docked with the International Space Station last year, according to Solovyov.

In his telling, Russia is also aiming far beyond scientific endeavors in Earth's orbit.

"With political will and sufficient funding, ROSS can be used as a base for assembling a lunar or Martian complex," Solovyov said. Smaller and cheaper rockets could complete the remaining trip to the lunar surface with cosmonauts on board.

Completing the construction of a multi-segment space station is a gargantuan task — and Russia's timeline is highly ambitious.

If past efforts are anything to go by, having crews visit a brand new station by 2030 is unrealistic. The development of Russia's Nauka module alone took decades — Roscosmos was hoping to originally launch the segment back in 2007, but countless delays pushed the launch to last year.

Then there's the fact that the country's space program has largely shut itself off from the rest of the international space community following Russia's invasion of Ukraine, with former Roscosmos chief Dmitri Rogozin choosing a scorched-Earth approach, burning plenty of bridges during his leadership.

And in a larger context, a largely uninhabited space station isn't exactly going to provide Russia with a groundbreaking new way to conduct scientific research in space.

With China setting a hard-to-follow precedent — the country has a shot at completing the construction of its own space station in less than 18 months — Russia's rapidly aging space program has its work cut out for it.

It all raises the question of whether Russia is managing expectations. While ROSS will more than likely serve as a technological upgrade to the aging ISS, we can't help but think it's a bit of a downgrade as well, compared to the potential of a multi-national collaboration on a worthy successor to the ISS.

READ MORE: Vladimir Solovyov on the design of the Russian Orbital Station [Roscosmos]

More on Roscosmos: Russia Says It's Definitely Quitting the ISS But Doesn't Say When Exactly

Read This Next
Sabers Rattled
Russia Issues Veiled Threat to Shoot Down Pesky SpaceX Satellites
Buh Bye
Russia Says It's Definitely Quitting the ISS But Doesn't Say When Exactly
Don't Let the Door Hit You
Russian Space Chief Leaving Post, May Be Headed to War Zone
Gone Girl
Rumors Swirl That the Deranged Head of the Russian Space Program Is Getting Fired
Virts Ramp
Former NASA Astronaut Says America Should Cut Russia Loose on the Space Station
More on Off World
TTFN
Yesterday on the byte
Skkrt! NASA's Orion Heads Back to Earth, Leaves Moon in the Dust
Icy Comet Eruption
Yesterday on the byte
Astronomers Spot Volcano Erupting on a Distant Comet
RUD-dy
Yesterday on the byte
SpaceX Rocket Engine Explodes In a Green Blast
READ MORE STORIES ABOUT / Off World
Keep up.
Subscribe to our daily newsletter to keep in touch with the subjects shaping our future.
+Social+Newsletter
TopicsAbout UsContact Us
Copyright ©, Camden Media Inc All Rights Reserved. See our User Agreement, Privacy Policy and Data Use Policy. The material on this site may not be reproduced, distributed, transmitted, cached or otherwise used, except with prior written permission of Futurism. Articles may contain affiliate links which enable us to share in the revenue of any purchases made.
Fonts by Typekit and Monotype.