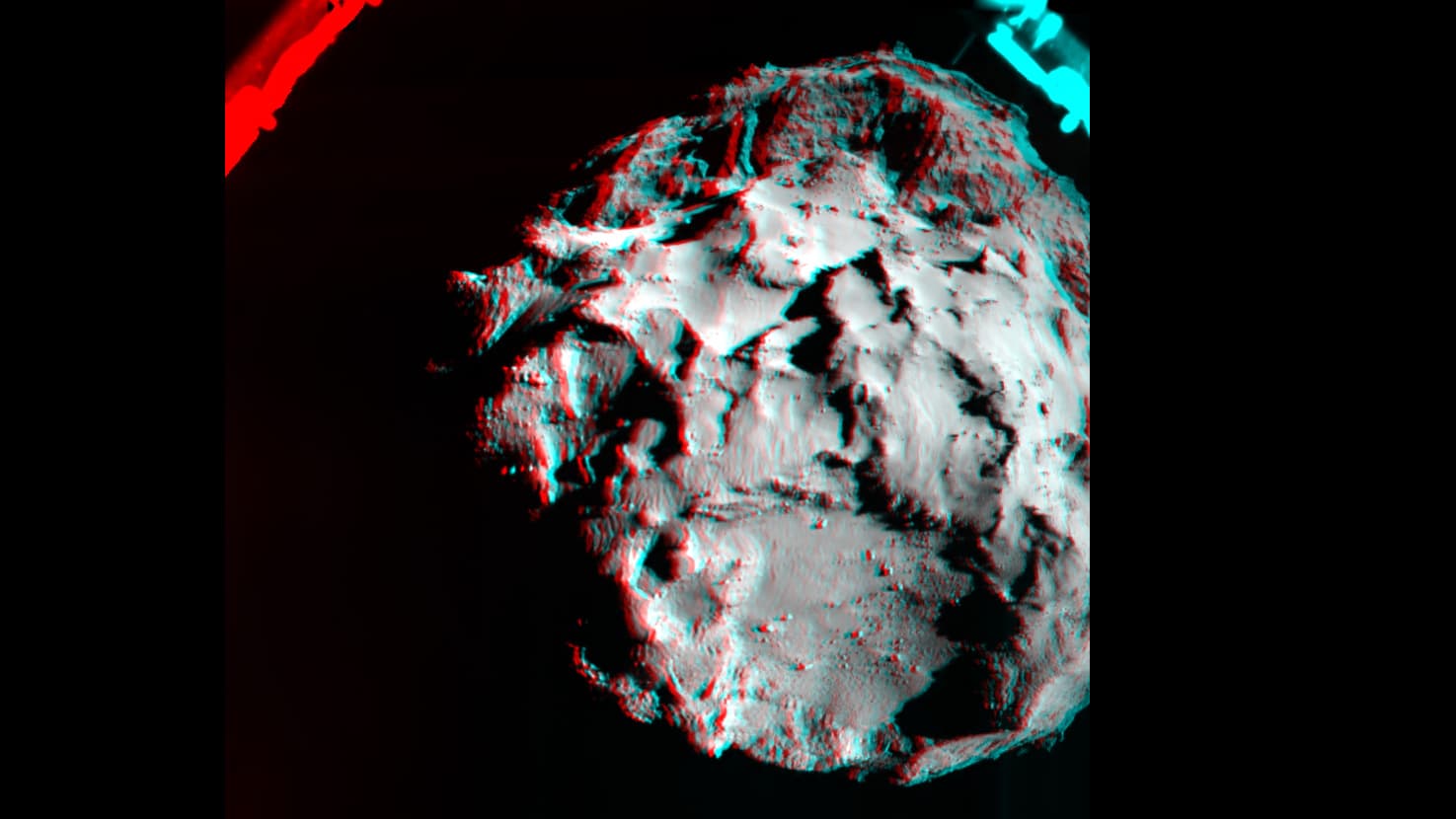 A 3D image shows what it would look like to fly over the surface of comet 67P/Churyumov-Gerasimenko. The image was generated from data collected by the Rosetta Lander Imaging System (ROLIS) aboard the European Space Agency’s Philae spacecraft during the descent to the spacecraft’s initial touchdown on the comet Nov. 12. The European Space Agency also released an audio track of the first of the lander’s three touchdowns on the surface of the comet).

The stereographic image was generated using two images acquired by ROLIS when Philae was a little less than 2 miles (3 kilometers) from the surface. The images were taken two minutes apart — about one hour prior to the spacecraft’s initial touchdown on 67P at 8:03 a.m. PST (11:03 a.m. EST). In the image, the landing site Agilkia can be seen immediately below. In the top right of the field of view, one of the landing gear feet can be seen. The resolution is about 10 feet (3 meters) per pixel. To appreciate the 3D effect, the image must be viewed with red-blue glasses.

At the time Philae made its first touchdown on the comet, a short but significant “thud” was heard by Philae’s Cometary Acoustic Surface Sounding Experiment (CASSE) as the spacecraft made its first touchdown. The two-second recording from space is the very first of the contact between a man-made object with a comet upon landing. The CASSE sensors are located in the feet at the base of all three legs of the lander.

Comets are time capsules containing primitive material left over from the epoch when our Sun and its planets formed. Rosetta will be the first spacecraft to witness at close proximity how a comet changes as it is subjected to the increasing intensity of the Sun’s radiation. Observations will help scientists learn more about the origin and evolution of our solar system and the role comets may have played in seeding Earth with water, and perhaps even life.