Overtone Singing: The Science Behind Singing Multiple Notes At Once (VIDEO) 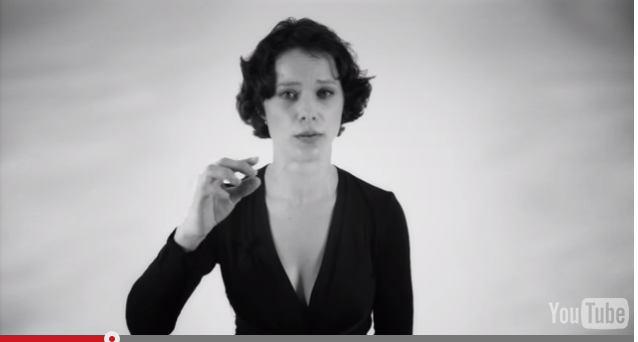 This video has been making the rounds recently. It's a neat little example of a thing called "overtone singing," which is also known as "throat singing." When you first hear it, it may seem like it must be a talent that is only granted to a rare few, but it is actually a technique that nearly anyone can learn. As singer Anne-Maria Hefele states, "overtone singing is a voice technique where one person sings two notes at the same time." This is accomplished by manipulating the placement of your tongue and the shape of your mouth. Such manipulation produces a low note and a high note.

At first glance, overtone singing might not seem like it involves any physics, but it's actually firmly linked to this Science (at least in the Western world). Piero Cosi, senior researchers at the Institute of Cognitive Science and Technologies, states that overtone singing made its way to the West thanks to an American physicist known as Richard Feynman (one of the father's of quantum mechanics). When tracing its history, Cosi asserts that, "Throat-Singing has almost entirely been an unknown form of art until rumours about Tuva [which is a is a federal subject of Russia] and the peculiar Tuvan musical culture spread in the West, especially in North America, thanks to Richard Feynman, a distinguished American physicist, who was an ardent devotee of Tuvan matters."

According to William R. Corllis, many birds can also produce simultaneously two tones that are not harmonically related. Notably, these birds have a special double-barreled organ, which is called the "syrinx," that enables them to preform this feat. In humans, the process works a little differently. Jim Cole, over at Spectral Voices, notes that, for overtone singing, performers start by following these simple guidelines:

To begin singing high whistle-like overtones, the sides of the tongue are curved upward and held nearly against the upper premolar teeth - creating a seal with the roof of the mouth all the way around (with a small opening for air to pass).  To try this yourself, sing "errrr"  For higher overtones, move the tongue forward. Vowel sounds and lip shapes are important in fine-tuning the harmonics.  The lowest harmonics are emphasized with tight "oo" sounds, while increasingly higher harmonics can be heard as vowels change through "oh...awe...ah...ay...ee," and everything in between.

Cosi breaks down the science, "the tongue is raised so to divide the vocal tract in two main resonators, each one tuned on a particular resonance. By an appropriate control, we can obtain to tune two separate harmonics, and thereby to make perceptible, not one but two (or more) pitches at the same time." In the below video, Hefele demonstrates how to do this, and what it should sound like when you are doing it correctly. Of course, it should be noted that Hefele has been training for years (she has been studying the technique since 2005), so you shouldn't expect results like this any time soon. (The most amazing parts occur around 3:25).

READ NEXT: NASA Records The Sounds of Space